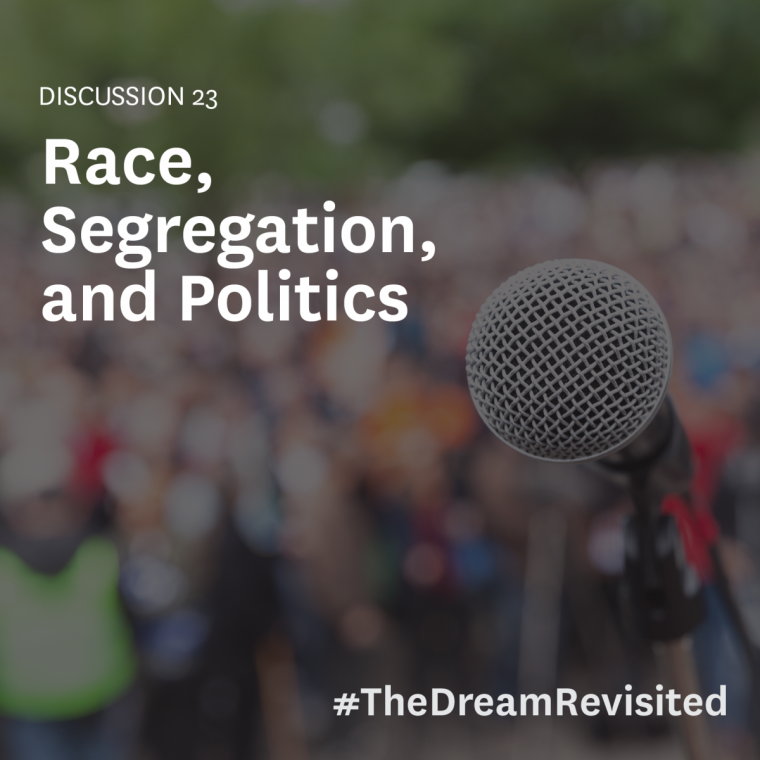 The twenty-third discussion on The Dream Revisited, Race, Segregation, and Politics, explores the impact of persistent racial segregation on political discourse and electoral outcomes in the United States.

The Dream Revisited is a series of thoughtful debates related to racial and economic segregation in neighborhoods and schools. It is a project of the NYU Furman Center and edited by Ingrid Gould Ellen and Justin Steil. Past discussions have explored such topics as the role of implicit bias in sustaining segregation, HUD’s Affirmatively Furthering Fair Housing rule, the pros and cons of Small Area Fair Market Rents (SAFMRs), and balancing investments in people and investments in place.

The Dream Revisited is supported in part by a grant from the Open Society Foundations. If you have any comments or suggestions for future discussions, email us at [email protected]