The NYU Furman Center's Housing a Nation Policy Minute series summarizes timely research on the largest federal subsidies for the development and preservation of affordable housing. This series sheds light on how these subsidies operate in jurisdictions across the U.S. This week we focus on the Low-Income Housing Tax Credit (LIHTC), which was established by the Tax Reform Act of 1986. LIHTC is the nation’s largest subsidy for the construction of affordable rental housing for low-income households.

While the LIHTC legislation targets families with higher incomes, 45% of LIHTC tenants have extremely low incomes. The NYU Furman Center’s 2013 study, What Can We Learn about the Low-Income Housing Tax Credit Program by Looking at the Tenants?, by Katherine O’Regan and Keren M. Horn, uses tenant-level data to better understand tenant incomes, rental assistance, and rent burdens among households in LIHTC developments. The authors find that while LIHTC tenants tend to have higher incomes than households in other federally-assisted rental programs, still approximately 45% of LIHTC tenants have extremely low incomes (ELIs).  Rent burdens for LIHTC tenants are lower than those for renters with similar incomes nationally. However, rent burdens for LIHTC tenants are generally higher than we expect for renters receiving other forms of federal rental assistance. More >>

Tenants living in LIHTC developments have access to slightly better schools than households receiving other forms of housing assistance. The NYU Furman Center’s 2012 study, Do Federally Assisted Households Have Access to High Performing Public Schools, by Ingrid Gould Ellen and Keren M. Horn, uses household data to explore whether housing assistance “has the potential to break the cycle of poverty through breaking the link between poor households and low performing schools.” The authors find that assisted households as a whole are more likely to live near lower-performing schools. However, the median school near households living in LIHTC developments is ranked slightly higher and has a lower poverty rate than the median school nearest to households living below the federal poverty line. Still, 23% of LIHTC households live near low-performing schools. More >>

"In a resource-constrained environment, this is a high-stakes debate. Unless we plan to raze troubled neighborhoods or turn them over for total gentrification, we need to deal with the myriad challenges they face. It will take a thriving Low-Income Housing Tax Credit program to tackle deeply entrenched poverty and build the kind of economic stability that reaches beyond any one development effort." 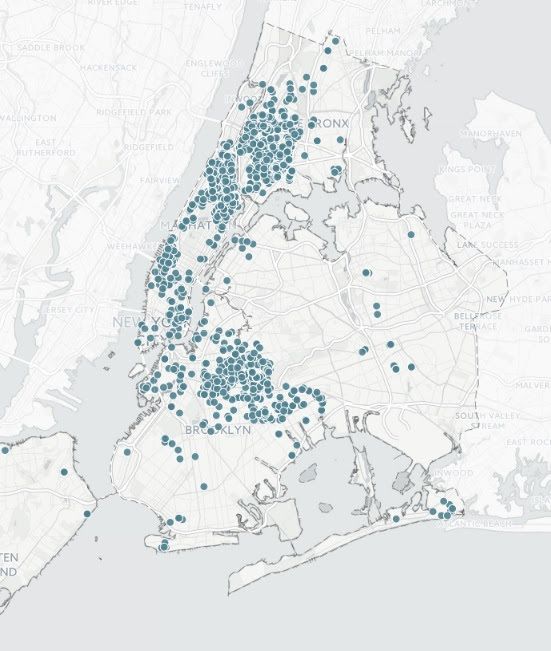 Low-income housing development brings with it significant reductions in crime. The 2016 study, Low-Income Housing Development and Crime, by authors Matthew Freedman and Emily Owens, explores the effect of LIHTC development on crime. The authors use a two-step method to isolate the causal relationship between LIHTC development and falling crime rates. The authors find that “[l]ow-income housing development, and the associated revitalization of neighborhoods, brings with it significant reductions in violent crime that are measurable at the county level.” More >>

LIHTC development leads to increased housing values in declining and stable neighborhoods. The 2009 study, The effects of low income housing tax credit developments on neighborhoods, by Nathaniel Baum-Snow and Justin Marion, evaluates the impacts of LIHTC developments on the neighborhoods in which they are built.  The authors find that LIHTC developments increase turnover in owner-occupied housing units within one kilometer of these projects and depress household income in the surrounding neighborhood when built in gentrifying areas. They also generate a positive amenity effect in stable and declining neighborhoods, however, as they lead to higher housing values. Finally, the authors show that LIHTC units modestly crowd out rental construction, as each LIHTC unit leads to an increase in supply of 0.8 new rental units in the immediate area.  There is more significant crowd-out of private construction in gentrifying areas. More >>

The Dream Revisited: Housing Subsidies & Inclusive Communities is the fourteenth discussion in the NYU Furman Center's series of thoughtful debates on issues related to racial and economic segregation in neighborhoods and schools. The four essayists in this discussion – Adam Gordon, Katherine O’Regan, Denise Scott, and Robin Hughes – examine “the policy issues underlying Texas vs. The Inclusive Communities Project: how government officials should balance the use of Low-Income Housing Tax Credit (LIHTC) allocations to create affordable homes in low-poverty neighborhoods with the use of LIHTC allocations to catalyze economic development in high-poverty neighborhoods." More >>

Even though agencies that administer LIHTC funds have flexibility to implement the program, certain practices may need greater oversight. According to a report from the U.S. Government Accountability Office, Low-Income Housing Tax Credit: Some Agency Practices Raise Concerns and IRS Could Improve Noncompliance Reporting and Data Collection, the current administrator of LIHTC funds, the IRS, could improve their oversight over allocating agencies. The authors recommend appointing HUD as a joint administrator due to its expertise as an agency with a housing mission. More >>