A Nation Divided Still: How a Vote for Trump Says More about the Voter than the Candidate Himself

The impact of the 2016 election will be felt for generations to come. For those who sought to blow up Washington, their motivations for voting for Trump illustrate the cognitive dissonance white voters have when it comes to “government” and the services that government actually provides and has provided them for generations. Lest we forget, “government” encompasses public schools, dutiful police (in their communities), the GI Bill, which likely assisted many of their fathers or themselves, and assistance when needed (public and environmental) when in times of crisis.

Jesse Jackson (1969) argued that real economic change and advancement is not possible because poor whites consistently choose their racial status over their economic status. Trump played into the racial hierarchy “advantage” for poor whites.  But segregation facilitated their parochialism.  Segregation blinds white Americans and prevents them from seeing their fellow Americans as equal or deserving of the same benefits they have enjoyed. Segregation blocks empathy and leads whites to hold blacks, Latinos, and others accountable for the ills in their communities, rather than seeing the neighborhood disparities as byproducts of historical, systematic, and institutional practices, policies, and laws that created these inequities in the first place.

The Trump strategy, while often framed as initiatives from far right, extends well beyond the right wing fringes of the Republican Party. The current retrograde policies of the Trump administration are made possible, and will succeed, due to the silence from the middle of the ideological spectrum, voters and elected officials alike.  There is a tendency to focus primarily on white working class voters when attempting to understand the politics of a racially segregated nation. To focus only on white working class voters is to lose sight of the role that middle class and upper class whites have played and continue to play in the racial agenda of the new Republican Party. Racial and economic segregation continue to permeate almost all levels of the democratic experiment, which continues to calcify the deep polarization in this country.

I agree with Thompson in that whiteness “goes at the heart of what it means to be American”. However, the heart of the American foundation is also based on capitalism, anti-black racism, white supremacy, patriarchy, and segregation. The neo-fascist and racist animus that currently divides the country extends beyond the white working class and helps explain why the white middle class (including white middle class women) voted for Trump [1].

Even while taking the past history of this nation and the current racially polarized political climate into account, there are some promising moments on the horizon. Organizations like Project South and the Black Alliance for Just Immigration (BAJI) are forging multi-class, multi-state, and inter-generational movements across the country. They primarily focus on leadership development of all members, connecting communities both locally and globally, building political, economic, and educational power at the grassroots, and providing a space for diverse Black groups to connect and advocate. These organizations and those like them are moving away from the “Civil Rights model” which has been a historically hetero-normative black male leadership model, one still too often replicated in large Black-led organizations.

America has been and continues to be void of empathy with respect to people of color in this country. One can look to past signs of, “No N-ggers. No Jews. No dogs” and the current iterations, signs, and postings by white voters (of all classes), which some dismiss as merely expressions of “economic anxiety.” Immediate actions to save and change democracy are imperative. Structural inequality is now reinforced by a swift moving far-right agenda that seeks to roll back progressive and inclusive policies, all while the systems of the separation of powers and checks and balances are challenged by executive branch bullying. The rules have changed, and therefore, so must our strategies. A winning strategy must encompass both electoral and protest politics. Most fundamentally, we must begin by bringing communities together through combatting both the physical and ideological segregation of this nation.

Christina M. Greer is an Associate Professor at Fordham University

[1] Junn (2016) astutely explains how these white female voters have been hiding in plain sight and have consistently chosen to vote in line with their elevated racial status over their gender. 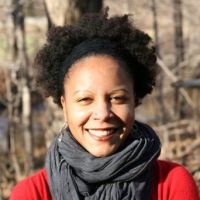 Christina Greer is an Associate Professor of Political Science at Fordham University. Her research and teaching focus on American politics, black ethnic politics, urban politics, quantitative methods, and public opinion. She is the author of the book Black Ethnics: Race, Immigration, and the Pursuit of the American Dream.