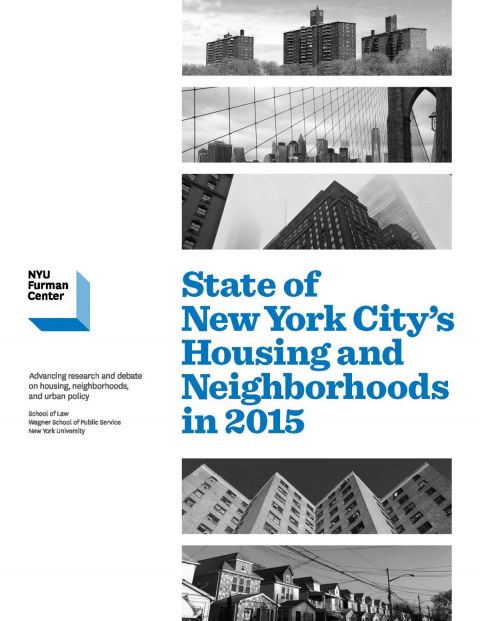 The State of New York City’s Housing and Neighborhoods report, published annually by the NYU Furman Center, provides a compendium of data and analysis about New York City’s housing, land use, demographics, and quality of life indicators for each borough and the city’s 59 community districts. The report combines timely and expert analysis of NYU Furman Center researchers with data transparency.

Each year, the State of the City report describes, contextualizes, and provides analysis on a pressing and policy-relevant issue affecting New York City. In 2015, the report focuses on gentrification in New York City, exploring and comparing changes over time in the city's neighborhoods to better understand how rapidly rising rents affect residents.

The data section provides current and historical statistics for over 50 housing, neighborhood, and socioeconomic indicators at the city, borough, and community district levels. It also includes indicator definitions and rankings; methods; and an index of New York City’s community districts and sub-borough areas.

You can access our Focus Chapter and Citywide Data in the PDF files below. For a copy of the full report, email [email protected].