In the late 1960s, the economist Thomas Schelling created an early agent-based computer model to explain the persistence of residential segregation based on racial preferences [1]. The model was simple but elegant. The inhabitants of a virtual checkerboard-world would be content if their “neighborhood” of nearby squares had their preferred racial mixture, defined by a “happiness rule” that could be adjusted from strong to weak preferences for segregation. If inhabitants were unhappy with the racial composition of their neighborhood, they tried to move to a location that matches their desired mix. After simulating a series of moves, Schelling revealed what was at the time a very surprising result: even relatively weak preferences for segregation (such as wanting thirty percent of your neighbors to be of your same race) eventually resulted in complete segregation.

In the decades since, Schelling’s model has spawned new thinking and empirical research on why residential segregation persists even after many formal barriers to integration have been lifted and preferences for segregation have weakened across all racial and ethnic groups (see, e.g., [2]; [3]). Today, you can even play out Schelling’s model in an interactive online game call the “Parable of the Polygons,” which explains Schelling’s theory with colorful anthropomorphic rectangles and triangles. Perhaps more adept at design than suspense, the game developers reveal the lesson of the parable at the outset, proclaiming: “This is a story of how harmless choices can make a harmful world.”

Jackelyn Hwang’s lead essay in this discussion offers a lower-tech but more nuanced variation on Schelling’s parable. According to Hwang, the primary reason that racial segregation persists despite important changes in the post-Civil Rights Era is “the persistent pattern of residential mobility by Whites.” Like Schelling’s agents (and those portable polygons), Hwang suggests that segregation can be explained by the segregationist preferences of White movers. Hwang’s version is more nuanced than Schelling’s: her movers may state preferences for integration that aren’t borne out by their locational decisions, and she recognizes that developers and policymakers play a role in shaping how attractive neighborhoods are to White movers. But in the end, Hwang insists that today’s persistent patterns of segregation are driven by White households’ “decisions about which neighborhoods to enter and which to exit.”

But what about the White households that stay, preferring not to enter or exit because their “happiness rule” is satisfied remaining in neighborhoods rich in amenities but lacking in socioeconomic or racial diversity? And what about the preferences of Blacks and Latinos in the United States who overwhelmingly prefer to live in integrated environments? Why do they remain unable to access even middle-income neighborhoods with quality schools, low crime, and affordable transportation options and increasingly find themselves “stuck” in neighborhoods of concentrated poverty?

By focusing on the preferences of White movers, Hwang overlooks two crucial drivers of segregation today: the power of White incumbents to exclude low-income people of color from high-opportunity neighborhoods, and the enduring effects of segregation on wealth and prospects for mobility for residents of areas of racially concentrated poverty. Contrary to the premise shared by Schelling and Hwang, these drivers are less about who moves than about who stays.

Let’s start with exclusion. Restrictive land use policies—from density restrictions to local approval requirements—prevent the construction of affordable housing in wealthier, whiter suburban communities in the U.S. Although not explicitly race-based, these policies were adopted in the wake of civil rights laws that prohibited overt racial discrimination. They were designed to keep out racial minorities and poor people, and they have proven remarkably successful in doing so. There is an ample body of empirical research demonstrating how land use controls that limit housing density or prohibit multifamily construction contribute to racial segregation within metropolitan areas in the U.S. (see, e.g., [4]; [5]; [6]). Even as norms have shifted towards (limited) racial integration, these policies have endured and they continue to be vigorously defended. We have seen this time and again, from Westchester, NY to Boulder, CO. One need look no further than the backlash to HUD’s recent rule interpreting the “affirmatively further fair housing” requirement of the Fair Housing Act of 1968 (which conservative blogs promptly branded the “War on Suburban America”) to understand the challenges facing advocates for unwinding exclusionary zoning.

Other forms of exclusion also persist, as documented in earlier contributions to this series. As Marge Turner notes, discrimination continues to constrain minorities’ housing search, as does limited access to information about housing opportunities in White neighborhoods. Stephen Norman suggests that discrimination is even more pronounced (and legally tolerated) against housing voucher holders, who are disproportionately people of color. And Jacob Faber draws attention to how exclusion and predation in mortgage markets exacerbates racial segregation, and vice versa.

As Hwang points out, these practices aren’t foolproof. The prevalence of neighborhoods that are exclusively White has been on the steady decline [7]. And indeed, some Blacks and other minority groups have gained access to historically White neighborhoods. But they haven’t done so in numbers proportionate to their incomes or purchasing power. The average Black family earning more than $100,000 annually still lives in a neighborhood comparable to that of a White family earning less than $30,000 [8] [9].

This brings us to the flipside of the exclusion story: why has poverty become more concentrated along racial lines? As Paul Jargowsky [10] recently found, more than one in four of the Black poor and nearly one in six of the Latino poor lives in a neighborhood of extreme poverty, compared to one in thirteen of the White poor – a disparity that has only increased in the wake of the Great Recession.

Hwang implicitly recognizes these differences in neighborhood quality. She points out that White in-movers are unlikely to replace Black voucher holders moving out of low-income, minority neighborhoods. But this may be less about the segregationist preferences of White movers than the devastating conditions under which residents “left behind” in disinvested neighborhoods must endure, absent intervention. The quality of services in these neighborhoods may be so poor that White movers with relatively more wealth and fewer constraints can avoid predominantly minority neighborhoods. But for very low-income Black and Latino families who live in areas of concentrated poverty, “exit” simply may not be an option [11] [12].

To explain stubborn patterns of racial segregation and concentrated poverty today, we can’t assume that all players are able exert their preferences equally by making moves across a frictionless checkerboard-world. The effects of early forms of discrimination have proven to be more enduring than formal legal changes would suggest. As Daria Roithmayr [13] has demonstrated, “self-reinforcing” differences in wealth and social capital give white families structural advantages over non-white families that determine locational choices for each group. Without intervention, Roithmayr argues, these disparities can “lock-in” segregation, even if the constraints of formal discrimination or preferences for segregation are lifted.

But can these patterns become unstuck?

There is some cause for optimism. Both people of color (of all ages) and Millennials (of all races) express preferences for integrated neighborhoods, and they are growing into the new American majority [14] [15]. And as Hwang points out, high rates of residential mobility combined with shifting demand for integrated environments should weaken segregation’s stronghold.

However, it would be a mistake to assume that evolving preferences and frequency of moves alone will suffice to overcome entrenched patterns of racial segregation in the U.S. Intentional strategies must be designed and implemented to facilitate integrationist moves, maintain and support diverse neighborhoods, and affirmatively break down barriers that wall off opportunity and lock too many families of color into areas of distress and disadvantage.

[3] David Card, Alexandre Mas, and Jesse Rothstein. (2008). Tipping and the Dynamics of Segregation. The Quarterly Journal of Economics 123 (1).
Accessed at: http://qje.oxfordjournals.org/content/123/1/177.full.pdf+html

[10] Jargowsky, Paul. (2015). Architecture of Segregation, Civil Unrest, the Concentration of Poverty, and Public Policy. The Century Foundation.
Accessed at: https://tcf.org/content/report/architecture-of-segregation/

[11] Sharkey, P. (2013). Stuck in place: urban neighborhoods and the end of progress toward racial equality. Chicago: The University of Chicago Press.

[12] Wichtman, J. (2007). The Failures of Integration: How Race and Class Are Undermining the American Dream, by Sheryll Cashin. Journal of Catholic Education, 10 (4).
Accessed at: http://digitalcommons.lmu.edu/ce/vol10/iss4/14 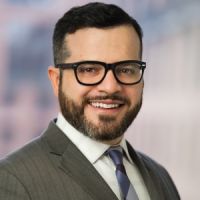 Solomon J. Greene is a senior fellow in the Center on International Development and Governance and the Metropolitan Housing and Communities Policy Center at the Urban Institute.