About The Dream Revisited

The Dream Revisited presents a series of thoughtful debates on issues related to racial and economic segregation in neighborhoods and schools. It is a project of the NYU Furman Center and edited by Ingrid Gould Ellen and Justin Steil.

The Dream Revisited discussions bring together leading academics, researchers, practitioners, advocates, and government officials for thoughtful debates about the challenges associated with segregation and new thinking needed to help address those challenges. The series aims to inform thought leaders on strategies for remedying racial and economic inequality that moves beyond polarized, entrenched positions and engage in a more creative and concrete exploration of how to best reduce economic and racial inequality through neighborhood change.

The series launched on Martin Luther King Day in 2014. 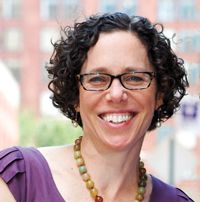 Ingrid Gould Ellen is the Paulette Goddard Professor of Urban Policy and Planning at NYU’s Robert F. Wagner Graduate School of Public Service and Faculty Director of the NYU Furman Center. Her research centers on neighborhoods, housing, and residential segregation. Ingrid is author of Sharing America’s Neighborhoods: The Prospects for Stable Racial Integration (Harvard University Press, 2000) and editor of How to House the Homeless (Russell Sage Foundation, 2010). She attended Harvard University, where she received a Bachelor’s degree in Applied Mathematics, an M.P.P., and a Ph.D. in Public Policy. More >> 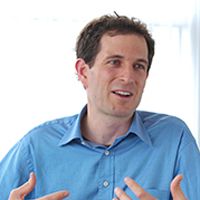 Justin Steil is an Assistant Professor of Law and Urban Planning at MIT's Department of Urban Studies and Planning and a Faculty Affiliate at the NYU Furman Center. Broadly interested in social stratification and spatial dimensions of inequality, his research examines the intersection of urban policy with property, land use, and civil rights law. Justin received a B.A. from Harvard College in African-American Studies, an M.Sc. from the London School of Economics in City Design and Social Science, a J.D. from Columbia Law School, and a Ph.D. in Urban Planning from the Columbia Graduate School of Arts and Sciences. More >>