Start with the Micro, Move to the Macro

Jackelyn Hwang ably summarizes a large literature on the important and complex question of why levels of housing segregation remain so high. It is very striking, though, how little of the literature she cites offers any detailed, testable answer to this question—a serious failure for a field that has generated a large volume of work.  I am hopeful, though, that we are close to some important breakthroughs.[1]

The great mistake of segregation research, I believe, has been its general neglect of locational context. The explanatory phenomena Dr. Hwang mentions—socioeconomic differences, discrimination, preferences of groups for integration, and gentrification—are typically measured at the metropolitan level and discussed in national terms. Neighborhoods are, of course, the subject of much excellent ethnographic work, and census tracts usually constitute the unit of analysis in segregation research. But there is a strong tendency not to analyze how what might be called the “supply and demand for integration” plays out at the neighborhood and metropolitan level, how neighborhoods within metropolitan areas vary in terms of their ability to sustain integration, and how these neighborhood effects then aggregate back up to the metropolitan scale. Understanding these “microdynamics” of integration is, I think, the key to building robust, testable hypotheses about the evolution of segregation.

For example, in the 1970s black/white segregation levels dropped sharply in more than half-a-dozen large metropolitan areas.[2] Why did this happen then, and in those particular areas?  The timing is clearly connected to the arrival of fair housing laws; there is a wide range of evidence suggesting both that discrimination rates fell sharply in the 1970s and that African-Americans moved into white neighborhoods in unprecedented numbers.[3] Desegregation happened, quite simply, when these moves led to stable integration at the neighborhood level rather than rapid, block-by-block racial transition from white to black.  So, what were the conditions of stable integration? The crucial variable was the degree to which black moves were dispersed within a metropolitan area, rather than concentrated in just a handful of neighborhoods near existing black districts.

New research by Dr. Yana Kucheva (CCNY) and me[4] shows that urban African-Americans migrating from one metropolitan area to another played a crucial role in this process.  Compared to blacks moving within a metro area, these “intermetropolitan” migrants were much more likely to move into white neighborhoods some distance away from black enclaves.  Plausibly, this was because when intermetropolitan movers arrived at their destination city, they had fewer existing ties to specific neighborhoods or social networks. This tendency—already apparent by the late 1950s—was greatly accentuated by the greater freedom of movement the 1970s brought.  In metro areas like San Diego, intermetropolitan black movers accounted for over a third of all black residents by 1980. Their relatively dispersed movements into white areas appear to have encouraged incumbent blacks to follow, with the result that some two-thirds of San Diego blacks lived in neighborhoods that were less than 35 percent black by 1980—and virtually all of these neighborhoods remain highly integrated today.

The volume of intermetropolitan black in-migration in the late 1960s and 1970s—which varied largely with the economic growth rate of the receiving metro area, and generally tilted West and South—was important, but so was the relative size of the black migrants compared to black incumbents. Substantial in-migration paired with a small incumbent black population meant that a very high proportion of all black moves went to white neighborhoods that were not vulnerable to resegregation. Consequently, metro areas with comparatively small black populations experienced more desegregation than areas with large black populations.  Importantly, however, desegregation did not occur only when there was a particular “critical mass” of the right demographic inputs; instead, metro areas desegregated some if they had some favorable demographics, and a lot if they had very favorable demographics. These patterns continued strongly into the 1980s.

There is more to this story than intermetropolitan migration, of course; but space here is constrained, and interested readers can find a detailed discussion in our forthcoming paper[5] and book. For present purposes, the point is that thinking about how integration happens in local contexts, and in particular the interaction between neighborhood and metropolitan demographic patterns, can produce conceptually rich and testable models, and we now know that these models can account with great precision for actual patterns of desegregation.  As we get better at predicting where and how integration happens, we can design a new generation of proactive policies that can catalyze it, and we can even compare the cost-effectiveness of alternative integration strategies. Dr. Hwang is absolutely right that housing segregation lies at the core of a host of social ills. Modeling it accurately, and designing much better pro-integration strategies, are projects that should be at the very center of urban policy-making and research. 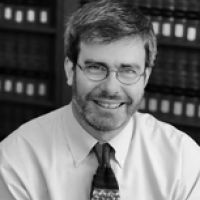 Richard Sander is an Economist and Professor of Law at the University of California, Los Angeles School of Law, and the co-author of Mismatch: How Affirmative Action Hurts Students It’s Intended to Help, and Why Universities Won’t Admit It.