There is little question that low income children’s futures can be significantly improved by access to housing in safe, healthy neighborhoods. Public Housing Authorities, organizations whose mission in significant part revolves around successful long term outcomes for the 2.7 million low income children they house, fully subscribe to this goal. From the practitioner’s perspective, however, the challenges and the solutions to accomplishing this are more complex and nuanced than they may appear from the national policy and advocacy level.

As a regional housing authority, KCHA covers an expansive suburban landscape which includes 39 local jurisdictions. Two thirds of the region’s population and a majority of households living in poverty reside outside Seattle. The region includes wide disparities in income - subsidized meal eligibility rates (one index of concentrations of child poverty) range from 3 percent to 70 percent of student population in local school districts.

For over a decade the Housing Authority has pursued policies and program modifications intended to encourage and enable geographic choice. Our tools in opportunity areas have included a two-tiered payment standard that sets allowable rents at over 130 percent of Fair Market Rent, mobility counseling, the commitment of project-based Section 8 subsidies to underwrite a pipeline of non-profit development efforts, and the acquisition of existing multifamily housing, setting aside some share of units for project-based Section 8 subsidies or public housing and prioritizing tenant-based voucher applicants. Few of these approaches would have been possible absent KCHA’s participation in the Department of Housing and Urban Development’s (HUD’s) Moving to Work (MTW) program, which enables a very limited number of Housing Authorities to develop their own strategies for addressing local housing challenges.

In 2012, to assess progress, KCHA began analyzing household distribution utilizing the Kirwan Institute’s “Opportunity Mapping” approach, which identifies low poverty neighborhoods that offer the advantages recognized in mobility research such as high-performing schools and access to employment. How are we doing? In 2014, 24 percent of our federally-assisted households with children resided in high opportunity neighborhoods, or communities with poverty rates at or below 12 percent. This compares to Philip Tegeler and Barbara Sard’s statistic that nationally only 15 percent of children in households receiving federal subsidies lived in low poverty neighborhoods.

This ten-year effort has helped us identify valuable tools and significant challenges to success in encouraging mobility and retaining households in opportunity neighborhoods. The key challenge is funding.  While Tegeler and Sard’s paper posits that “even in the currently fiscally constrained environment, we can make substantial progress toward these goals in the next few years, without [...] additional funding,” this is not our experience on the ground. Higher opportunity areas tend to be more expensive housing markets and if housing subsidy levels cannot support payment of market rents this is a very short conversation with landlords.

Consider our experience in the Seattle region, which like many around the country is seeing housing costs rise as the economy rebounds.  KCHA is currently supporting rents on two bedroom homes in opportunity neighborhoods that are roughly $300/month above our lower tier payment standard. These standards have been frozen for almost five years as a result of federal budget cutbacks and the failure of HUD to provide annual inflation factors that accurately reflect local increases in rental costs. Existing Section 8 Housing Choice Voucher households in these markets face growing shelter burdens and an increasing number may be forced through financial necessity to move to lower cost, lower opportunity neighborhoods. KCHA is presently revisiting its payment standards and it appears that the market rent differential between higher and lower opportunity areas in the region has increased from $300 to approximately $480 per month.

As a result of federal budget cuts, the Housing Choice Voucher program is now serving 90,000 fewer households nationally than it was three years ago. Without additional funding it will be increasingly difficult to support households currently living in lower poverty neighborhoods, much less to significantly increase this number without further decreasing the overall number of households served.

The prospect of taking mobility to scale is also constrained by housing typologies and rental opportunities in lower poverty neighborhoods, and by landlord reluctance to rent to Housing Choice Voucher households. Apartment complexes are less common in many suburban low poverty neighborhoods. Overall rental opportunities (as a percentage of stock) tend to be limited. Single family home rentals, where available, entail additional costs, some of which are reflected in utility allowances (which further drives up the cost of the voucher), and some of which, such as yard maintenance, become the financial responsibility of the renter. Available single family homes can also be “oversized” for smaller households, resulting in unsubsidized bedrooms and higher rental costs that have to be borne by the household.

“Source of income discrimination” is also a problem. There is no overarching federal or Washington State fair housing statute protecting source of income discrimination and in King County local protections have been enacted on a patchwork basis. Currently only four of our 39 local jurisdictions have adopted ordinances prohibiting blanket discrimination based upon source of income. As vacancies drop across the region many apartment complexes managed by national property management firms are implementing “no Section 8” policies adopted at the corporate level. This is an issue that must be addressed by Federal policy and by national and local advocacy.

Finally, low income households must have a voice in their locational choice. In King County, we serve a diverse community which includes a significant number of refugee or immigrant families. Relocation to high opportunity neighborhoods, given local geography, does not necessarily mean moving just a few miles or a neighborhood away. In the low density sprawl of suburbia this may entail moving 20 to 30 miles from their current neighborhood. In focus groups we have heard clearly from households that this type of geographic separation from support networks that include extended families, tightly knit ethnic communities, religious institutions, and culturally competent services and shopping (such as halal  butchers), is not perceived as being in the family’s best interest. Concerns also include the higher cost of living (everything from groceries to daycare) in low poverty neighborhoods, lack of access to public transportation, and the cultural competency of local institutions such as schools. “English Language Learner” programs, for example, may be more easily available in school districts with extensive student diversity and greater experience around this issue.

All of this leads us to a somewhat different list of priorities for increasing housing choice and opportunity.

First, Housing Choice Voucher funding must be increased. An expectation that housing authorities can support household moves to higher cost neighborhoods at a time when funding cutbacks are forcing reductions in the number of households served is unrealistic. A partial off-set for higher rents in opportunity neighborhoods can be provided by more flexible sub-market payment standards. HUD needs to accelerate efforts to provide Housing Authorities with the flexibility to more finely structure subsidy approaches to local sub-markets.

Administrative costs need to be adequately funded as well. Tegeler and Sard assert that the current administrative geography of the Housing Choice Voucher program undermines the program’s ability to promote access to high opportunity neighborhoods. KCHA currently administers over 2,600 “port-in” vouchers from other jurisdictions. Clearly portability is not that great a barrier. While administrative consolidation on the regional level is an important long term goal, the more immediate issue is administrative caseloads. Housing authorities are currently being funded at 79 percent of actual administrative costs as estimated by HUD. Heavy caseloads erode the ability to efficiently administer this program, much less provide mobility counseling and deal with the portability process. KCHA has significantly reduced its administrative workload through use of its MTW flexibility, eliminating unnecessary HUD paperwork and procedures and freeing up staff time to more effectively serve our clients - including households porting into the region and those looking to move to opportunity areas. In the absence of full funding for administrative costs, lessons learned from the MTW program should be used to overhaul unnecessary and overly prescriptive HUD program rules.

Second, the mix of housing and administrative strategies KCHA employs is only possible through the Moving to Work program. The operational flexibility this program provides should be expanded to more housing authorities. There is no single answer as to what approaches work in any particular market – rather than simply “requiring better outcomes” HUD should be paying attention to what is working, where and why; and should be aggressively disseminating these best practices, and the flexibility to utilize them, nationally.

Third, the discussion around increasing the number of federally subsidized households living in low poverty neighborhoods has been almost solely focused on the voucher mobility approach. Our experience has been that this ignores an equally powerful tool – the placement of “fixed” subsidies in housing authority or non-profit owned housing in opportunity communities. Approximately 42 percent of KCHA’s 1,600 subsidized households with children in high or very high opportunity areas live in fixed subsidy units. This approach can ultimately be more cost effective, as rents in these units reflect actual operating costs rather than market driven pricing and can provide - particularly in jurisdictions without strong tenant protections - greater access and more stable tenancies.

It is notable that probably the strongest evidence we have on the academic benefits of moves to opportunity areas comes from Heather Schwartz’s study of low income students living in public housing units in Montgomery County, where inclusionary zoning policies created place-based subsidized housing with extended housing tenure. The successes in Montgomery County and our experience in King County argue for a greater emphasis on providing access to opportunity neighborhoods through stable fixed subsidy units in these neighborhoods.

Increasing geographic choice and household opportunity is a critical goal. Regional governments, local jurisdictions, and housing authorities should all be incentivized to make it a reality. But new mandates and regulations at the federal level won’t get us there. Adequate federal resources, combined with fewer regulations and increased local flexibility, are necessary. And it must be understood that mobility will only take us so far.  Mobility must be coupled with a robust program to revitalize neighborhoods and provide strong schools and economic opportunity in the communities where many low-income households already live. 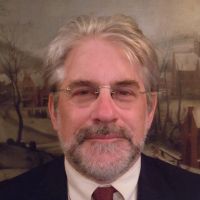 Stephen Norman is the Executive Director of the King County Housing Authority serving the suburban Seattle metropolitan region, and President of the Council of Large Public Housing Authorities (CLPHA).