A lot has changed in the United States since landmark federal legislation passed 50 years ago prohibited discrimination by race in housing and lending. First, since the 1970s, the Black-White high school completion and poverty gaps have declined,[1] and the Black middle class grew substantially.[2] Second, there has been a major shift in housing policy towards poverty deconcentration, characterized by the demolition of high-rise public housing projects, the transformation of public housing into mixed-income developments, and the increase in housing choice vouchers.[3] Third, surveys suggest that negative attitudes towards Blacks have declined and that Whites are more willing to live with minorities compared to the 1970s.[4] Indeed, the prevalence of neighborhoods that are primarily White has been on the decline.[5]

Related to these changes in preferences and policies, as well as large crime declines and increases in high-skilled jobs across cities, is the increasing prevalence of gentrification—the influx of middle- and upper-class residents moving into low-income neighborhoods—across neighborhoods and across cities in the U.S.[6] Stylized images of gentrification often portray it as a process of racial change, where primarily White residents of higher socioeconomic status move into poor, minority neighborhoods. While not without its fair share of critics, gentrification seems to be racially integrating neighborhoods, at least temporarily.

These significant societal changes should have dramatically reduced the segregation of Blacks and Whites. As discussed in the third discussion on this blog, explanations of the persistence of residential segregation in the post-Civil Rights Era generally fall into three categories: socioeconomic differences, housing market discrimination, and residential preferences. These societal changes suggest that these factors have weakened. Blacks, however, largely continue to live in different neighborhoods than Whites.

So why are segregation levels still high despite these recent changes?

Although Blacks have made socioeconomic advancements on average since the 1970s, the Black-White gaps in income and wealth remains persistently high.[7] These gaps also worsened following the Great Recession,[8] and the share of Blacks in the middle-class in the US has stagnated since 2000.[9] Even these significant socioeconomic differences, however, cannot explain Black-White differences in residential outcomes.[10]

Housing policy shifts that were hoped would support greater residential integration have had only weak effects in reducing segregation. A high proportion of black residents with housing choice vouchers continue to face disadvantages in the housing market both from a lack of resources and from discriminatory landlord practices. As a result, voucher holders continue to end up in poor and segregated neighborhoods.[11] Moreover, mixed-income developments have had varying success in reducing racial segregation;[12] even as the segregation of poor residents declined somewhat with the deconcentration of subsidized housing, affluent residents became more segregated.[13]

These latter findings point to how the persistent residential mobility patterns of whites to avoid minority neighborhoods perpetuate segregation. Fifteen percent of households move each year in the US; therefore, decisions about which neighborhoods to enter and which ones to exit play an important role in maintaining residential segregation. Despite changing attitudes towards Blacks, Whites still exhibit residential mobility patterns that maintain racially segregated neighborhoods. Recent studies show that when choosing which neighborhoods in which they would consider living, Whites avoid predominantly minority neighborhoods.[20] This pattern appears to hold true even in the context of gentrification. Decisions by developers and policy makers have some role in shaping where Whites are attracted. Nonetheless, Whites tend to continue to associate the presence of black neighbors with poor quality neighborhoods, crime, and declining home values,[21] and Whites continue to exit neighborhoods with increasing shares of minorities.[22]

Overall, important changes that, at first glance, should have brought about a major reduction in residential segregation in the post-Civil Rights Era have had limited effects. The primary reason for this is the persistent pattern of residential mobility by Whites. Avoiding entry into minority neighborhoods and exiting neighborhoods that begin to diversify reproduces and reifies segregation. Changes in the socioeconomic status of Blacks, housing policy transformations, and changing stated preferences have limited effects in producing substantial shifts in aggregate patterns of segregation as long as Whites continue to exhibit these patterns of mobility.

We know that segregation comes with a host of negative consequences, particularly for the life chances of minorities living in low-income neighborhoods and intergroup relations, so how can we promote racial, ethnic, and socioeconomic diversity across all neighborhoods? Policies targeted to people instead of places, like housing vouchers, have the potential to move some individuals into neighborhoods with compositions that are different from their own if implemented effectively, but we cannot rely solely on these types of policies. After all, White in-movers are unlikely to replace Black voucher holders moving out of low-income, minority neighborhoods. Such neighborhoods also need substantial place-based investment that can attract residents with higher socioeconomic status but ensure that the right policy interventions are in place that keep people in place, that connect them to the resources and opportunities that come with reinvestment, and that ensure that the development process is inclusive.

[6] Hwang, Jackelyn and Jeffrey Lin. Forthcoming. “What Have We Learned about the Causes of Recent Gentrification?” Cityscape. 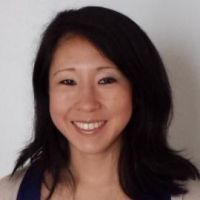 Jackelyn Hwang is a Postdoctoral Research Fellow at the Office of Population Research, Princeton University and beginning Fall 2017 will join Stanford University as an Assistant Professor in the Department of Sociology and a faculty affiliate at the Center for Comparative Studies in Race and Ethnicity.