Segregation Exacerbated the Great Recession and Hindered Our Policy Response

Although the impact of America’s Great Recession was widespread, the collapse of the housing market and the subsequent rise in unemployment were highly structured by race. Foreclosures and job loss landed disproportionately on blacks and Latinos—even five years into the recovery, the black unemployment rate was more than twice the white rate and higher than the national rate at the peak of the recession. The distressingly large racial wealth gap also widened during this time, as did disparities in homeownership.

The idea that racial and ethnic minorities (and blacks and Latinos, in particular) are more vulnerable during recessions than white Americans is not new. For decades, scholars have pointed to the numerous ways in which racial disparities in education and employment, exposure to crime, and other drivers of opportunity position people of color poorly to withstand economic shocks.

In addition to this “traditional” disparities story, the Great Recession’s origin in the mortgage market brought increased attention to the role that financial services play in shaping inequality. Subprime lending expanded rapidly in the late 1990s and early 2000s, making up almost a quarter of all loan originations at its 2006 peak. Racial differences in subprime lending were dramatic. In 2006, black and Latino homebuyers with incomes above $230,000 were more likely to receive subprime loans than white borrowers with incomes around $30,000.

Racial segregation, still a defining aspect of American life a half century after the adoption of federal fair housing legislation, played a central role in this story. Both subprime lending and subsequent foreclosures were more common in highly segregated metropolitan areas. Through both the physical, geographic demarcation of disadvantage as well as inhibiting economic opportunity, segregation created easily identifiable local markets for subprime mortgage lenders (as well as other “fringe” financial services, such as check cashing outlets) and facilitated the racialized predation and differential treatment admitted by whistleblowers formerly employed within lending companies and evidenced by academic study after academic study.

The geography of subprime lending holds an obvious connection to the historic, government-supported, and racist practice of redlining, which funneled affordable mortgages (and massive amounts of wealth) into white suburbs and helped trap poor people of color in ghettos for generations.

Segregation was not only implicated in the causes of the Great Recession, but in the anemic federal policy response. During the Great Depression—the last time there was a comparable housing market crisis—the federal government dramatically altered the practice of mortgage lending. The response to the contemporary foreclosure crisis has been “Too Little, Too Late, and Too Timid.” Recent research by Isaac William Martin and Christopher Niedt shows that despite the scale and scope of the Great Recession, the segregation of neighborhoods and social networks and the concentration of foreclosures in largely minority areas has meant that exposure to the experience of foreclosure is extremely isolated in much of the country. Our likelihood of knowing someone directly affected by the crisis and any resulting interest in enacting policy to alleviate its consequences are shaped by persistent residential segregation. The lack of minority representation among federal policymakers also reflects our segregated society and diminishes the import of minority concerns—such as the foreclosure crisis—within national policy debates. As a result, the political class was able to feel insulated from the greatest housing crisis in a century and there was (and continues to be) very little political will to effectively address foreclosures.

Much of the retrospective focus has suggested that more financial education would have prevented the subprime boom and subsequent housing market collapse and argued that prospectively it can be a tool to prevent future crises in the mortgage market. While more information is always welcome in a marketplace, the emphasis on education suffers from several important flaws.

First, the extent to which disparities in knowledge about financial products were responsible for subprime lending is unclear. As mentioned above, high-income blacks and Latinos were more likely to receive subprime loans than even poor whites. The idea that the average African American borrower making a quarter of a million dollars a year was less educated than the average white borrower making a tenth of that is hard to believe. Complementary research found that over half of subprime borrowers could have qualified for prime loans. These findings strongly suggest predation and abuse by lenders was as or more significant than borrower’s supposed ignorance. At the very least, this research supports calls for greater transparency regarding lending practices—the expansion of HMDA data collection is a good start.

Second, a focus on the individual borrower ignores the ways in which structural factors, such as segregation and inequality, concentrate economic vulnerability and exacerbate times of crisis. Thirdly, and most importantly, an acceptance of financial education as the primary solution to economic disparities also represents an acceptance of a system that permits the exploitation of individuals who lack knowledge or information. “Caveat emptor” regimes have been tried and have failed. In today’s complex world, people are presented with too many choices and are not able to become experts in every area they need to make a choice in. Plus people—even educated people—are systematically “irrational” when making many important choices. There is just no reason to allow dangerous products on the market and to let individuals sort them out for themselves Instead, we should work to create more inclusive economic and social systems, which foster opportunity and prevent predatory corporate practices.

Deconcentrating poverty and reducing racial isolation have been shown, time and again, to pay enormous dividends for the poor, without consequence for the non-poor. We’ve known for more than a century, that segregation concentrates vulnerability in communities of color. It connects multiple systems of disadvantage, which structure the lived experience and shape lives. The segmented mortgage market, which was fostered by segregation and led to the Great Recession, provided a tragic example of this dynamic. Racial equality in any arena is impossible without a serious effort to desegregate neighborhoods, cities, and regions. Again, although increasing the amount of information available to consumers (and researchers) could create a fairer marketplace, financial education on its own is likely insufficient to prevent economic crises and the inequality-widening effects those crises have. Fostering integrated communities will do far more to create economic opportunity and preempt financial predation. 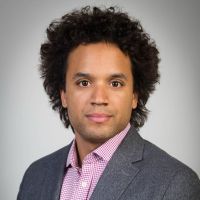