In her article, Jackelyn Hwang points to research on housing markets and white mobility, but she downplays the historical and contemporary discrimination that restricts the mobility of people of color. For instance, Hwang cites research showing that white people tend to associate the presence of African-American neighbors with poor quality neighborhoods, crime, and declining home values. It would follow, then, that those same perceptions would encourage individual violations of the Fair Housing Act by housing providers and local decision makers.

When housing providers make decisions about prospective applicants based on these prejudices, they illegally lock out people of color and block the opportunity for integration. Paired audit testing shows that African Americans and Latinos at all income levels continue to encounter housing discrimination. Although enforcement challenges these practices, the overwhelming majority of acts of housing discrimination go unreported because it is difficult to identify discriminatory behavior without paired testing to confirm a difference in treatment.

The nature of housing discrimination has also taken on new forms since the passage of the Fair Housing Act (“the Act”) in 1968, as housing providers have used less explicit actions to discriminate, including by using proxy criteria for race and ethnicity. For example, housing providers frequently impose blanket bans on criminal records or screen applicants with criminal records differently, which disproportionately denies housing to people of color who make up the majority of those involved in the criminal justice system in the U.S. Further, discrimination against people who use Housing Choice Vouchers can be a proxy for discrimination based on race and ethnicity. In both of these examples, these policies are likely to have a disparate impact on the basis of race, ethnicity, or national origin. Individuals facing such discriminatory barriers must engage in a prolonged housing search, and often end up relying on substandard housing, which tends to be located in chronically poor communities and communities of color.

Any analysis of the persistence of residential segregation is also incomplete without taking into account the weak implementation of the enforcement mechanisms available under the Act to challenge market practices that perpetuate and sustain entrenched patterns of segregation. As Hannah Nikole-Jones notes in her groundbreaking investigative journalism, the promise of the Act to eradicate segregation has been largely betrayed since its inception. For the majority of the Act’s existence, the responsibility for addressing housing discrimination has fallen primarily on those discriminated against who had to bring litigation to vindicate their own rights and challenge discriminatory practices more broadly.

Since the Act was passed in 1968, HUD has accepted discrimination complaints through its administrative complaint process, but for 20 years it could only offer conciliation and if a respondent refused, HUD had no authority to conduct an investigation. HUD could also refer complaints to state and local government agencies that enforce substantively similar fair housing laws. It was only after the passage of the 1988 amendments to the Act that HUD gained the authority to take actual enforcement actions in administrative complaints. Thus, for a large portion of the Act’s existence, fair housing enforcement by the federal government has had virtually no teeth (except in large scale pattern and practice suits brought by the Department of Justice). The Reagan administration and Congress came to recognize that effective abatement of discrimination could not rely solely upon the willingness of victims of discrimination or local, state, and federal government agencies to enforce the law. President Reagan signed into law the Housing and Community Development Act of 1987, which established the Fair Housing Initiatives Program (FHIP). FHIP supports a network of private, non-profit fair housing enforcement agencies to advance compliance with the Fair Housing Act, filling the gap of fair housing enforcement not met by government agencies.

Institutional challenges continue to render HUD enforcement largely ineffective. In 2008, national civil rights organizations convened a bipartisan Commission on Fair Housing to analyze the strengths and weaknesses of the Fair Housing Act on its 40th birthday. The Commission–co-chaired by former HUD Secretaries Jack Kemp and Henry Cisneros–heard testimony from fair housing practitioners, academics, attorneys, and community groups in five cities to gather information about fair housing enforcement and the persistence of residential segregation.

Perhaps the most sweeping recommendation of the Commission’s report was to make HUD’s Office of Fair Housing and Equal Opportunity (FHEO) an independent agency responsible for enforcement and implementation of the Act. As currently structured, the primary enforcer of the Fair Housing Act, HUD, is also expected to police its own fair housing compliance. Yet, an inherent conflict of interest arises when FHEO must police its program office counterparts within HUD, whose responsibility it is to deliver grants to local and state governments and public housing authorities, leaving effective enforcement and compliance at the mercy of competing interests within the agency. Perhaps not surprisingly, HUD’s own programs have been criticized for perpetuating racially concentrated poverty.

Amending the Fair Housing Act to protect people with criminal records and those who use Housing Choice Vouchers would restrict some of the proxy discrimination that occurs in the marketplace, but the larger institutional challenges of fair housing enforcement–most fundamentally, the placement of enforcement authority at HUD–continue to fuel the flames of residential segregation. 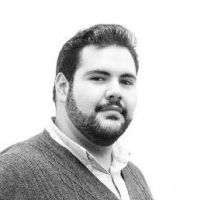 Jorge Andres Soto is the Director of Public Policy at the National Fair Housing Alliance.