Housing Policy is a Necessary but Insufficient Response to Concentrated Poverty

Lawrence Vale and Nicholas Kelly sound a useful note of caution regarding the potential for housing vouchers and mobility programs to significantly address the problem of concentrated poverty. The authors suggest that the recent (and much heralded) findings by Raj Chetty, Nathaniel Hendren, and Lawrence Katz regarding the longer-term positive economic effects on adults who moved when they were young children as part of the MTO demonstration program need to be understood in light of the magnitude of these effects. They draw a useful contrast between social and statistical significance. Although incomes may have risen for these young movers as compared to those not offered vouchers, Vale and Kelly point out, these increases fall far short of moving them out of poverty, except in the narrow sense of the Census definition, which at about $12,000 per year for an individual leaves people still quite poor. They may be less poor than they would have been without the voucher, but they are still largely very poor (earning roughly $15,000 annually) and living in largely poor neighborhoods. An excess of enthusiasm for the potential of mobility programs to move people out of poverty, along with the disappointing results emerging from efforts to replace large scale public housing with mixed-income developments, Vale and Kelly argue, lead to a false dichotomy that pits place-based responses against relocation policies. The relocation narrative undermines support for ongoing investment in public housing that might still provide safe, decent, affordable homes for the poor.

Vale and Kelly’s critiques on this front are important. There may well be benefits to promoting housing mobility for the very poor, but embracing housing vouchers too enthusiastically as a preferred solution to concentrated poverty has clear risks. In addition to the limited social benefits of marginally increasing material well-being for the poor, there may well be potential social costs. Beyond the paternalism inherent in mobility programs noted by the authors, relocated public housing residents may, for example, incur losses associated with disconnection—from social networks, access to social support, and institutional associations.[1]

The problems associated with large-scale public housing and the contribution it has made to increasing concentrated urban poverty in many cities is clear, but I agree with Vale and Kelly that the wholesale abandonment of public housing is not the answer. Certainly the policies they note as having potential on this front—investing in the physical stock and focusing on the effective management of public housing; educational support and job training for public housing residents—are important to support. The Jobs-Plus demonstration project provides one example; it promoted significant earnings increases for public housing participants relative to the comparison group.[2]

Renewing a commitment to public housing can also provide an important counterbalance to affordable housing policy characterized by an overreliance on market mechanisms. Whether manifested via vouchers or mixed-income redevelopment, this dependence on the market creates inherent constraints on achieving the social goals of lifting families out of poverty and integrating them into “better,” more economically diverse neighborhoods.[3] Housing is a foundational need (even if it is not recognized nationally in the U.S. as a fundamental right), and is an essential part of the social safety net for the poor, yet affordable housing is vastly undersupplied. More than 50 percent of households with incomes below the poverty line spend more than half of their income on rent, and, of those, 67 percent receive no housing subsidy.[4] There is a clear role for public policy to address the need for affordable housing. It must be done, of course, without reproducing—or exacerbating—concentrated poverty and the segregation and isolation of the poor. Some promising strategies on this front include direct provision of public housing through, for example, new investment in scattered-site public housing and strengthening inclusionary zoning policies to allow for both (a) a higher percentage of affordable unit set-asides and (b) embracing lower AMI definitions of “affordable” in order to provide units for lower-income households.[5]

However important affordable housing is, we also need to examine the fundamental limitations of housing policy as a response to urban poverty. Researchers and policymakers should recognize the need for broader investment in neighborhoods themselves. Affordable housing development can be effectively coupled with broader efforts at community development, but even this broadened policy must be coupled with a renewed attack on the structural factors that create and reproduce urban poverty. Inequalities in access to quality education, the absence of living-wage employment for those with limited education and skills, and a range of institutional barriers (from discrimination to incarceration to lack of access to higher education) that face the urban poor—especially poor people of color—all contribute to the persistence of urban poverty and the difficulty of plotting a path toward self-sufficiency and social and economic mobility. Although affordable housing is clearly an important contributor to the well-being of poor families, housing policy cannot, as historian Michael Katz points out, “substitute for policies that tackle poverty head on.”[6]

Finally, racial inequality deserves separate attention. Although Vale and Kelly characterize public housing as “racially and economically segregated from more prosperous parts of the city,” most of their discussion of policies is silent on race, as are contemporary policy frameworks like HOPE VI and MTO. Race may be implicit, but the principal focus is more centrally placed on poverty deconcentration and economic integration. Although about a third of the public housing population in the U.S. is white, the vast majority of public housing residents living in high poverty neighborhoods are either black or Hispanic, and these families are three times as likely to live in neighborhoods of 40 percent poverty or greater than their white counterparts.[7] The issue of race and the structural nature of racial disadvantage, too, need to be addressed “head on.” 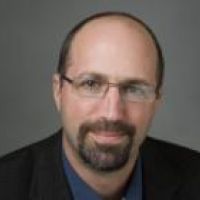 Robert J. Chaskin is Professor and Deputy Dean for Strategic Initiatives at the University of Chicago School of Social Service Administration.