Moving (Both People and Housing) to Opportunity

Housing is the hub of opportunity in America.  A home is more than a roof over one's head or a place to live; it is an access point into a school system, a neighborhood, parks and recreational facilities, safe environments, jobs, and grocery stores.  Racial and economic segregation pushes too many families off the ladder of upward mobility and extends the length between the rungs of the ladder for those who can stay on.

The evidence is now greater than ever that mobility strategies are the best way to improve individual and family life chances.  Life chances are shaped by many inputs. As such, many place-based strategies, such as reinvesting in public housing, are insufficient to transform the full range of resource deprivations that accrue in the lowest opportunity environments.  With the exception of renovating or rehabilitating public housing sited in neighborhoods with declining rates of poverty and improving conditions, physical investments simply won’t dramatically change individual and family life chances.  In contrast, mobility strategies, properly supported, show great promise.

The recent research of Raj Chetty, Nathaniel Hendren, and Lawrence Katz on the Moving to Opportunity demonstration finds profound improvements in lifetime earnings and educational attainment. Lawrence Vale and Nicholas Kelly are right to point out some of the limitations of the MTO experiment, such as the fact that it generally involved only modest reductions in the neighborhood poverty levels to which recipients moved.  Indeed, moving to lower poverty environments may have limited benefits if the move is insufficient to overcome the so-called “spatial mismatch” of jobs and residence faced by far too many low-income adults of color. Many of the relatively short MTO moves were also insufficient to escape the “undertow” of neighborhood relations and extended networks that shape, if not circumscribe, the life chances and outlook of too many high-poverty neighborhood residents.

Vale and Kelly remind us that the initial results for the MTO experiments, in at least some cities, were disappointing along several key dimensions, including safety and mental health, for these reasons.  In contrast, the moves following the Hills v. Gautreaux[1] litigation were much more dramatic and pulled families out of the networks of their former neighborhoods.

That is why I advocate for an opportunity-based housing approach. An opportunity-based model looks beyond single indicators like poverty, and considers the full range of factors that shape life outcomes, including access to transportation, job opportunities, and the safety of the environment.  Only by considering a broader range of indicators can we overcome the limitations of the MTO experiments, and move towards a more equitable society.

An opportunity-based approach does not always recommend a mobility strategy over a place-based approach, but rather directs attention to communities of opportunity. When public housing rehabilitation occurs in gentrifying neighborhoods with access to public transportation, it can be used to connect residents to opportunity and improve life chances while reducing displacement. When, however, public housing units are situated in high-poverty, low-opportunity environments, reinvestment strategies are unlikely to succeed. 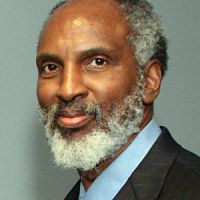 john a. powell is Professor of Law and African American and Ethnic Studies at the University of California, Berkeley. He is director of the Haas Institute for a Fair and Inclusive Society.