From Public Housing to Vouchers: No Easy Pathway out of Poverty

American public housing for families, launched in an era of ‘separate but equal,’ now too often just seems to be equally separated.  In many cases it is racially and economically segregated from more prosperous parts of the city; and in many other cases, when it is well located, it gets prioritized for redevelopment, usually leading to a reduction of low-income units and accelerated gentrification. Meanwhile, low-income households face a double problem in many American urban areas: wages lag behind housing affordability, and the affordable housing supply lags well behind demand. Of those who are income-eligible for a deep housing subsidy, only a lucky 23% receive one.[1]

Unfortunately, many of those deeply subsidized units are located in areas of high poverty, and contribute to its concentration. Neighborhoods of concentrated poverty, commonly defined as census tracts with poverty levels of 40% or higher,[2] are strongly associated with long-lasting negative effects on life-chances.[3]

This has launched ongoing debates over the last 40-plus years about whether (or how) to fix “the projects”—and how best to replace them with public-private initiatives centered on new roles for vouchers and private developers.[4] St. Louis officials staked out one extreme in 1972 by launching the iconic implosion of Pruitt-Igoe, but in most places the demise of public housing has proceeded more slowly and stealthily. Neglect, disinvestment, institutional mismanagement, vacancy, and attrition have resulted in more gradual implosions, even as some cities, such as New York, have valiantly resisted this trend.

In the 1990s and 2000s conventional wisdom held that mixed-income communities offered the best alternative solution, yet the centerpiece of this strategy—HUD’s HOPE VI program—has received mixed reviews at best. At a time when three-quarters of eligible low-income households receive no housing subsidy, HOPE VI and related demolition efforts, has led to the loss of about 20 percent of the nation’s conventional public housing stock, which peaked in the early 1990s at 1.4 million units.[5] Proponents of HOPE VI[6] stress the value of neighborhood investment (which has been enhanced by HOPE VI’s place-based successor, Choice Neighborhoods). Scholars have found increased resident satisfaction among those who relocated to HOPE VI developments compared to their former public housing developments.[7] However, studies have also repeatedly found a lack of social mixing in these deliberately engineered mixed-income communities,[8] coupled with some evidence that the mixing that does occur has been discriminatory and dysfunctional due to class-linked conflicts and racialized misunderstandings.[9]

Given the troubled history of HOPE VI, it is hardly surprising that policy makers and politicians are eager to find evidence that there might be better alternatives to project-based solutions. This helps explain the widespread attention given to a study released in May 2015 by economists Raj Chetty, Nathaniel Hendren, and Lawrence Katz, which extended the analysis of the Moving to Opportunity (MTO) experiment and found later-in-life economic benefits for children who move out of public housing with vouchers before the age of 13.[10] This creative and careful analysis represents a major contribution to the study of how neighborhoods impact the life-chances of children. However, as important as this study is, it has been taken to mean much more than the authors themselves actually claim. We believe that it is crucial to put the results of MTO in the broader context of poverty in the United States, as well as the actual choices facing policy makers.

First, the results of the study have been interpreted in the press as an important vote of confidence in mobility alternatives to “concentrated poverty.”[11] But ten years after the MTO experiment began, the average poverty levels of the neighborhoods where the MTO voucher-takers eventually moved (28.3 percent for those who had initially moved to “low poverty” neighborhoods, and 29.2 percent for those who moved with traditional vouchers) were not much different from the average poverty levels of the neighborhoods where those who initially had stayed on in public housing had ended up (33 percent).[12]   The authors do show that children, over the course of their childhoods, were on average exposed to neighborhoods with lower poverty rates than the control group.[13] However, these modest results are hardly a ringing endorsement for making large investments based on the presumed value of dispersal from “concentrated poverty.”

Then there are some results that Chetty et al. find to be statistically significant but may be less socially significant for low-income residents than they seem – and thus less policy relevant. For instance, the study encouragingly found that those under age 13 whose families left public housing with vouchers to live in low poverty neighborhoods were more likely to go to college.  This is important—but the statistically significant difference is between 16.5% for those who were not offered vouchers and 19% for those who used vouchers.[14]  Both numbers remain quite low—about one-third of the national average.[15] Perhaps additional investment in pre-college tutoring provided on-site in public housing—as has been done with some success[16]—might be a simpler and more cost-effective way to enhance upward mobility through college than a reliance on vouchers.

Similarly, the Chetty et al. study found that children who moved out of public housing before age 13 had higher incomes in their 20s than those not offered the vouchers. But the average income they had in their mid-20s was still about $15,000—instead of $11,000 for those not offered these vouchers to move out of public housing.  Again, this statistically significant finding represents a substantial 31% increase in wages for low-income families. But it also suggests that these are individuals who are still deeply impoverished and therefore unlikely to be able to afford a move into any form of market-rate private sector housing.  Is being merely very poor instead of extremely poor enough to call this a finding sufficient to influence policy?[17]  It’s clearly an encouraging trend, but hardly a guarantee that vouchers have launched these young adults on a pathway out of poverty.  Again, one may ask whether concerted job training programs in public housing, targeted to those in their late teens and early 20s, might do at least as much as vouchers to improved income and enhance the capacity of residents to afford to leave public housing.[18]

Most troubling of all, the Chetty et al. study found that the other children (those who were between 13 and 18 at the time the experiment, as opposed to younger than 13) were slightly worse off economically if they received vouchers and moved to low-poverty areas than individuals who were not offered such vouchers.

The Chetty et al. study offers support for targeted voucher programs. But as important as the gains in college enrollment and income are for MTO families, the gains are not necessarily significant enough to translate into clear choices for policy makers. Seen most positively, the study implies that future policies should focus on offering vouchers to households with younger children. Moreover, if even a modest reduction in exposure to high poverty neighborhoods could yield a modest increase in long-term incomes, investment in more extensive and extended supports intended to enable families to remain longer in low-poverty neighborhoods could yield large benefits.  Yet both of these policy adjustments risk introducing a new paternalism that presumes voucher recipients will not know how to make their own neighborhood choices.

In the meantime, we do not know how the effects for voucher recipients documented by Chetty et al. compare to the experiences of households that benefit from placed-based investments. Researchers should develop a way to look empirically at the longitudinal outcomes of former public housing residents who move out with vouchers versus those who move into revitalized and well-managed public housing sites.[19]  Instead of assuming and furthering the false polarity and tradeoff between place-based and mobility-based investments in reducing poverty and segregation, more targeted comparative research is needed to assess the benefits of each approach.

For now, in the absence of stronger evidence that targeted vouchers restricted to low-poverty neighborhoods improve the well-being of families over and above place-based revitalization efforts, policy makers should not give up on public housing. Instead, they should focus on improving the physical conditions and management of public housing developments to make them once again truly decent places to live.

[10] “The Effects of Exposure to Better Neighborhoods on Children: New Evidence from the Moving to Opportunity Project;” http://scholar.harvard.edu/hendren/publications/effects-Exposure-Better-Neighborhoods-Children-New-Evidence-Moving-Opportunity

[17]  Chetty et al. (pp. 35-39) do conduct a cost-benefit analysis to justify the policy, but the amount of money saved by the government may not be justified if other policies move people out of poverty more effectively.

[19] While some scholars have examined this question, it remains understudied. The research that does explicitly compare voucher holders and residents living in revitalized public housing developments suggests that voucher-holders are faring comparatively poorly. For example, see Robert J. Chaskin et al., “Public Housing Transformation and Resident Relocation: Comparing Destinations and Household Characteristics in Chicago,” Cityscape, 2012, 183–214 and Susan J. Popkin et al., CHA Residents and the Plan for Transformation (Urban Institute, 2013). As a new effort to address the comparison, Nicholas Kelly is currently launching work in Boston. 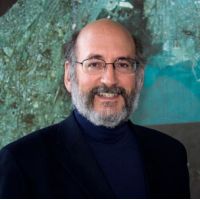 Lawrence J. Vale is the Ford Professor of Urban Design and Planning at MIT. Nicholas F.Kelly is a PhD student in Urban Studies and Planning at MIT.