Effects of Moving to Opportunity: Both Statistically and Socially Significant

There are large differences in individuals’ economic, health, and educational outcomes across neighborhoods in the United States. In two recent studies, my collaborators and I have shown these differences primarily reflect the impact of childhood exposure to growing up in these areas.

Our first study illustrates how every year a child spends growing up in a better neighborhood improves her outcomes in adulthood. Analyzing the experiences of more than 5 million families that move across areas while their children are growing up, we show that exposure to better[1] neighborhoods increases earnings in adulthood, increases college attendance, decreases incidence of teenage births, and increases the likelihood of marriage.

This suggests two potential policy directions for increasing childhood exposure to good neighborhoods: (1) improve neighborhoods or (2) help families in bad neighborhoods move to better neighborhoods. In the spirit of (2), our second study examines the Moving to Opportunity (MTO) experiment. This randomized controlled trial conducted by the Department of Housing and Urban Development in the mid-1990s provided vouchers to families living in high poverty public housing developments to help them move to lower poverty neighborhoods.

Earlier work studying MTO had not found much economic impact on those who were teenagers and adults at the time of obtaining a voucher. However, if one believes that places matter in proportion to the length of time a child is exposed to the good neighborhoods, then the youngest children (who are just now at the age of entering the labor market) should reap the largest gains from moving to a better neighborhood.

In contrast to the portrayal of our results discussed in Vale and Kelly, we believe the impacts of giving families a voucher to move to a lower-poverty neighborhood on the adult outcomes of their young children are large—statistically, economically, and socially. Young children whose families were given vouchers to move to lower poverty neighborhoods saw 31% higher earnings, were more likely to attend college, generally attended more selective colleges, and today are on a higher earnings growth trajectory. In their lifetime, we estimate these children will earn $302,000 more relative to young children whose families were not provided such a voucher.

In addition, these children are today living in better neighborhoods, and those who are women are more likely to be married and less likely to have had an out-of-wedlock birth, suggesting the impacts may persist into future generations. From a cost-benefit perspective, children are currently paying more than enough back to the government in taxes to cover the cost of providing those vouchers and counseling to their parents to help them move to the new neighborhood. One dollar spent on helping families move to better neighborhoods appears to pay us all back in the future.

In short, we find large impacts of giving families with young children vouchers to move to lower poverty neighborhoods.  As noted by Vale and Kelly, some families who initially moved to lower poverty neighborhoods eventually chose to move back to higher poverty neighborhoods. This wrinkle makes the magnitudes of MTO on children’s adult outcomes all the more impressive, as one would expect even larger impacts of policies that sustained longer exposure to better neighborhoods. It also suggests that future policies might achieve even stronger results if they provide greater support to help families sustain their moves to opportunity. More generally, the results suggest targeting vouchers to families with young children could be particularly effective at improving upward mobility in the U.S.

MTO provides a concrete policy example of how we can improve the adult outcomes of disadvantaged youth by helping them increase their exposure to better neighborhoods while growing up. But Vale and Kelly are correct to point out that this fact does not necessarily mean public policy should abandon the goal of improving neighborhoods, and opt solely for moving families out of the bad neighborhoods.

The tradeoff between place-based and people-based policy is of fundamental importance, but unfortunately there is a dearth of empirical research that is required to assess this tradeoff. For example, our MTO results have not focused on any impacts of moving families out of bad neighborhoods on the residents left behind; nor have we studied the impacts on the surrounding residents in the destinations to which these families go. This is not because such effects are unimportant but rather because they are hard to identify empirically given the dispersed nature of the impacts. Similarly, more work should be done to study the long-run impacts of policies aimed at improving public housing and low-income neighborhoods, along the lines suggested by Vale and Kelly.

But one thing is clear: giving families with young children living in poverty the opportunity to move to better neighborhoods can dramatically improve the later-life outcomes of these disadvantaged youth. While future work will hopefully illuminate whether other policies can provide similar or greater benefits, MTO provides a useful benchmark against which alternative policies should be judged.

[1] In contrast to many common ways of defining good or bad neighborhoods, our results utilize an outcome-based measure of neighborhood quality using prior residents. We show that children who move to places where the prior residents do well in terms of some characteristic (e.g. earnings in adulthood) will also do well (e.g. have higher earnings) the earlier they move to that area. In practice, our results suggest there are five characteristics of places that tend to produce better outcomes for children in low-income family backgrounds: areas with more social capital and civic engagement, stronger family structures as measured by the fraction of two-parent households, less racial and economic segregation, less income inequality, and higher quality schools all tend to be areas that produce better outcomes. 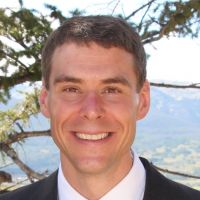 Nathaniel Hendren is an Assistant Professor of Economics at Harvard University and a principal investigator of the Equality of Opportunity Project.