As Alan Berube and research produced by the Brookings Metro Program have shown through their research, suburbs have experienced dramatic increases in poverty over the past several decades. Even though there is evidence that persons of color and those living in poverty may not experience the same levels of segregation as their counterparts in cities, many low-income suburban residents live isolated from jobs and programs of assistance. Finding solutions to rising poverty in suburbs and cities, therefore, requires an understanding of when we might expect the safety net to be more (or less) responsive to poverty in metropolitan America.

First, contrary to much political rhetoric, federally funded and administered safety net programs can be incredibly responsive to rising need regardless of where it occurs.  For example, the Earned Income Tax Credit (EITC) and the Supplemental Nutrition Assistance Program (SNAP) have scaled to reach emerging need in suburban, as well as urban and rural, communities. Not surprisingly, programs like the EITC and SNAP are among our most effective at reducing poverty.

On the other hand, much of the other critical assistance we seek to provide low-income populations -- social services providing emergency assistance, employment services, housing, and behavioral health services – are administered through local community-based organizations. Oftentimes this means that the safety net assistance needed to help someone find a better job, secure quality affordable housing, or feed their family are not provided to the same degree in suburbs, as in cities.

Why might suburban communities struggle to provide assistance to the poor? Whether real or imagined, local governments tend to operate as if there is a trade-off between supporting local social service programs for the poor and maintaining economic competitiveness. Many suburbs underprovide programs of assistance out of concern they will attract greater numbers of poor persons, which is feared will dampen the local economic climate. Policies emerge, therefore, that prioritize economic development and residential exclusion over antipoverty assistance. Fragmentation of local governmental institutions matters as well. Suburban regions encompass dozens of county, school district, and municipal governance structures, each with their own set of responsibilities and priorities. The plurality of actors makes it difficult to coordinate activities across jurisdictions, even if funding and capacity are present. Although city government is complex, generally there are far fewer autonomous actors and agencies to engage. The fragmentation of local government in suburbs also makes it more difficult for low-income households and other under-represented political groups to shape policy agendas than may be the case in cities.

There are no quick fixes for these obstacles to safety net provision. Urban poverty rates rest at historic levels despite increases in suburban poverty. Reallocating funds from cities to suburbs, therefore, is not a viable strategy. Current proposals to block grant and cut funding to federal safety net programs promised to give local places more discretion, only will make it harder for communities to deliver assistance to those in need. Private giving to human service charities has not kept pace with rising need in recent decades, which means that many urban and suburban communities simply do not provide adequate support to local nonprofit organizations serving the poor. The complex web of suburban government has emerged over decades and unlikely to change in the near-term.

Given these daunting challenges, what can we do? For starters, greater federal funding of cash, in-kind, and social service assistance is necessary to help tens of millions of families cope with job loss and reduced work earnings. With funding streams increasingly restricted to direct service spending, there is need for increased federal investment in local social service administrative capacity in underserved suburban (and rural) communities. Another path may be to create collaborative “races-to-the-top” where the federal government incentivizes the creation of regional safety net capacity. Without effort to enhance local suburban and metropolitan-wide human service capacity, it is unlikely we will successfully reduce poverty in suburbs – a failure that will affect the future vitality of both suburbs and cities. 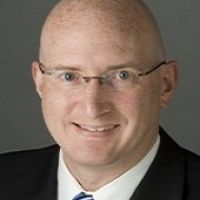 Scott W. Allard is a professor in the University of Washington's Evans School of Public Policy and Governance with expertise in the areas of social welfare policy and poverty.