Segregation, Suburbs, and the Future of Fair Housing

Racial segregation persists in America, but most researchers agree that it has declined over the long term. Edward Glaeser and Jacob Vigdor find that black/non-black segregation has decreased steadily since 1970. Research points to a variety of factors that may account for that decline, several of which reflect changes in American suburbs.

Increasing non-white population. Because racial segregation is often measured with respect to differences in the locations of white and non-white populations, one result of a rapid increase in the nation’s non-white population is increasing neighborhood contact between whites and other groups. John Iceland and Barrett Lee show that the share of U.S. population that is non-Hispanic white dropped from 80 percent in 1980 to 64 percent in 2010. Over that same period, they find that the share of all places in the United States that are at least 90 percent white declined dramatically, from two-thirds to a little more than one-third.

Increasing suburbanization of non-white population. As the non-white population has increased, people of color have also suburbanized in greater numbers. My Brookings colleague William Frey notes that by 2010, a majority of metropolitan residents in each of the nation’s three major racial/ethnic minority groups—blacks, Asians, and Latinos—lived in suburbs. People of color now represent a combined 35 percent of the suburban population in major metropolitan areas, and accounted for 91 percent of total suburban population growth from 2000 to 2010.

Greater integration in suburbs. As people of color have suburbanized in greater numbers, they have accessed communities where levels of racial separation are lower than those characterizing many urban neighborhoods. John Logan finds that in 2010, the average black suburban resident lived in a neighborhood where 45 percent of residents were white, compared to only 26 percent for the average black city resident. Similar, though slightly smaller, segregation disparities exist between Latino residents of suburbs and cities.

Movement toward less segregated regions of the country. Most changes in segregation are happening within metropolitan areas, but Glaeser and Vigdor point out that shifts across metropolitan areas account for about one-fifth of the decline in segregation between blacks and other groups since 1970. People of color have tended to move away from the most segregated areas of the country—like Baltimore, Chicago, Cleveland, and Detroit—over the last 40 years, toward newer, more suburban metro areas such as Atlanta, Dallas, Houston, and Washington, D.C. that exhibit less racial separation.

Together, these trends indicate that suburbanization over the last few decades coincided with, and helped contribute to, declines in racial segregation.

Yet suburbanization is not a social or economic panacea, as my colleague Elizabeth Kneebone and I have explored. Indeed, two-thirds of the increase in poverty in major metro areas from 2000 to 2013 occurred in suburbs. Like declining racial segregation, this trend could be viewed as evidence that policies to broaden low-income families’ access to the suburbs (e.g., through fair housing, housing choice vouchers, low income housing tax credits) are achieving their goals.

Suburbs with high rates of poverty, particularly among people of color, do not enjoy access to the same kinds of opportunities as other suburbs. They tend to be located farther from jobs. They have fewer transit connections. In many regions, they face significant fiscal stress, as Myron Orfield and colleagues have long documented. These very real challenges are often complicated by local perceptions on the source of these social and economic changes that are out of step with reality and limit effective responses. Many local elected officials point to “new” populations as sources of rising poverty, even as many more longtime residents experience increasing hardship.

Evidence is mounting that while suburbs exhibit lower overall levels of poverty and racial segregation than large cities, these challenges may simply be re-concentrating in suburbia. In 2010-14, 41 percent of poor suburban residents lived in a community where the poverty rate exceeded 20 percent, up from 31 percent in 2005-09. What’s more, the economic recovery thus far seems to be reducing poverty somewhat in cities, while high rates persist in suburbs. The continued re-popularization of cities may not lead to overall reductions in poverty, but instead shift concentrated economic disadvantage to places less equipped to confront it.

Notwithstanding the key role that suburbanization appears to have played in reducing racial segregation over the past few decades, these recent trends suggest that “moving out” provides no guarantee of “moving up.” In that respect, efforts to expand residential mobility must take careful account of the community options afforded to low-income families, particularly in regions where affordable housing is under-supplied in high-opportunity suburbs. Likewise, policy attention should focus not only on reducing the prevalence of extremely poor neighborhoods (where poverty rates exceed 40 percent), which are still most likely to be found in cities, but also on stabilizing suburban communities with elevated and rising poverty rates. A vigorous push to regionalize the administration of housing subsidies and planning for affordable housing would help minimize the inter-suburban fragmentation and competition that can often fuel racial and economic segregation in suburbia.

As policy makers and advocates focus on the implementation of new fair housing rules and other tools to continue our progress in reducing segregation, they will need to understand both the micro scale at which segregation arises and persists in regions, while keeping the macro demographic and geographic shifts discussed here in mind. 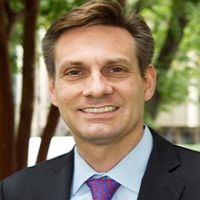 Alan Berube is a senior fellow and deputy director at the Brookings Institution Metropolitan Policy Program, and co-author of Confronting Suburban Poverty in America.