Alan Berube makes an interesting point that people based subsidies such as MTO may have had the perverse effect of reconcentrating poverty from the city to certain suburbs. However, he dulls the edge of this argument by tying in evidence of decreased racial segregation. As he points out, decreasing suburban racial segregation may have more to do with the relative increase in non-white, and Hispanic populations than relative increased suburbanization of poor people. While race and poverty may be correlated, introducing evidence on decreasing racial stratification diffuses his more important point: certain suburbs are looking more like our cities in terms of poverty and economic segregation.

The idealized post-WWII suburb was sold as a peaceful enclave away from the grime and congestion of the city. Of course race-baiting played a role in the siren call of white flight, but poor people were limited to city housing no matter their race. I am certainly not ignoring the flagrant racial discrimination of mortgage lenders in establishing middle class suburbs. But while the racial aspect was insidious, the more powerful impact of suburbanization was employment decentralization which produced the spatial discontinuity between poor people and jobs. Now, two generations later, poverty is increasingly spilling over the city suburban boundaries and, just as Myron Orfield predicted, certain suburbs are looking more like their city neighbors than their suburban counterparts. The irony of this situation is that urban centers are experiencing a renaissance with population increases and employers leaving the suburbs and returning to the urban core. [1]

As scholars I suggest that we should focus more on researching the impact of jurisdictional boundaries on this concentration of suburban poverty. Berube makes a very good point when he considers that “efforts to expand residential mobility must take careful account of the community options afforded to low-income families.” Those community options are limited severely by the reification of political boundaries that encourage exclusionary zoning. No amount of fair housing rules will counteract poverty concentration if zoning laws continue to erect barriers to low and moderate income housing. His call for regionalization is one that I, and others, made several decades ago but has yet to take serious traction. [2]

I would also caution that we more clearly delineate the goals of our policy recommendations. Decreasing racial segregation and deconcentrating poverty are both admirable and worthy goals. However, we risk missing the mark in both if we continue, as the author has, to fuse the two.

[1] See, Why Corporate America is Leaving the Suburbs for the City, The New York Times, August 1, 2016. http://www.nytimes.com/2016/08/02/business/economy/why-corporate-america-is-leaving-the-suburbs-for-the-city.html?_r=0 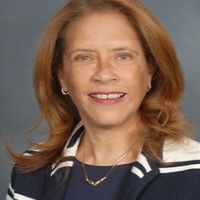