Justice Zoning: Without it, We Invite History to Repeat Itself

Amid an affordable housing crisis that feels particularly acute in the New York City region, advocates and elected officials alike have attempted to come up with solutions to make safe, decent, and affordable housing available to every individual and family. For many communities, inclusionary zoning is a go-to strategy for increasing the production of units. In their article entitled “A Not-So-Quiet Revolution in Land-Use Law? Scaling Up the Zoning Process to Promote Affordable Housing,” Roderick M. Hills, Jr. and David Schleicher suggest a different approach to assist communities struggling to keep up with the endless demand for affordable housing—and they’re on the right track.

Hills and Schleicher suggest that moving away from extremely localized land use decision-making and towards a pro-housing political coalition at the city-wide or state-wide level will help address the current housing crisis. This idea has merit, but it must be paired with an intentional effort to protect against the racial and economic segregation that can happen when decisions are made far away from the communities they are intended to help.

History tells us that land use policies that marginalize certain populations and exacerbate racial and economic segregation can be set at any level of government. Exclusionary zoning policies have kept the development of affordable multi-family housing out of wealthy communities, leaving low- income people concentrated in areas with limited resources. These policies disproportionately impact low-income people of color. We have all seen how Not In My Backyard (NIMBY) sentiments have either delayed or completely deterred affordable housing development. NIMBYism is created out of fear of who might come to the neighborhood to occupy new and desperately needed affordable housing, i.e. people of color, families with children, or the disabled.

Zoning policies at the city-wide and state-wide levels could help to ensure a more fair-share representation of affordable housing development that supports current and future populations—but only if those policies are intentionally inclusive. Notwithstanding potential concerns around states exercising too many preemptive rights and local municipalities exploiting their home-rule authority, decision-making at both levels of government are critical to ensuring that our affordable housing supply keeps up with demand at multiple income bands.

Two notable recommendations include creating a state-wide equitable share housing plan and establishing a minimum affordable housing goal for every community, ensuring that at least 10% of each community’s existing housing stock is affordable (reaching populations with income at or below 60% of the Area Median Income for rentals and 80% for homeownership). Additionally, the Roundtable recommended maximizing the benefits of Mandatory Inclusionary Housing in New York City to produce affordable and accessible housing, especially in low-poverty neighborhoods, to create more mixed-income communities. Other recommendations in the report attempt to address the challenges related to restricting the development of multi-family affordable housing that is also accessible to people with disabilities and integrated with all populations.

New York can learn from efforts such as SB50 in California and Minneapolis’s 2040 replanning, and there are small-scale efforts already taking place locally that we can elevate. What’s clear is that this is not something any one industry or government agency can do alone; the coalition Hills and Schleicher suggest must include developers, major employers, staple community institutions such as hospitals and institutions of higher education, and community-based organizations in order to fully address the affordable housing crisis.

In New York, that also means more collaboration among upstate and downstate housing advocates. We should want our city and state elected officials to utilize every tool available to them to address the housing crisis, which impacts everyone from the working poor to the middle class, but especially our most vulnerable populations: extremely low-income people of color, people with disabilities, seniors, homeless individuals and families, and the formerly incarcerated.

Moving more zoning power to the state level has the potential to make a powerful impact on New York’s ability to create and preserve affordable housing. But moving to a higher level of government is not sufficient to address segregation: any new land use policy must make a specific effort to undo racial and economic segregation and prevent it from harming the communities it seeks to rebuild. An effective policy must ensure that municipalities do their due diligence to affirmatively further fair housing and do not further exacerbate the poverty and community disinvestment in racially or ethnically concentrated areas. Without an explicit plan for inclusion, we invite history to repeat itself. 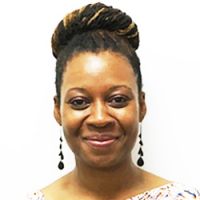