I agree with Professors Hill and Schleicher that we need firm commitments to specific levels of housing development, but we can do so while empowering local communities through a cross-acceptance framework comprised of enforceable mandates paired with local control of how to meet those mandates.

The precedent, however imperfect, is the Mount Laurel doctrine in New Jersey. Based on iterative court decisions and state legislation, municipalities must provide for affordable housing consistent with “fair share” analyses that distribute obligations across regions. Failing to do so invites a “builder’s remedy,” whereby a developer sues to bypass a municipality’s regulations. Wise municipalities plan and zone for affordable housing, ahead. In the 15 years that the NJ Fair Housing Act has been effective (i.e., excluding the 15 years of politically-motivated dysfunction; remember “imperfect” and “iterative”), 80,000 affordable housing units have been built, approximating 2 percent of the state’s total inventory. Massachusetts and California have their own “fair share” legislation. We need a statewide “fair share” campaign in other states across the country.

So much for the suburbs and small cities. What about large cities like New York City? NYC’s built environment ranges from suburban to the highest densities imaginable. Its population exceeds that of half the states of the Union (often by a factor of two or three). The population of the average Community District equals that of Kansas City. If independent, the 59 Community Districts would account for 10 percent of the nation’s incorporated municipalities of over 50,000 people. I would argue that local control—guided by citywide plans and zoning—is a question of method not proportionality.

A cross-acceptance framework for NYC could link both a broad master plan and simplified Zoning Resolution (maybe a dozen people fully know NYC’s zoning Kabala?) to area-specific plans and zoning. The citywide components would determine the range of decisions that Community Boards could make about (1) design—addressing urban design, (2) amenities—such as community space and retail, (3) mandates—especially for affordable housing, and (4) incentives—such as added density or height. Parts of the plans and zoning would be subject to regularized review and update, if not sunset provisions. A call-up option by the City Planning Commission would assure Community Board reticence to overreach. Retaining the City Council as the final authority (or creating an arbitration entity) would assure that the Commission avoids taking exception to Community Board decisions unless they are significantly contrary to citywide policies and Mayoral priorities.  In responding to Community Board reviews, a developer would logically weigh whether to accommodate the community, or trust to an appeal to the Commission. Essentially, the City Planning Commission would function as a regional planning authority with more power than usual in the U.S.; Community Boards would function as planning boards with less power than usual.

Focusing on affordable housing: A fair share plan would be adopted as part of the citywide master plan, with a toolkit of mandates and incentives in the Zoning Resolution. The plan would ensure equitable distribution of housing development obligations, mindful of gentrification impacts (as per the concerns of up-zoning skeptics). Community Boards would prepare their own planning for where and how they meet those mandates; failing that, the City Planning Commission would do so. A developer’s appeal to the Commission would be akin to the builder’s remedy. Mediation would replace courts as the final arbiter.

For this to happen right, the following would be needed: an abandonment of the pretense that the NYC Zoning Resolution is a master plan; a collaborative dialogue between top-down and bottom-up, engaging the city’s robust community development and civic communities; the same cross-acceptance / fair share methodology for the equitable distribution of beneficial, not just burdensome uses; the return of capital budget oversight to City Planning; the streamlining of City environmental reviews; Charter Revision and State legislation; and recognition of the need to provide added planning and plan-implementation capacity to neighborhoods that have less political, economic, and other resources—e.g., through planning grants directed to alliances of local civic organizations. Daunting but doable, especially now given the looming Charter Revision and the recent Amazon decision.

Returning to the big picture: Will planning (and community) boards still seek restraints, delay, nitpick, and balk? Yes.Their power lies in various ways of saying “we’d prefer not,” since zoning carves away from what the market wants.

So, will NIMBYism win out, after all? Not if we are smart. My experience is that communities will agree to development if convinced of its long-term inevitability… provided that the public benefits are timely, popular, and exceed the negative impacts of the development. Such bargains must be articulated through participatory planning that allows thought-leaders and communities to educate each other. This proved the case even for the contentious Fair and Affordable Housing effort in Westchester County… until Trump was elected and removed the inevitability part of the equation (for now). In NYC, consider the successful redevelopment plan for Essex Crossing, the innovative upzoning of East Midtown, and the plan for East Harlem. The common denominator for all three: planning mediation in which the community was uniquely empowered to achieve its goals distinct from those of City government.

Will developers holler? Of course. Logic dictates that developers argue for zoning to get out of the way of maximizing revenue, and the most successful developers of the moment are those that have mastered the current system. But once sufficient profitability is assured, developers care more about risk in yield and timeliness. (Not so speculators; this bears discussion another time.) As-of-right zoning and review timetables can guarantee timeliness and yield. Central and local plans can help smart developers anticipate the winning proposals. In time, there will be more developers and investors, and better development across the board.

Rather than choosing between regional progress or local empowerment, I am suggesting a grand bargain. Cross acceptance provides a balanced way to meet regional (or State) priorities but be respectful of community values. Localities should control the “how” not the “whether,” as embodied through a dialogue between top-down and bottom-up planning, enforced through predictable zoning. 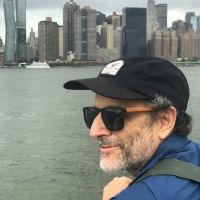 John Shapiro is a full-time professor in, and the immediate past Chair of, Pratt Institute’s Graduate Center for Planning and the Environment.