The fundamental problem with historical and modern-day local control of housing policy, including the placement of housing developments, is that it perpetuates the toxic combination of historical segregation plus white supremacy—the exclusive power of whites to marginalize groups deemed “not white” and mark them for discrimination and oppression. It thus victimizes descendants of enslaved Africans, Native Americans and other people of color deemed not white.

This power is not just used against individuals of color but has been systematically baked into laws and government policies, institutions large and small, and the very culture of the United States. This is structural racism. And local control legitimizes the power arrangements already in place from structural racism.

Local control derives from home rule, which consists of specific powers delegated by states to local municipalities. Those powers transfer to localities control of land use, public services, and community benefits, which, in the context of structural racism and white supremacy, give whites the power to exclude.  This power to exclude creates and perpetuates residential segregation.

Local control does not even require overt racial hatred. That is what is so insidious about it. It will automatically perpetuate racial segregation.

In many places, local control is accompanied by intense government fragmentation. On Long Island, where I live and work, nearly 3 million people are divided between two counties, two cities, 13 towns, and 97 incorporated villages. In addition to other taxing jurisdictions, there are 125 public school districts with very different resources and outcomes. That’s local control.

As a result of hyper-fragmentation, Long Islanders (e.g., government, real estate and homeowners) can easily, and often do, act in ways that “protect” local neighborhoods from change. White homogeneity is rewarded with higher property values, incentivizing and perpetuating racial segregation at the regional level. As a result, Long Island is one of the 10 most racially segregated metropolitan regions in the U.S. That’s local control.

The connection between structural racism and Long Island’s suburban character is epitomized by Levittown, which was designed exclusively for returning white veterans of World War II. Black veterans returned from fighting for America abroad to be blocked from sharing in that dream at home. Levittown homes even came with racial covenants prohibiting white homeowners from reselling their homes in the future to African Americans. That’s local control.

It was not until Congress passed the Fair Housing Act in 1968 that these types of overt mechanisms for perpetuating a white enclave and structurally denying blacks’ entry were made illegal. Yet a recent federal District Court ruling in Garden City, Long Island shows that the use of exclusionary zoning ordinances persists in the region, reinforcing residential segregation. That’s local control.

A famous housing discrimination case in Huntington, Long Island previously went all the way to the U.S. Supreme Court. In 1988, the Supreme Court ruled that Huntington violated the federal Fair Housing Act, because its zoning confined the construction of apartments only to a predominantly black neighborhood, thus creating a discriminatory result. In 2019 – 31 years later – the affordable apartment project in a predominantly white neighborhood at issue in that case is finally scheduled to break ground! That’s local control.

In 2014, 26 years after that decision, the federal government sued the Town of Oyster Bay on Long Island for violating the Fair Housing Act. In its complaint, the United States alleged that two housing programs to develop below-market rate housing for first-time homeowners and senior citizens discriminated against African Americans, because the programs give a preference to residents of the predominantly white Town. This produces a discriminatory result, because very few African Americans (3% of residents) live in the Town and fewer than one percent of the black families living there were eligible for the program. Income-eligible black residents nearby were blocked from participating. That’s local control.

I’ve been fighting structural racism on Long Island for nearly two decades, as President of ERASE Racism. With policies like local control, it is fair to say that residential segregation is firmly and stunningly in place. Local control has no doubt been carried to extremes on Long Island; however, the dynamic is not unique to this region.

The Anti-Discrimination Center’s False Claims Act lawsuit targeting exclusionary zoning in Westchester County, NY resulted in Westchester settling the case and entering into a 2009 consent decree. As the Center describes the outcome, “Westchester was prohibited from ignoring either the residential racial segregation that continues to plague it, or the municipal resistance to affordable housing development that stymies the possibility of changing those patterns.” That’s local control.

ERASE Racism recently filed lawsuits in Nassau and Suffolk counties against property owners and management companies that were showing rental apartments to white applicants and not to African Americans. When African American individuals and couples inquired about apartments, they were told that nothing was available; when whites inquired, they were shown available apartments and encouraged to apply. This was as recent as 2016. That’s local control.

Communities nationwide need a wide variety of housing types and prices to be available equitably. Local control has been an effective mechanism for blocking racial equity and limiting forms of housing historically associated with the poor and communities of color, such as multi-family, mixed-income and affordable rental properties.

At its core, local control is a system of perpetuating white advantage and disadvantaging people of color. Housing discrimination will never be successfully combated – including construction of the affordable housing that people with low incomes, including some people of color, so desperately need – until we recognize the extraordinary role that local control has played, and still plays, in creating and perpetuating discrimination and segregation, with its predictable inequities. 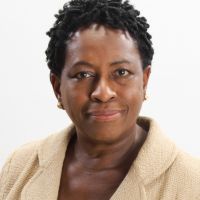 Elaine Gross is founder and president of ERASE Racism, a regional civil rights organization, based on Long Island.