A Not-So-Quiet Revolution in Land-Use Law? Scaling Up the Zoning Process

Although disagreements over housing and zoning tend to be vituperative, there is one fact about which everyone seems to agree: We have a full-blown crisis of housing affordability that has harmful effects on the economic and social welfare of the country as a whole and particularly on poorer citizens.

In a number of localities and regions where there is fast-growing housing demand and employment growth, the supply of housing is just not keeping pace. Land use regulations limit the capacity of developers to meet demand for housing.

The result is a bidding war on a relatively-inelastic housing stock. Rents and prices are sent ever-upwards, squeezing out working and middle-class residents from those places with the greatest economic opportunities. The economy as a whole suffers, as these potential residents would be more productive in, say, Silicon Valley or New York than they are in declining regions. And the housing crisis increases economic inequality, as the benefits of economic growth in these regions are increasingly captured by land owners rather than workers.

Economists have long recognized that we have a shortage in housing supply in our richest regions and cities. The burning question is what to do about this shortage. Our land use policy-making institutions are not well-designed to represent the public and private interest in expanding the housing supply. Zoning is not merely local but hyper-local.

In particular, most land use changes emerge through zoning amendments and other project-specific reviews. Citywide and statewide interests – employers, renters, public employee unions – care about the overall housing supply but not individual projects, and thus don’t get involved. But neighbors to proposed new developments, particularly NIMBYish homeowners, care deeply and are extremely influential with members of city councils. City councils end up relying on “aldermanic privilege,” allowing individual members of city councils the ability to veto land use changes in their district. And when incumbent homeowners – with strong incentives to keep up the value of their largest asset – decide, new housing does not get built. Land use procedure creates a politics that suppresses housing supply.

A key remedy for our housing crisis, therefore, is scaling up the process to move some decision-making authority away from the neighborhood level and moving towards the citywide, regional or even state level. This would put decision-making in the hands of those who have an incentive to care about the size of the housing stock.

But moving decision-making up to a higher level of government will have only limited success unless it takes the form of a firm state or citywide pre-commitment to specific levels of housing development or common state or citywide land use policies. Absent such a pre-commitment or jurisdiction-wide policy, the scaled-up decision-makers may reproduce the NIMBYism that dominates hyper-local zoning politics by using the same type of piecemeal decision-making that favors homeowners against broader interests. Badly designed statewide land use policy can be – and in fact has been – as restrictive as local land use policy. In contrast, setting firm targets for housing construction or establishing broad statewide land use policies inspires state and citywide interests to become involved in fighting for more housing.

To solve the housing crisis, we need more than good policies. We need a land use procedure that helps build a pro-housing politics.

In theory, having state governments rather than local governments making land use policies (or giving more power to citywide officials in big cities) should alleviate concerns about local protectionism. State or big city officials, unlike an individual town or neighborhood, should care about a broader set of interests, and the health of the economy, and not merely what works for one town or neighborhood’s homeowners.

But if decision-makers at a higher level are forced to make project-by-project or town-by-town determinations, it will produce the same dynamic as aldermanic privilege. Broader interests like employers, renters and unions have incentives to fight for state-wide policies that guarantee an adequate supply of housing, regardless of where that housing is specifically located, as housing markets are regional. If statewide review of land use decisions devolves into project or town specific determinations, there is a risk that suburbs and neighborhoods will fight their obligations at the retail level, unwinding the goals of the broader policy.

Consider, for instance, Oregon’s system of reviewing local zoning to insure consistency with a comprehensive plan. As created during the 1970s, such review was initially driven by environmentalists’ objections to new development: It operated as a “double-veto” on new housing in which developments that managed to evade local prohibitions were subject to being overturned by state officials. Not until 1981, when Oregon finally adopted firm density requirements for urban areas did the plan begin to promote housing. Likewise, the “Council on Affordable Housing” (“COAH”) was created by the New Jersey Fair Housing Act of 1985 to implement the New Jersey Supreme Court’s decision in Mount Laurel mandating that each local government accommodate a fair share of the regional need for affordable housing. Under both Democratic and Republican Governors, suburban mayors were able to influence COAH to subvert “fair shares” of housing assigned to them every time Mount Laurel’s complex and subjective calculations of future employment and regional need had to be updated. Just having state-wide decision makers does not mean policy will become more liberal.

So how can a state- or city-wide housing policy be designed to mobilize support for its own passage and effective implementation? The key is establishing processes that help build solid political coalitions in favor of new housing.

In an important recent article Chris Elmendorf argues that state housing mandates will be most successful when they allow local input on details but limit the capacity of locals to interfere with statewide deals. As Elmendorf argues, the great strength of California’s regional and local housing (RHNA) obligation approach – particularly as modified in 2017 to give it some teeth against local backsliding -- is that it sets housing targets for local officials to reach but leaves implementation to them. This is a version of what we have called a “zoning budget,” a high-level agreement about the amount of housing with binding effect on later zoning changes. Statewide interests – employers, unions, tenant groups – can push for good policies about determining the mechanism for determining housing need and the consequences for not hitting housing targets. The specifics of individual projects can still be fought over at the local level, but opponents are forced to propose alternatives that allow for housing growth elsewhere in town. Cities, we argue, can do this for themselves by modifying their land use procedures to force individual re-zonings to follow the city’s own previous commitments about the amount of new housing they want. Minneapolis’s successful 2040 replanning – which got rid of pure single-family zones and parking minima and added density along transit lines –shows the benefits of making land use changes through citywide policies, rather than one-off zoning amendments.

The key is to harness politics, not avoid it. The newly-crafted SB50 in California shows how pro-housing advocates are increasingly sophisticated in how they shape legislation in order to build coalitions. Last year’s version of the bill was a relatively pure effort to increase housing supply – displacing local height and density limits on building along transit lines, allowing small apartment buildings to be built. This year, the author, Senator Scott Weiner, made changes intended to build a solid pro-housing political coalition, rather than simply seek a first-best policy goal. Protections for local labor laws bought support from the construction trades. Restrictions on demolition, a carve-out that allows “sensitive communities” more time and flexibility to comply with the bill’s goals, and a mandatory inclusionary housing requirement have mitigated opposition from tenants’ rights groups. Increasing the bill’s scope to include some mandatory zoning changes in job-rich areas have given these new allies a common enemy: Silicon Valley’s richest and most exclusionary towns.

But the basic idea from last year’s effort remained. SB50 is a proposed statewide policy displacing local density and height limits around transit stops. It does not require the state to engage in project-by-project consideration. As a result, statewide groups were motivated to get involved in negotiating its terms. People can have their own views about the merits of this year’s changes – we have our qualms about some of them --but the idea behind them, using legislation to build a sturdy coalition in favor of more housing, is the right one.

The bottom line is this. Extremely localized land use decision-making helped build a politics that limits needed housing growth. The housing crisis is the inevitable result of this politics. What is needed are laws that not only reverse the substance of our bad land use policies, but also laws that change the process for making land use decisions in ways that help build a solid pro-housing political coalition at the citywide or statewide level. It will take a sturdy pro-housing politics to truly address the housing crisis. 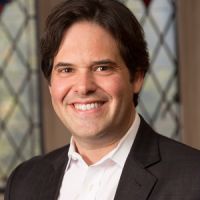 David Schleicher is a Professor of Law at Yale Law School and is an expert in election law, land use, local government law, state and local finance, municipal bankruptcy, urban development, and transportation. 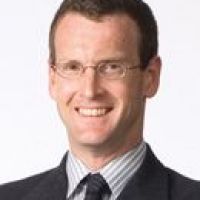