Yes, federal housing policy, including the Low Income Housing Tax Credit (LIHTC) program, should encourage the production and preservation of affordable homes in high income, low poverty neighborhoods.  And, the LIHTC programs should also encourage the development and preservation of affordable housing in lower income communities where there is a strong demand for affordable homes and simultaneously, a deep need for this critical economic stimulus. This is especially true in communities that are experiencing gentrification, where long-term lower income residents are being displaced just as access to better education and economic opportunities are increasing in their community.

I am concerned when the development of much-needed affordable homes in lower income neighborhoods is threatened by opponents who argue that affordable housing developments in these communities contribute to the concentration of poverty, thus violating fair housing laws and civil rights of future residents. My organization recently experienced this very challenge on its Rolland Curtis Gardens residential community in South Los Angeles.

Rolland Curtis was owned by a private owner who allowed the property's affordability covenants to expire with the intent to convert the property to market-rate student housing for the nearby University of Southern California.  Moreover, the property sits adjacent to bus and light rail transit systems and is located next to the largest private employer in the city (USC) and in an emerging commercial and retail development corridor driven by the University. In short, there are few locales that provide greater access to local and regional jobs, as well as economic opportunities.

With the support of our community-based partner and local land trust, Abode Communities gained control of the property. Given the site's tremendous potential, Abode Communities has proposed increasing the density to 140 affordable homes to maximize the number of low income Angelenos who can take advantage of the potential benefits. We worked closely with the families who currently reside at the property, who engaged in the redevelopment plans and will have the right to return to the newly developed property, which will remain affordable thanks to the subsidies provided by LIHTC and other public financing programs.

While we were in the midst of securing land use entitlements for Rolland Curtis, a small group of opponents submitted an appeal to the city planning commission. The appeal was supported by a letter from two prominent professors putting forth an argument that siting affordable housing in a high poverty neighborhood that lacked quality schools and access to employment opportunities “may serve to trap lower income families in a vicious cycle of poverty and further destabilize poor communities.” This was simply the wrong argument for the wrong neighborhood. Our team was able to successfully defeat the appeal with, among other things, strong support from local residents who have witnessed first-hand the displacement of lower income families as a result of gentrification. But it could have resulted in the loss of needed affordable homes in a neighborhood with increasing opportunities.

That said, in addition to building and preserving housing, like Rolland Gardens in gentrifying low income neighborhoods, I believe we do also need to find ways to get more affordable housing built in higher income, lower poverty neighborhoods.  In Los Angeles, there are significant barriers to creating such housing. First, it can be difficult to find appropriately zoned land.  Second, the cost to build in many low poverty communities is prohibitive. Land costs alone can drive a project’s costs to levels where affordable rents are very difficult to achieve. Third, the land use approval process is often protracted, which is costly, and low poverty neighborhoods often have well organized and mobilized groups of NIMBYs that can extend this time considerably, introducing even more costs. Taken together, these factors make producing affordable homes in low poverty neighborhoods a daunting task.

So how do we make changes to the LIHTC program and QAPs to encourage the production and preservation of affordable housing in lower poverty areas? Clearly, increasing the competitiveness of these developments for the existing LIHTC program is part of the solution. However, increasing the overall size of the federal tax credit program and linking this increase to incentives that target production and preservation in low poverty areas is needed. By doing so, state allocating entities would be able to increase the amount of tax credits going into these developments without reducing the level of financial support that is especially needed in lower income communities.

As Adam Gordon noted, the LIHTC program has been successful accounting for one-third of all rental homes built in the United States since the program’s inception. Because it is often not profitable for the market to build housing for low income residents, one might argue that if not for tax credit programs, most affordable homes would not have been built. I know this might be over simplifying matters, but why not let the LIHTC program be just that—a housing program. The success of the LIHTC program is evident in both the sheer number of homes built over the past 30 years, as well as the number of high-quality, affordable homes for lower income renters. 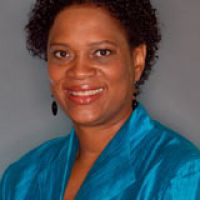 Robin Hughes is the President and CEO of Abode Communities.