It’s hard to believe a program little known beyond community development circles is now central to the national debate about poverty. And yet, the Low Income Housing Tax Credit (LIHTC) is increasingly viewed as a tool to promote economic mobility for the poorest Americans.

It is clear why—the housing credit helps finance almost all affordable rental housing in the country. Over the last three decades it has leveraged more than $100 billion in private capital to build 2.7 million rental apartments in urban, rural and suburban areas. By almost any measure, it has been a tremendous public policy success.

But, by primarily directing resources to low-income neighborhoods, some people are asking whether it has also reinforced segregation and concentrations of poverty in certain places.

It’s a tough question. It speaks to this country’s history of housing discrimination and the legacy of high crime, struggling schools and poor health it has left us. We know that some children benefit from moving to neighborhoods with less poverty. We also know that some families are deeply rooted in their communities and want to raise the standards of living in the places they call home. State and local housing finance agencies (HFAs) that allocate the housing credit need to balance these two opportunities as they craft their Qualified Allocation Plans to respond to gaps in their local housing landscape.

At the same time, we shouldn’t overlook the fact that the housing credit has an anti-poverty impact that goes well beyond the number of apartments built.  The credit spurs considerable economic development that engages the private market in places long starved for capital. It lays the groundwork for new businesses, health centers, schools, parks, and jobs. Because of this broad reach, a dollar of LIHTC capital typically has a much greater impact in low-income areas than it does in other places. It isn’t just residents of these projects that benefit—so, too, do nearby neighbors and business owners in low-income areas.

Harlem might be the best example of how investments using the housing credit—especially those led by neighborhood nonprofits—have spurred new stores and restaurants, improved schools, cleaned-up parks, and expanded access to health care. Indeed, as Harlem has gentrified, the housing credit has helped ensure that low-income people can still afford to live there to enjoy the benefits.

Versions of that experience can be found in communities across the country. In Boston’s Roxbury neighborhood, early investments in housing continue to drive steady progress. And, in Washington, D.C.’s Brookland neighborhood, LIHTC capital has helped fuel an arts-centered revitalization near the local metro station. It’s not that the credit has eradicated poverty—some people still struggle to find good jobs and crime is still a concern. But, incomes are on the rise and people generally feel safer. These are communities that now offer opportunities to residents.

Congress recognized this kind of added value several years ago with specific policies to boost housing tax credit projects in deeply distressed communities. At the Local Initiatives Support Corporation, we have seen billions of dollars in housing credit investments spur billions more in commercial development and community programs that improve safety and expand economic opportunity. It is as evident in Oakland and Houston as it is in Duluth and Providence.

Nationally, the LIHTC program is responsible for an estimated 96,000 new full-time jobs and $9.1 billion in local income each year. It eliminates blight—the kind that lingers, spreads and destroys local economies. It helps attract new customers to local businesses and nudges out crime. It improves nearby property values and expands tax receipts to support city services (PDF). And it is vital for preserving affordable housing so that when a neighborhood does start to turn around, longtime residents aren’t priced out.

If we push too many credits beyond low-income areas, we lose those wide-ranging benefits. What’s more, simply allocating credits to projects in more prosperous areas isn’t enough to spur affordable housing development there. Market forces, local zoning ordinances and intensified local opposition often make these projects more costly to develop and/or significantly lengthen the development timeline.   We think LIHTC projects can be one piece of an effort to decentralize poverty. But, they aren’t quick roads to economic diversity, at least not on their own.

So, let’s be thoughtful—and practical—as we debate this issue.  What can we do right now to create more options for low-income families, wherever they might live?

Expand the LIHTC program: The Bipartisan Policy Center has recognized the value of the LIHTC investments and recommends a 50 percent increase in credits to help meet existing demand—which, depending on the state, is typically three to four times current tax credit limits. If we want to encourage more affordable housing in higher income areas, it’s critical that we not strangle our ability to revitalize troubled communities in the process.  Expanding the overall LIHTC program gives us the chance to accomplish both.

Develop incentives to support mobility: It’s unrealistic to expect poor families to just pick up and move to projects in so-called “high-opportunity” areas—those with better schools and less crime. They don’t have the resources to do so. HUD should consider incentives that help projects support mobility, including counseling and help for families to relocate if they so choose.  State QAPs could then align with those incentives.

Facilitate voucher portability and enforce “source of income” regulations: The federal Housing Choice voucher program should give very low-income families the chance to move into healthier communities.  But, voucherholders often face administrative hurdles and widespread discrimination, leaving most with apartments in or near the same areas they have always lived.  Local housing authorities should work together to make sure vouchers are portable. And, jurisdictions should consider whether they need new legislation to discourage or prohibit discrimination against voucher holders while educating landlords and enforcing existing anti-discrimination laws and policies.

In a resource-constrained environment, this is a high-stakes debate. Unless we plan to raze troubled neighborhoods or turn them over for total gentrification, we need to deal with the myriad challenges they face. It will take a thriving Low-Income Housing Tax Credit program to tackle deeply entrenched poverty and build the kind of economic stability that reaches beyond any one development effort. We should be advocating for ways to expand the program to reach more people and more places so both have a chance to thrive. 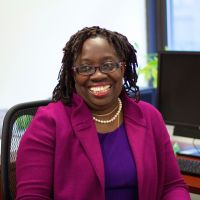