Tax Credits Can and Should Build Both Homes and Opportunity

The Low Income Housing Tax Credit (LIHTC) program has built more homes affordable to lower-income renters than any federal program in American history. Yet there has been far less robust discussion and policy innovation around how to best focus this expansive program than one would expect given LIHTC’s scale. It is time to better ensure that LIHTC builds not just homes, but also opportunity. A new study by HUD’s Office of Policy Development and Research prepared by the Furman Center, along with other recent research and experience, provides an empirical framework for how to use LIHTC to expand opportunity.

Incredibly, in the first 20 years after its creation as an untested idea in the omnibus Tax Reform Act of 1986, LIHTC accounted for one-third of all rental homes built in the United States. Over 2.5 million homes have been created or preserved through the program. It is imperative that any future tax reform keep LIHTC in place as a policy experiment that has worked — much better than most people thought it would at the start.

As a credit against federal taxes, LIHTC is administered by the Department of Treasury, rather than by the Department of Housing and Urban Development. Treasury has given each state housing finance agency essentially free rein in where they allocate the credits. Perhaps as a result, the LIHTC program has often been left out of debates about federal housing policy — even though, for creation and preservation of rental homes, it essentially is the federal government’s housing policy.  The statute establishing the LIHTC program requires each state to produce a Qualified Allocation Plan (QAP) establishing how it will divide up its allocation of funds, and also mentions a number of general allocation criteria. Treasury has never issued regulations that further clarify these criteria, and how they relate to broader federal obligations such as the Fair Housing Act. As a result, each state has been basically on its own to come up with its QAP, with widely varying results.

Given the prominence and success of LIHTC, it is time to ask whether the incentives of the program have been structured correctly to make sure that federal dollars are used most effectively. How does one identify housing that does more than just provide physical shelter? How can we make sure that LIHTC also connects people to opportunity and builds strong, diverse communities?

The new NYU Furman Center study empirically demonstrates that these QAPs matter. The study focuses on the relationship between criteria in the QAP and the share of LIHTC funds going to low-poverty, medium-poverty, and high-poverty neighborhoods. Concentrations of poverty, and segregation by race and ethnicity, have generally been linked to lower earnings and fewer educational and economic opportunities. While many people may choose to live in or stay in concentrated poverty neighborhoods where they have strong roots, others would like to move to seek better schools or safer neighborhoods. The Furman Center study measures the degree to which the LIHTC program provides a range of choices versus only siting LIHTC units in high-poverty neighborhoods.

According to the study, QAPs matter — a lot. Among the 21 states studied, allocations of LIHTC homes to low-poverty (under 10% poverty) neighborhoods ranged from an astonishing 0 percent in Mississippi to 47 percent in New Jersey. And states that shifted their QAP system over the past decade to place greater emphasis on lower-poverty neighborhoods generally saw significant results.

Most strikingly, New Jersey a decade ago allocated only 12 percent of its tax credits to low-poverty neighborhoods. In 2003, New Jersey changed its QAP to emphasize higher-opportunity neighborhoods as part of the mix and subsequently saw a 34 percentage point jump in the share of LIHTC units in low-poverty neighborhoods. Other states such as Massachusetts and Texas saw similar, though more modest, results from changes to their QAPs.  Meanwhile, states such as Indiana and Maryland that made it harder proposals that located homes in low-poverty areas to win the competition for tax credits — for instance Maryland added additional hurdles by requiring local governments to sign off on developments even if they fully complied with local zoning — saw significant decreases in the share of LIHTC units built in low-poverty areas.

How did New Jersey do it? My organization, the Fair Share Housing Center, along with two NAACP branches and the Camden City Taxpayers Association, sued the New Jersey Housing and Mortgage Finance Agency in 2003 over its QAP. We alleged that New Jersey’s record of allocating LIHTC homes over the first fifteen years of the program violated state and federal civil rights laws. Notably, 20 percent of tax credit units had been allocated to Camden, one of the poorest cities in the country, even though Camden has less than one percent of New Jersey’s population. Camden community groups brought the lawsuit because many (though not all) of these homes were built not as a result of community demand, but rather because developers from outside the community saw isolated areas of Camden as profitable places to buy land for very little money and get LIHTC funding. While the federal LIHTC statute requires prioritization of allocating credits to urban developments that are part of a comprehensive revitalization plan, that rarely happened.

In response, before the case ever got to argument, the New Jersey Housing and Mortgage Finance Agency (HMFA) changed its QAP. Then-HMFA head Sean Closkey devised a system in which developers whose proposals sited homes in low-poverty, high-opportunity communities would get a significant share of credits — roughly 60 percent. Meanwhile, the remaining credits would be prioritized for urban neighborhoods.    The system also placed significant priority on preservation of aging existing affordable housing, for which LIHTC can provide a capital infusion for renovation and extended affordability, as part of the overall allocation system. This priority ended up involving both neighborhood categories, in that while older New Jersey subsidized housing was predominantly in poorer neighborhoods, there also are a significant number of suburban and rural developments needing preservation.

In the view of the NAACP chapters and Camden City Taxpayers Association who brought the suit, these changes, while making some progress, did not sufficiently prioritize higher-opportunity communities nor truly focus on comprehensive revitalization in urban areas.  The court ultimately agreed that the Housing and Mortgage Finance Agency had a duty, in its administration of the QAP, to comply with the federal Fair Housing Act and to affirmatively further fair housing. The court, however, deferred to the agency’s changes, finding that they were sufficient to meet that duty.

While the changes from our perspective were not enough, they had a big impact. As the Furman study shows, the allocation of tax credits to lower-poverty neighborhoods jumped from 12 percent to 47 percent of all allocations after the changes were adopted. As a result, over 5,000 households have had an opportunity to live in communities that they would not have otherwise been able to access. A recent book by Doug Massey and several Princeton colleagues, Climbing Mount Laurel, suggests that many of those households have had better educational, economic, and mental health outcomes as a result. And demand has been huge: three to five year waiting lists are typical. In the meantime, significant funds have still gone to projects in higher-poverty communities, still in amounts more than their share of the state’s overall population, though the differential is not as extreme as it was prior to 2003, when Camden received 20 times as much funding as its share of the population.

After a new head of the New Jersey Housing and Mortgage Finance Agency, Tony Marchetta, was appointed in 2010, he set out to revise the QAP for the first time since the litigation. He aimed to maintain a balance between access to higher opportunity communities and community revitalization, while doing more to target the most critical projects in both areas. After extensive discussions with non-profit and for-profit developers, smart growth organizations, housing authorities, and other stakeholders, the resulting new QAP, adopted in 2013, does much more to target urban areas facing gentrification and to prioritize lower-poverty areas with the best schools, job access, and transit.

Many other states can learn from what we have done in New Jersey. While the solutions to more effective use of LIHTC will not be identical in every state, the results in very different kinds of states in the Furman Center study show that QAPs do matter. Changes to the QAP can encourage more opportunities in lower-poverty neighborhoods throughout the nation that encourage racial and economic integration, while also addressing the threats of gentrification to existing affordability and encouraging comprehensive community revitalization. 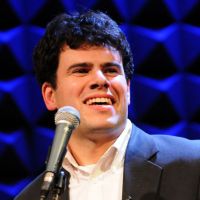