It’ll Take More Than a Voucher

As Rachel Godsil writes, it is intellectually tempting – but currently misguided – to think of gentrification as a solution to the segregation that divides New York City.

I’ve been grappling uneasily with this tension for the past 20 years, at the Fifth Avenue Committee (whose founding mission in 1977 was to confront displacement and preserve diversity in Park Slope), the Pratt Center for Community Development, as a past board chair of ANHD, and for the past five years representing much of “Brownstone Brooklyn” in the New York City Council.

But we certainly have not succeeded in preserving diversity.  Rents and home prices are no longer affordable for young professionals, much less teachers or artists, much less old-timers or low-income families. Even in those places where there’s a bit more diversity within a few blocks (e.g. near subsidized housing), the schools often remain more segregated than the neighborhood.

Don’t get me wrong. I love my community – its great public schools, parks, livable streets, and locally-owned businesses – and yes, its contradictory but very real commitment to social justice and fighting inequality. We remain keenly aware of the contradictions (and not only because we’re all reading Thomas Piketty this month).

Even as gentrification and immigration have taken a bit off its rough edges, NYC remains firmly segregated. We’ve seen the smallest declines in segregation of any big city in the U.S. and we’re second-highest in racial segregation. Economic segregation is growing, with fewer mixed-income neighborhoods, and more very wealthy and very poor ones.

New York’s schools are the most racially segregated in the country.  And as Aaron Pallas writes, this is true even in gentrifying neighborhoods like Park Slope, where the (zone-based) neighborhood schools re-segregate rapidly and dramatically.

While a modest number of homeowners have benefited from the changes, renters (outside of subsidized housing) are likely to be displaced from their neighborhood just as the schools and services are improving. New Yorkers are mostly renters. Lower-income New Yorkers are overwhelmingly renters.

Godsil is also right that gentrification compels government action in order to make sure more residents benefit. While the more highly-linked articles about gentrification are cultural (not that “Dream Revisited” won’t give Spike Lee, Errol Louis, and A.O. Scott a run for their money), for me the policy issues are ones of class and opportunity. Our goal should not be to engineer neighborhood culture. But it should be to offer far more equality in life chances.

But confronting the problem of gentrification – with a commitment to real equality of opportunity – is far harder than Godsil acknowledges with her prescription for “gentrification vouchers.”

For starters, its too expensive – and even self-defeating – to offer subsidies that would affirm and fuel the speculative increases in land prices that are driving displacement.

A bizarre but horrible case in point, right now, is the mass-eviction of over 100 seniors (in their 80s, 90s, and 100s, including a Holocaust survivor and a Tuskegee airman) from the Prospect Park Residence. These residents pay over $5,000 per month (admittedly, for a meal plan and some services, in addition to rent). But they are being cruelly evicted by a landlord whose base greed simply knows no limits. He’s making plenty, but now that the J-51 tax abatement has expired, and he can take the building to market-rate, he can make far more.

Gentrification vouchers for the seniors at the Prospect Park Residence would cost far more than we could justify subsidizing – and they still wouldn’t abate the trauma of a 102-year-old great-grandmother, forced to move many miles away and see her great-grandkids far less often.

Of course we want to leverage the benefits of growth in a more equal way.  But if we actually want “neighborhoods of choice and opportunity,” we have to be willing to do more to temper, regulate, and redistribute the speculative increases themselves. Toward that end, I believe we should embrace stronger regulatory tools that might give values of decency and equality a fighting chance:

Strengthen the rent laws. Let’s start (next year in Albany) by rolling back vacancy decontrol (without which those seniors might not be facing the heave-ho) and demanding local control over our own rent laws. Operating multifamily rental property in NYC is good business. We don’t need to allow super-profits to owners looking to convert their buildings, out of some sense of obligation to the market. I’m pleased to see that Rachel Godsil has just been named chair of NYC’s Rent Guidelines Board, where she’ll have a hand in shaping NYC’s rent regulation policy. In gentrifying places outside of New York, policy-makers might want to consider the intriguing contemporary model of selective rent regulationproposed by Arlo Chase.
Mandatory inclusionary zoning, to insist on affordable units in all new developments (and get more where we are willing to give density bonuses and tax breaks). Hopefully new requirements would moderate spiraling land prices a little bit, as the affordability obligation gets built into the price of land.
Permanent affordability of subsidized housing, to better prevent families from being pushed out at the end of the regulatory period. We’ve seen too many cases now where families were evicted and affordability lost, for a return that developers never imagined or relied on when they negotiated the deal 30 years earlier.
More durable mixed-use: Its not only residents that get pushed out, but businesses too. We’ve got a real opportunity in Gowanus to preserve blue-collar jobs, some room for arts and industry, and a mixed-use neighborhood – even as we permit some new residential development. But only if we include far stronger zoning tools to protect manufacturing and mixed-use areas (and provide for the infrastructure needed to sustain smart growth) – as we’re aiming to do through our “Bridging Gowanus” community planning effort.
Perhaps most important, confront school segregation head-on.  We’re experimenting in Park Slope, with a new model we adopted last year at PS 133 (a new, non-zoned school, with admissions criteria that prioritize diversity), and other districts across the city are doing even more. As growth leads to building new schools, rather than provide them with a segregated geographic zone, we should adopt admissions policies that prioritize diversity. More broadly, we should make a real, citywide plan to reduce school segregation.

I’m not naïve. We aren’t going to hold back market-forces. I’m willing to support smart growth and development, even where some of my constituents resist it. And even as I’m nostalgic, I like a lot of what’s new – even the new “shuffleboard club” in Gowanus (ok, not quite as much as the old slot-car racing track in Kensington) – much of which has been driven by the “creative destruction” of market-led gentrification. I’m not aiming for some ideal society. And I’m mindful of the messy consequences of regulation.

But it’s not the market that has delivered us Prospect Park, or my kids’ public schools, or a livable and walkable neighborhood, or our neighborhood libraries, or the affordable housing units that remain.

And it won’t be the market – even tempered with some vouchers – that confronts the crisis of inequality and allows our neighborhoods to be shared a little better.

If I missed something, and Congress is preparing to address steadily-growing inequality more fundamentally with new macroeconomic policies, I’m willing to give those a chance to work first. But last I noticed, the Democratic-majority Senate couldn’t pass a bill raising the minimum wage to a paltry $10.10 (which would net a full-time worker a $18,400 annual salary, enough to affordably pay a whopping $460 in rent per month).

So I’m ready for some bolder policies at the local level – stronger than Godsil recommends, ones that I know my friends at REBNY and the Partnership for NYC will roll their eyes at – to see if we can build on the successes we have, and make it possible for a far-wider set of New Yorkers to share them. 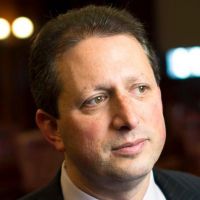