Rachel Godsil’s post takes up the challenge and opportunity posed by gentrification. Gentrification often entails the movement of higher socioeconomic status whites into relatively poor, predominantly minority communities. Rachel’s observation of increased racial and socio-economic diversity in Bedford-Stuyvesant is borne out by more systematic research that I have undertaken that shows that neighborhoods that experienced gentrification across the 1980s and 1990s were more diverse both in racial and ethnic terms and in terms of socioeconomic status than other central city neighborhoods that did not experience gentrification (Freeman 2009). Despite the increased diversity associated with gentrification, however, cynicism and despair are the hallmarks of this type of neighborhood change. Godsil’s idea offers a starting point for addressing some of the fears associated with gentrification. For reasons I outline below, however, there is more that could and should be done to address the challenges posed by gentrification.

Long term residents, and particularly renters, often fear that if rents rise during gentrification they will no longer be able to afford to remain in the neighborhood. Offering housing vouchers to residents of gentrifying neighborhoods would help allay one of the major fears of gentrification—that of displacement. But offering vouchers to only those who currently reside in the gentrifying neighborhood might not be sufficient for maintaining racial/ethnic and socioeconomic diversity in the long run. Several studies have shown that the major force of demographic change in gentrifying neighborhoods is the alteration in who is able to move into such neighborhoods, not how quickly the current residents move out (Freeman and Braconi 2004, Freeman 2005, McKinnish, Walsh et al. 2010, Ellen and O’Regan 2011). If we remember that neighborhoods are dynamic entities with people being born, dying and moving away all the time we realize that neighborhood stability is only apparent when the incomers look like those leaving. Voucher holders also die, retire and move away. Under Godsil’s plan these voucher holders will be replaced by others who don’t necessarily look like them, and the risk of resegregation would remain.

Finally, providing CBOs in gentrifying neighborhoods with the resources to fund affordable housing might also help sustain these organizations to undertake other activities such as community mobilizing. Such mobilization is required so that long term residents feel that they have a say in what happens in their community and so that they won’t come to ask questions like the one posed by a long-term resident of one gentrifying Brooklyn neighborhood, “…why does it take an influx of white New Yorkers in the south Bronx, in Harlem, in Bed Stuy, in Crown Heights for the facilities to get better?” Too often residents of gentrifying neighborhood feel that the improvements taking place are for the benefit of newcomers. But a mobilized community with the capacity to look after its own interests would be better positioned to effect change in their neighborhood and would likely be less cynical about the changes taking place. 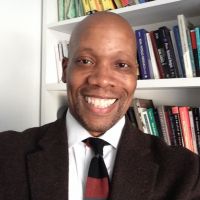 Lance Freeman is an Associate Professor in Urban Planning at Columbia University and is the author of There Goes the Hood: Views of Gentrification from the Ground Up.