Newly Constructed Housing Units on the Rise in 2015 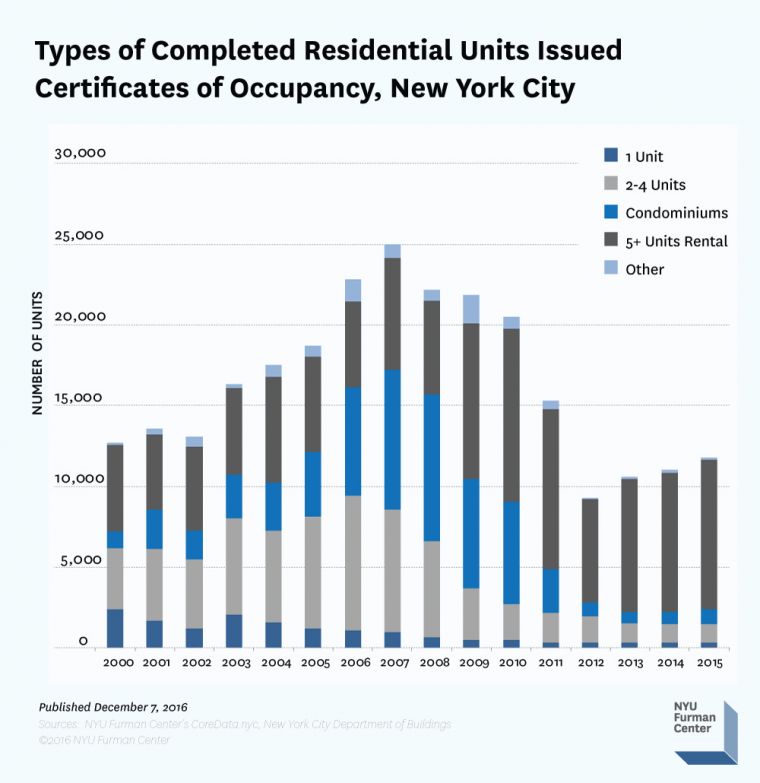 Units certified for occupancy rose again for the third straight year in 2015, up 7% since 2014. Though still below pre-recession levels, an uptick in residential building permits suggests that completed units will continue to increase as newly authorized construction is completed. 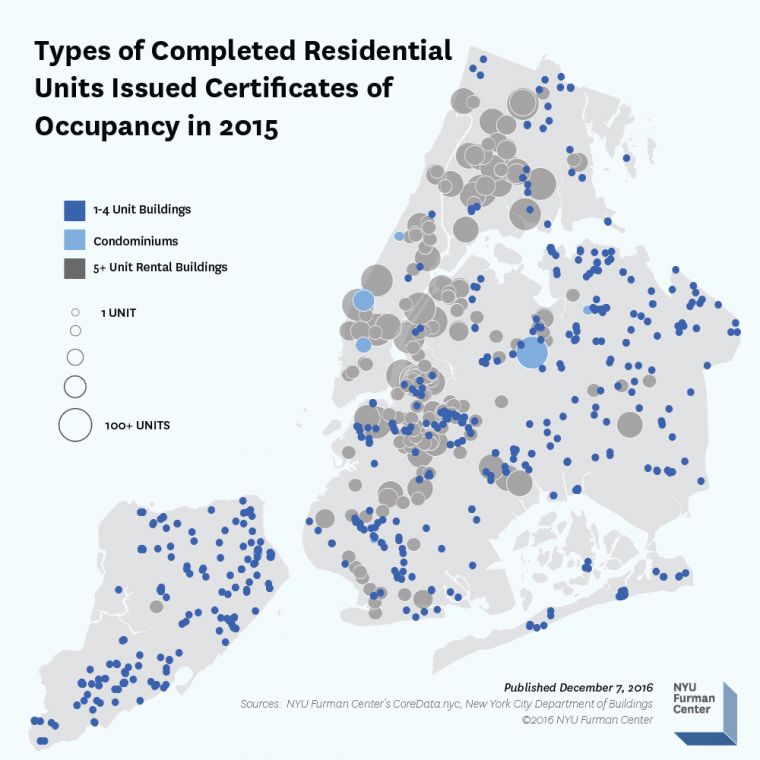 New residential units in 2015 were not evenly distributed throughout the five boroughs (view the interactive map on CoreData.nyc). The rapidly developing Brooklyn and Queens waterfront accounted for most of the new residential units. Construction of smaller buildings (single-family and two- to four-unit buildings) was mostly concentrated in Staten Island and the boroughs outside of Manhattan.

CoreData.nyc is New York City’s housing and neighborhoods data hub, presented by the NYU Furman Center. Sign up to receive updates about CoreData.nyc.