NYC New Building Permits Recovered to 2014 Levels in Third Quarter, Despite 421-a Suspension 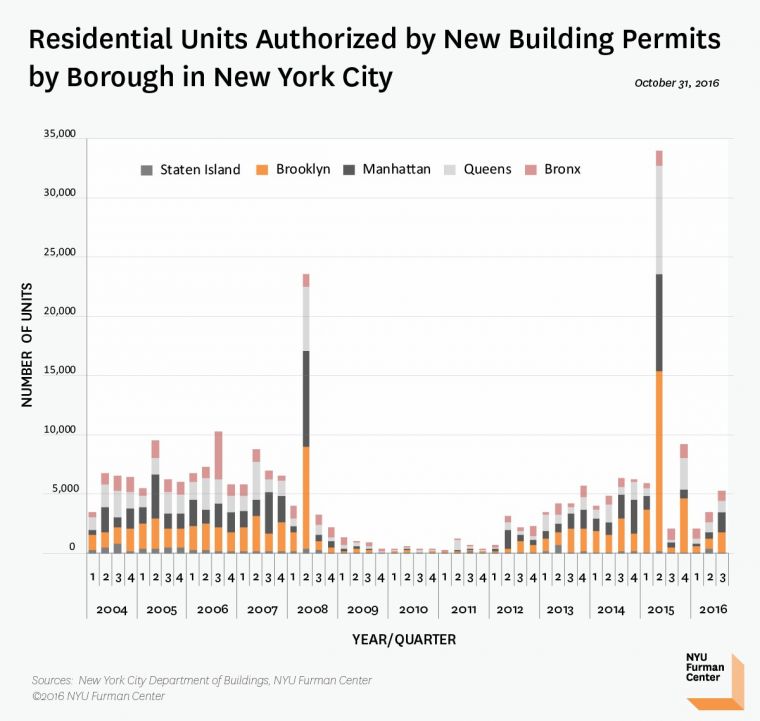 In the third quarter of 2016, New York City authorized 5,256 housing units for new construction—a growth of 49% over the previous quarter, and just over 150% from the previous year.

Since 2012, Brooklyn regularly ranked first among the five boroughs in the number of new building permits per quarter. But in the third quarter of 2016, new building permits were nearly equally distributed in both Brooklyn and Manhattan, at just over 32% and 31% of the city’s total respectively, while Queens received 20%, the Bronx 15%, and Staten Island 3%.