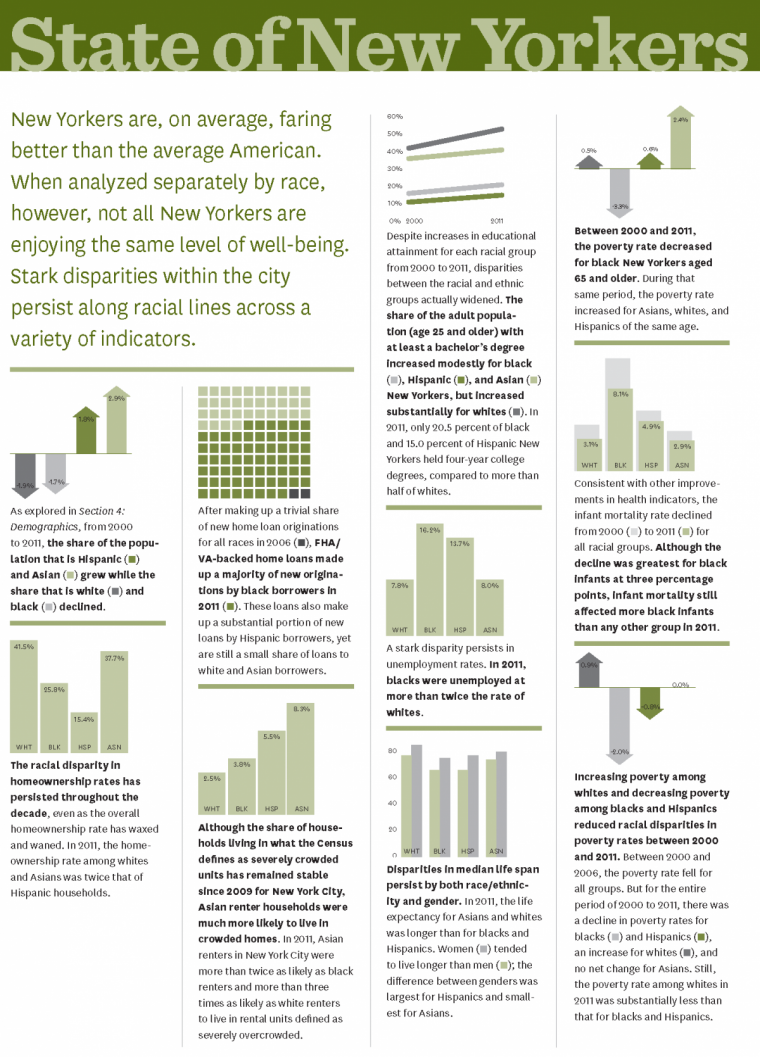 New Yorkers are, on average, faring better than the average American. But when separated by race, not all New Yorkers have enjoyed the same level of well-being. Fifty years after the March on Washington, stark disparities within New York City persist along racial lines across a variety of indicators.

Our State of New York City's Housing & Neighborhoods 2012 report found that while NYC residents are--on average--faring better than the average American, disparities within the city along racial lines still remain. Here are a few key points from the report: