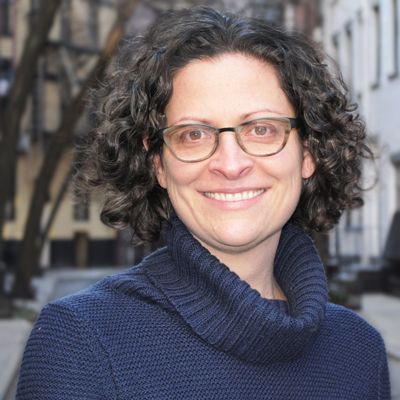 The NYU Furman Center announced today the appointment of Jessica Yager as its new Executive Director. She succeeds Mark A. Willis, who agreed to step into the role two years ago in an interim capacity when Vicki Been, who was a Faculty Director along with Ingrid Gould Ellen, left for the de Blasio administration. Willis will return to research work full time as the NYU Furman Center’s Senior Policy Fellow.

"Jessica brings both an extremely sharp mind and a deep commitment to urban policy," said NYU Furman Center Faculty Director Ingrid Gould Ellen. "She is also an exceptional manager, and we are delighted that she has agreed to take on this new leadership role."

"We are extremely grateful that Mark has lent us his managerial wisdom and leadership over the past two years,” said Ellen, "And we are very happy that he will stay on and lead several important projects.”

Prior to joining the NYU Furman Center, Ms. Yager was the founding Director of the Foreclosure Prevention Project at Queens Legal Services, where she supervised a team of lawyers and paralegals working on foreclosure defense and predatory lending cases. She has also worked as a senior staff attorney at the Office of the Appellate Defender; a clinical teaching fellow at the Center for Social Justice at Seton Hall University School of Law; and as a law clerk to the Honorable Napoleon A. Jones, Jr., United States District Court for the Southern District of California. Ms. Yager received a J.D. from NYU School of Law, where she was a Root-Tilden-Kern Public Interest Scholar, and a B.A. from Wesleyan University.

“It is an honor to lead the NYU Furman Center and support its important mission of advancing research and debate on housing, neighborhoods, and urban policy,” said Ms. Yager. “I am excited to support our talented team as we continue to provide rigorous research to inform policymaking.”