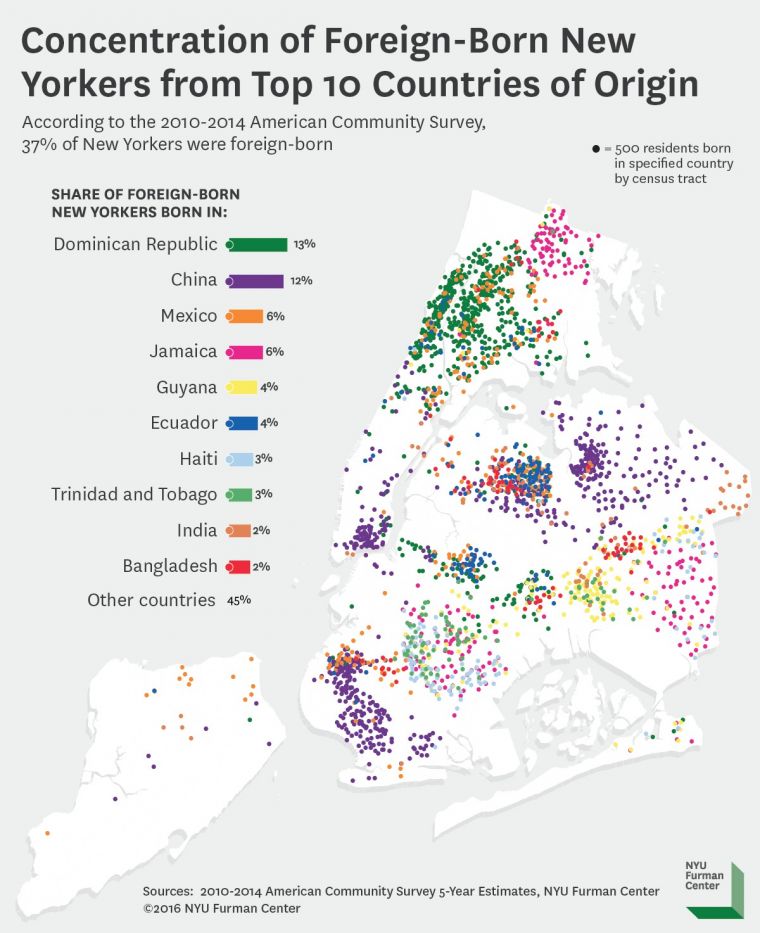 According to the 2010-2014 American Community Survey, the 37% of New Yorkers who were foreign-born hailed from over 100 different countries.

This map shows the distribution of immigrants from the 10 countries with the largest representation in New York City.  A dot in a census tract indicates that 500 people born in the specified country lived in that tract.

As the map shows, immigrants from the Dominican Republic—who, at 13% of the city’s foreign-born population, constitute the city’s largest immigrant group—clustered in northern Manhattan and the south Bronx. Chinese immigrants comprise 12% of the city’s foreign-born population and tend to live in enclaves in Chinatown in lower Manhattan, Flushing in Queens, and Sunset Park and Bensonhurst in Brooklyn. Queens is home to numerous clusters of immigrant groups, including concentrations of New Yorkers from Jamaica, Guyana, Ecuador, India, Bangladesh, and many other nations.