It’s no surprise that Rob Sampson - one of the finest minds to ever wrestle with the challenges of the city and the role of neighborhoods in structuring our life chances – would stimulate such an important conversation on our urban and national future. Here, he poses what is perhaps the fundamental question urbanists and policy-makers must grapple with: Should we favor “people-oriented” policies, as many economists have argued, that move people, particularly young people, out of disadvantaged places and relocate them in neighborhoods with better schools and public services? Or should we focus on “place-oriented” policies that build up disadvantaged neighborhoods and make them better and stronger?  This is one of the most vexing issues in urban policy and it is one that I have personally struggled with. My own view is shaped not just by my own urban scholarship but my life experience.

Let me explain. I was born in Newark, New Jersey to working class parents. My father, a child of the Great Depression and a veteran of World War II, worked in an eye-glasses factory in Newark’s Ironbound District, starting at age thirteen. In 1960, when I was a few years old, my parents moved from Newark to North Arlington, New Jersey in search of a better environment for my brother and me.

North Arlington was a different world than Newark—its streets were cleaner and safer, its schools were better, and its demography was whiter—but it was still a rough and tumble place. One-third Italian-American, one-third Irish-American, and one-third Polish-American, I fought my way through grade school, where I had to hide the fact that I was smart. By high school my peers were involved in all sorts of things we think of now as urban pathologies – using and dealing drugs, committing petty crimes, and getting girls pregnant.

When I was 17, I applied for and received a Garden State scholarship to Rutgers and it changed my life. I was lifted out of my old tough-guy peer group and transported into an environment where I could learn and thrive. I not only earned my degree but I found my great passion. While I went on to complete a doctorate and become a professor of urban studies, any number of my old peers went to drug rehab, to prison, or worse. Some overdosed; others were killed. I am sure that if I had I stayed in that environment some ill event would have come my way too, no matter how hard I tried to avoid it. My own upward mobility was not only a consequence of my parents’ incredible commitment, but also of those two moves, especially the latter one.

All of this is a long way of saying that I agree with Sampson’s conclusion that a two-pronged approach is best. In the short term, it makes sense to both continue and expand existing people-oriented strategies that enable talented kids to get away from the overwhelmingly negative peer and neighborhood effects that they would otherwise be exposed to. But we also need a longer-term strategy that supports much more substantial investments than we are making to improve disadvantaged neighborhoods. The kids I grew up with in North Arlington may have been tough and misdirected, but they had real talent that, unfortunately for them and for society, went untapped. Most of the kids who were left behind in Newark didn’t have a chance.  Some of my own extended family that remained there dropped out of high school, more than a few are no longer with us.

It’s become a commonplace to say that cities in and of themselves are a force for change and thatmayors can do it all. But the scale of investment that I am envisioning goes far, far beyond anything that our mayors and cities can do by themselves: To get there, we need a new kind of national urban policy. Our existing policies are holdovers from an older age, when central cities had been devastated by the flight of people and jobs to the suburbs.

With the rise of the post-industrial knowledge economy, the job market has bifurcated into well-paid knowledge work for about a third of the workforce and precarious and contingent low-paid service work for more than half of it. At the same time, the old hole-in-the-donut pattern of hollowed out urban cores surrounded by increasingly well-off suburbs has become a patchwork, with zones of concentrated advantage juxtaposed to zones of concentrated disadvantage across suburbs and cities alike, the geographic manifestation of our deepening economic polarization. The most desirable locations in terms of schools, public services, natural and built amenities, job opportunities, and physical and social mobility are occupied by the already-advantaged. The left-over spaces and the peripheries where the less-advantaged are forced to live are rife with neighborhood effects that compound their disadvantages.

Beyond the interventions that Sampson describes, we need an urban policy that is attuned to this new reality—and that can help to change it. What we need is a new growth model that is as ambitious and as far-reaching as our post-World War II commitment was to creating a middle class. We need to re-knit the safety net and ensure that everyone has access to good, family-supporting jobs that are the equivalents of my father’s factory job. That means upgrading the 70 million low-wage service jobs that are concentrated in our cities. It means a renewed commitment not just to building more big buildings, as so many urban economists already advocate, but to building housing that isaffordable for people who earn significantly less than the median. It means investments in transit to connect our cities to our suburbs and the unemployed and under-employed to better jobs and services, and in high speed rail to connect less-fortunate metros to more thriving ones. It means massive new investments in education.  And it means investing in the places left behind, just as Sampson lays it out. All in all, it means a combined approach to both people and places.

Sampson gets it. Now it’s time for our nation’s policy-makers to listen and get it too. 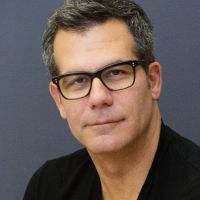 Richard Florida is Director of the Martin Prosperity Institute at the University of Toronto’s Rotman School of Management, Global Research Professor at NYU, and senior editor at The Atlantic where is he co-founder and Editor at Large of CityLab. He tweets at @Richard_Florida.

More in Discussion 15: Moving Up or Moving Out