I read Robert Sampson’s article, “Moving Up or Out? Confronting Compounded Deprivation” with great interest. Sampson’s emphasis on the concept of compounded deprivation is important because differentiating poverty experiences – from that which is fleeting and/occurring in non-poor neighborhoods to that which is deep seated, possibly multigenerational and in areas in extreme disadvantage along multiple dimensions – is useful for research, and even more importantly, for shaping policy intervention and design.

Professor Sampson argues that poverty through compounded deprivation requires a unique policy response that centers on people AND place-based approaches. Although I agree that such a dual focus is sensible, I believe that Sampson somewhat overlooks the need to improve physical and social access to (quality) jobs in addressing compounded deprivation. Suffice it to state that employment obviously has numerous individual, household, and community economic development benefits, and that lack of employment opportunities has played a devastating role in producing neighborhoods characterized by compounded deprivation. This suggestion complements Sampson’s call for people and place-based strategies that focus on improving prosocial institutions such as schools and reducing social problems such as violence, drugs, and gangs, as well as considering cash assistance or tax relief.

What people and place-based policies can increase access to employment? Like Sampson, I too think people-centered policies that help poor people move to areas of opportunity should be supported but not prioritized.  Even though most employment growth takes place in areas distant from the neighborhoods where most poor people live and distance to jobs does matter in influencing employment, especially for the less-skilled,[1] “move out” initiatives such as the Moving to Opportunity Demonstration Program still may not be the most effective use of resources, particularly given recent research results pointing to disappointing effects on employment.[2]  Although scaling up the Moving to Opportunity program may not be feasible, increasing the budget for Housing Choice Voucher (HCV) programs would be possible, if there were greater political will. Given relatively recent policy changes that make it easier for HCV recipients to use vouchers in different jurisdictions, many of those who would receive vouchers if the program were expanded would chose to move to areas of opportunity (especially if coupled with greater incentives for “landlord take up” in these area and/or enforcement of laws prohibiting discrimination against voucher holders).

Place-based approaches that create jobs and enhance access to employment should be considered as well. Incentive policies that attempt to lure or create private sector jobs in areas of compounded deprivation, however, are probably a comparatively inefficient approach.  Research on enterprise, or more recently, empowerment zones demonstrates that it costs a lot of taxpayer money to bring or to create just one job in a zone; even then, many job gains come from companies migrating from just outside to just inside the zone, so that there is little net increase in employment in a region.[3]  A recent example of competition among Western states for Tesla’s new car battery plant that Nevada recently won makes the point on cost and inefficiency.  Nevada provided Tesla $1.2 billion in tax incentives over a ten year period to what amounts to, at worst, 6,500 direct jobs in the Tesla plant, to, at best, 22,500 jobs, counting these and the indirect jobs created by the existence of the Tesla plant.  A simple back of the envelope calculation indicates that this subsidy amounts to between $54,000 and $184,600 per job (without appropriate discounting).[4]

What to do then? Conceptually, there is another people-based policy that can have place-based impacts at the same time; but this one does not require moving people out. This people-based approach focuses on extremely poor people while keeping them in place, and its effectiveness rests on the fact that those in neighborhoods characterized by compounded disadvantage are spatially concentrated.  Therefore, targeting the extremely poor would have disproportionate spatial benefits. This strategy is likely to be all the more effective if combined with strategic place-based (more than likely public) investments that are not necessarily direct job-creating efforts but rather investments in social and physical infrastructure that in turn incentivize employers to locate to areas they’ve historically shunned.

What kind of policies could these be? Policies such as high quality universal pre-school will disproportionately positively impact extremely poor neighborhoods where residents face inconsistent and /or low quality child care. Economic development in these areas could occur through not only the strategic site selections of centers in extremely poor areas, which in turn will create jobs for care givers, but also by better preparing children for primary schools, thereby making primary school more efficient for harder to serve children. Policies that target extremely poor students in primary and secondary schools by providing more money per student (as California recently did for those in high poverty neighborhoods because equal educational opportunity requires unequal resources) can have this same impact. Combined with ongoing and other school-based and teacher reforms that aim to increase student achievement and skill sets, these efforts should in the medium to long run improve the skills sets of those in extremely poor areas and increase employer interest.

Ongoing criminal justice reforms at the state and local levels that “get smarter” on crime, such as changing sentencing and parole practices, abandoning mandatory minimum sentences and creating incentives to redefine the use of state prison systems, and then using budgetary savings from these efforts to further invest in crime preventing activities such as diversion programs, community drug courts, or the hiring of more (community) police (as my colleague Steven Raphael and I have advocated), will continue to put downward pressure on already falling crime rates in tough neighborhoods.[5] This combined with an increase in ex-offender rehabilitation and training programs will begin to add employable (mostly) young men to neighborhoods destabilized in the past by draconian incarceration policies.

Finally, these efforts combined with smart, strategic public investments in extremely poor areas such as public hospitals, libraries, light rail routes and other public transit options, to name a few, could begin to add value and attract employer interest, especially in those areas that are proximate to centers of economic and creative activity.  Doing so would require electing forward thinking public officials who see public expenditures as investments.

Combined, these activities could raise the location profile of areas characterized by compounded deprivation and attract businesses.  However, low and mixed income housing investments must be part of that policy mix to insure limiting harmful impacts of gentrification, and doing so would require local government to be smart about incentivizing infill development and relaxing outdated zoning codes that restrict repurposing of existing older commercial structures for residential development.

[2] One reason for the disappointing employment effects is that many MTO participants moved to areas not very dissimilar from their old neighborhoods.  See John Quigley and Steven Raphael, 2008, “Neighborhoods, Economic Self-Sufficiency, and the MTO Program” in Gary Burtless and Janet Rothenberg Pack (eds.), The Brookings-Wharton Papers on Urban Economic Affairs, The Brookings Institution, Washington DC. 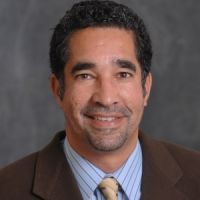 Michael Stoll is a Professor in the School of Public Affairs, and Associate Director of the Center for the Study of Urban Poverty, at the University of California, Los Angeles (UCLA).

More in Discussion 15: Moving Up or Moving Out