Rob Collinson concludes from his quantitative analysis that Small Area FMRs (SAMFRs) help housing choice voucher (HCV) families to find units in less impoverished neighborhoods where they can realize the benefits of safer streets and better schools.  The on-the-ground experience of the Inclusive Communities Project’s (ICP) Mobility Assistance Program (MAP) in the Dallas area suggests that nothing could be more true. While Collinson highlights important research showing that Dallas movers accessed lower poverty areas with better schools and less crime when SAFMRs came to town, his post doesn’t sufficiently emphasize the power of zip-code based subsidies to combat racial segregation and affirmatively further fair housing.

HUD’s interest in expanding SAFMRs to other metros hinge, in part, on the expectation that they will enhance the ability of voucher holders to access housing in “integrated neighborhoods in support of the agency’s goal of affirmatively further fair housing.”[1] Notably, Dallas Housing Authority’s (DHA) May 31, 2016 Resident Characteristics Report shows that 87 percent of its 15,749 voucher holders are Black, and a similar share existed in 2011, when SAFMRs came online.  According to then DHA Executive Director Mary Ann Russ, over 5,000 DHA voucher holders moved to more integrated and opportunity-rich areas during the first three years the agency used zip-code based subsidies.[2]

Despite outcries from landlords who worried that they might lose their longtime above-market rents in their high-poverty segregated areas, for families like Lamesa White’s, the program change meant the world. Many MAP families regularly say they enjoy “the peace” after making the choice to move to lower-poverty locales; for Ms. White, it meant being able to leave an area where her child’s classmate was shot the day her family moved.[3] The move led her to an environment that inspired her teenage daughter to attend college and provided a school with more one-on-one special education attention for her younger child.

While a small pool of families with DHA litigation-designated vouchers with enhanced rents (about 2,500) regularly reached low poverty, moderate income, high opportunity communities before Dallas’ SAFMR era, few regular HCV holders could access these neighborhoods.  Some explain the concentration of regular voucher holders in high-poverty, segregated areas as the result of families’ choices to live near what is familiar.  However, when SAFMRs were introduced in Dallas, families showed strong interest in moving to different neighborhoods.  About 82 percent of the approximately 3,000 regular MAP relocation briefing attendees signed up in 2012 to hear more about MAP’s counseling and housing search assistance for families interested in what would be beyond “the familiar.”  While all did not move that year to ICP-defined high opportunity areas, in part due to some of the additional barriers that Collinson notes, the long sign-up sheets belie the notion that no one seeks integrative moves out of high-poverty segregated neighborhoods.  For these families, zip-coded based FMRs mattered.

That said, implementation of SAFMRs acts as a floor, not a ceiling, for what housing program administrators should do to help families who wish to move out of racially segregated areas.

Comprehensive mobility counseling and policy improvements (within and outside the HCV program) can remove many barriers to fair housing choice for voucher families.  But these efforts go nowhere if the voucher’s buying power remains strangled under a multi-area FMR system.  Collinson is correct.  Expansion of SAFMRs is exciting.  In fact, it could be the most important jump-start HUD and PHAs can take to meet their obligation to truly affirmatively further fair housing.

[2] Presentation given by Mary Ann Russ, DHA Executive Director at City of Dallas Fair Housing Symposium, April 30 2014. (Including DHA’s vouchers, over 30,000 HCVs are administered in the Dallas Metro area.) 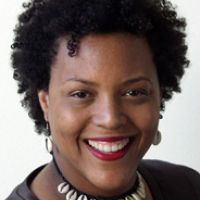