The disappointing fact is that - on average - the voucher program doesn’t actually move families to less impoverished or substantially safer neighborhoods. There are a number of explanations for why this is the case: landlords discriminate against voucher holders; rental housing in safe, low poverty neighborhoods can be scarce; voucher holders may lack information about units in these neighborhoods; or they may elect to stay close to family or friends in poor neighborhoods. Another important explanation is that vouchers simply don’t pay enough to help most low-income tenants afford rental units in nicer neighborhoods. Tenants in the voucher program are required to pay 30 percent of their income as rent and the government pays the rest, up to a subsidy ceiling (a Fair Market Rent, or FMR) which is usually set at the 40th percentile of metro area or countywide rent.[1] Thus, the amount the government supplements is the same for both relatively expensive and relatively cheap neighborhoods within a metro area. Vouchers cover the cost of rents for 68 percent of rentals in poorer neighborhoods, but just 15 percent of rentals in wealthier neighborhoods.[2]

Recently, HUD has proposed expanding an exciting demonstration targeting this latter challenge. Known as Small Area Fair Market Rents (Small Area FMRs), the policy replaces a single voucher subsidy ceiling which applies across all neighborhoods in a metro area with a policy tying the subsidy maximum to the typical rent within each zip code.[3] This allows the voucher to be large enough to pay for more expensive rents in higher rent zip codes while cutting the maximum subsidy in low-rent communities.

In a recent study with Peter Ganong, I examined the effects of Small Area FMRs in Dallas, which have been in effect since 2011, and found that voucher holders in Dallas move to measurably better neighborhoods after the implementation of Small Area FMRs relative to a control group of voucher holders in neighboring Fort Worth. Tying the Fair Market Rent to ZIP code rents led voucher families in Dallas to move to less impoverished neighborhoods with substantially lower violent crime levels. Using an index of neighborhood quality which incorporates crime, poverty, single-parenting, school quality and employment, we find that voucher holders move to neighborhoods that are 0.23 Standard deviations higher in quality – equal to about one-third the Hispanic-White gap  in neighborhood quality in the Dallas metro and one-quarter of the Black-White gap.

We contrast this with an existing policy of raising the FMR across all neighborhoods from the 40th to 50th percentile of metro area rents.[4] The latter policy fails to move voucher holders to high quality units or neighborhoods.  When the FMR is raised across all neighborhoods, voucher holders don’t appear to take their vouchers to better neighborhoods. Instead, they search in the same neighborhoods either to improve their odds of leasing-up at all (only about two-thirds of families issued vouchers successfully lease-up through the program) or to find units with more space or amenities.  In contrast, Small Area FMRs level the odds of finding a unit in high- and low-quality neighborhoods, encouraging families to search for units in higher quality areas where their voucher “goes further.”

Identifying cost-effective strategies to improve the neighborhood environments for voucher families – particularly those with young children, who are likely to benefit most from low-poverty neighborhoods – is critically important for the voucher program. Some concerns remain about negative consequences of FMR reductions in low-rent neighborhoods: will voucher families simply occupy worse quality units in low-rent neighborhoods or will voucher holders occupy the same units but shoulder more of the rent (or will voucher tenants find acceptable units at all)? These are legitimate concerns that should be tracked closely. However, in many markets voucher tenants already occupy units well below the FMR, so these tenants may be relatively unaffected by reductions in FMR.[5] The effectiveness of Small Area Fair Market Rents may vary by housing market conditions and population groups (such as the disabled and elderly), both areas that warrant further research. But Small Area FMRs can be a critical tool to enable voucher families to find units in less impoverished neighborhoods where children and adults can realize the benefits of safer streets and better schools.

[1] The rent ceiling is known as the “Payment Standard” and determined locally by PHAs, but must be between 90-110% of the Fair Market Rent, which is determined by HUD and is typically set at 40th percentile of a metro rent distribution. Tenants may rent units above the payment standard, but bear the cost of each additional dollar above the ceiling.

[2] In Collinson and Ganong 2016 we use a special tabulation of American Community Survey data to calculate the fraction of units approximately below a metro 40 percentile rent within each census tract. Census tracts with median rents of 150%+ of the FMR or greater have only 15 percent of their rental stock renting below the 40th percentile of the metro distribution.

[3] The median number of zip codes in a metro area is 37, and the average number across all CBSAs is above 60.

[5] In Collinson and Ganong 2016, using data from the mid-2000s, we estimate that 60 percent of voucher tenants rent units below FMR. 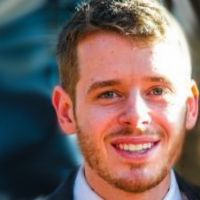 Rob Collinson is a doctoral fellow at the NYU Furman Center and a third-year doctoral student at NYU Wagner.