The older population is growing at an unprecedented rate.  By 2030 one in five Americans will be age 65 or over and by 2040 the number of Americans age 65 and over will double from 40 million in 2010 to 81 million.  The aging population is also becoming more diverse, driven by both changing demographic trends and increasing immigration.   Given current racial disparities in wealth, the higher proportion of minority older households means that there will be more households entering into older age with fewer resources and higher mortgage debt, as well as other housing disparities that are often the result of past discrimination.  Older African-Americans, for instance, are more exposed than other age groups to residential segregation and to neighborhoods with higher levels of poverty and lower levels of amenities important to health, such as access to fresh food, transportation, and open spaces.  Even long term residential care, such as assisted living and nursing homes, remains racially segregated, with African-Americans receiving lower levels of care and exhibiting worse health outcomes.

Meanwhile, the prevalence of disability increases with age—over half of people over 65 have a disability. To age with dignity and maintain their quality of life, older adults need housing that is affordable, accessible, and well located.  If possible, almost all prefer to age in place in their own homes.  If they must relocate for cost savings or accessibility, older adults want to do so on their own time table, and not at the whim of a landlord or on conditions circumscribed by the adverse effects of rules based on outmoded, misguided, or uninformed opinions or decisions of housing providers, politicians, or government officials.  Rules that prohibit scooters or companion animals on residential property are relics of a time prior to the movement for civil rights for people with disabilities, as are zoning laws that prevent building ramps or policies that dictate how many people with disabilities can live together.

Building on the civil rights movements for disability rights and racial justice, older people all over the country have relied on the Fair Housing Act to ensure that they have equal access to housing that is affordable, appropriate, and accessible to them as they age and where they can have the services they need provided to them in their communities rather than in an institutional setting.  Age is not a protected class under the Fair Housing Act.  Nevertheless, older persons, like all Americans, are protected from discrimination based on their race, color, national origin, religion, sex, family status, or disability.  Discrimination can sometimes take subtle or hard-to-identify forms, even though the policy that facilitates the discrimination occurs openly and in plain sight, as the following case illustrates.

Over 25 years ago a social worker in a nursing home called my legal services office about a 64 year old resident who was desperately trying to get out. There was no longer a medical need for her to be there. Her doctors agreed her care could easily be provided in an apartment in the community. So the worker helped Ms. Cason apply to the local housing authority for an apartment she could afford in a senior high rise.  When she called me, the social worker asked what she could do about the rejection Ms. Cason had received stating that before Ms. Cason could move in, she had to prove she was “capable of independent living” by living in the community on her own for eighteen months.

What was happening to Ms. Cason was wrong and unfair, but it was not on its face illegal or discriminatory. In fact, it was a neutral, general rule applied to anyone applying to the housing authority’s high rise apartments, usually set aside for those 62 and older. Only after other clients were interviewed and admissions data examined did it become clear that the housing authority’s policy had the effect of discriminating against people with disabilities. They were the ones applying from rehab centers, nursing homes, from living with their families, and thus bearing the burden of the 18-month rule. Cason v. Rochester Housing Authority (1) became the first disparate impact case decided under the Fair Housing Amendments Act of 1988 (FHAA).  As a result of that case and others like it, many people with disabilities who would have been barred from living in their community were able to move from their nursing homes and other institutional settings to apartments and fully partake in community life.

Twenty-five years after the Cason decision, the ability of the Fair Housing Act to provide for the full inclusion of people with disabilities in the community is at risk if the Supreme Court rules that it will no longer be possible to challenge rules and policies based only on their discriminatory effect. In passing the FHAA, Congress understood that discrimination against people with disabilities often results from indifference or stereotypes and not explicit discrimination, and that it would be necessary to outlaw actions or policies that had the effect of or operated to discriminate. “Independent living” policies similar to those challenged in Cason continue to exist in many segments of the senior housing market.  As an example, many professionals I know who rely on assistive technology and personal attendants are prohibited by these rules from moving into many retirement communities despite earnings and backgrounds similar to their professional peers. These policies will be difficult to challenge if the Supreme Court eviscerates disparate impact.

Older people are also vulnerable to racial discrimination.  This summer, the first residents of the Gardens neighborhood expect to move into their new one-floor, age-friendly affordable homes in Mt. Holly, New Jersey. These plaintiffs settled their lawsuit against the Township of Mt. Holly shortly before the Supreme Court was scheduled to hear their case in December 2013.  The Gardens in Mount Holly, New Jersey, was a community of mostly minority, lower income, older homeowners.  The Township of Mt. Holly decided that the neighborhood, where a substantial portion of the Township’s minority residents lived, was “blighted” and planned to force out all of the residents, demolish the neighborhood, and transfer it to a private developer to build townhomes that most existing residents would be unable to afford. The residents challenged the Township’s redevelopment plan because it called for the complete demolition of their homes and dispersal of their community; furthermore the cash payment they would receive would never allow them to become homeowners again in the current market or to pay for care they might need as they aged.

The Third Circuit Court of Appeals found that the Garden’s residents had sustained their initial burden of showing that the Township’s redevelopment plan adversely discriminated against the plaintiffs based on race. After that decision and before the Supreme Court heard the case, the Garden’s residents and the Township came to an agreement on a new redevelopment proposal.  As in the original, challenged plan, the new redevelopment plan includes commercial and residential units and creates economic development potential for the Township.  In contrast to the original plan, however, it does not displace residents from the community, is cost neutral for residents, and allows all of the Gardens’ older residents to age in place.  Many of the oldest residents, some who have lived there since the community’s founding during World War II, would certainly be looking at scattered nursing homes now had a showing of intent been required to challenge even such an overwhelmingly, wholesale discriminatory plan.

The Fair Housing Act is essential to ensuring that older Americans have the housing they need to live high quality, independent, financially secure lives. Their continued ability to challenge policies that limit their full inclusion in the community without the necessity of proving intent, must not be limited. 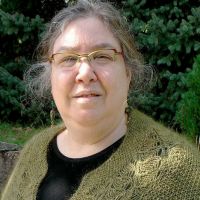 Susan Ann Silverstein is a Senior Attorney with the AARP Foundation Litigation.

More in Discussion 13: The Future of the Fair Housing Act