This is Fair Housing Month, commemorating the bedrock civil rights principle that we all deserve the opportunity to choose a home and neighborhood free from discrimination. April is Fair Housing Month because, on April 11, 1968, President Johnson signed the Fair Housing Act of 1968 after months of ideological gridlock.  The legislative breakthrough came only when, on April 4th of that year, the Act’s champion, Dr. Martin Luther King, Jr., was murdered in Memphis. In the wake of that tragedy, and growing demands for action, Congress came together to pass the 1968 Act.

Today, almost 50 years later, the Fair Housing Act is again at risk.  In a case from Texas pending before the U.S. Supreme Court, the Justices may be poised to greatly weaken the Act.  An adverse decision would undermine America’s progress toward a nation of open and inclusive communities, and our national values of equal opportunity for all.

A full and effective Fair Housing Act serves the nation well, prohibiting discrimination based on race, religion, gender, national origin, disability and family status.  It has helped to break up longstanding patterns of segregation and fostered diverse, prosperous communities. It has helped to create and preserve housing that is affordable to working families of all races and backgrounds. It has offered true inclusion to people with disabilities in communities around the country. And it has been one of the few successful tools for holding big banks accountable for the subprime lending abuses that crashed our economy just a few years ago.

This progress should be allowed to continue, and more remains to be done. Antiquated zoning restrictions, for example, still hamper the construction of homes that working people can afford, and disproportionately exclude families of color. Real estate agents and landlords still often make assumptions about people’s ability to pay based on stereotypes instead of facts. And we’ve seen that big banks like Wells Fargo, Bank of America, and PrimeLending have systematically marketed risky subprime mortgages to people of color, including those who can well afford market rate loans.

Addressing those challenges requires a Fair Housing Act that prohibits both intentional bigotry and unjustified policies that exclude or segregate in practice. And for over four decades, lower courts have agreed that the Act does just that.  The U.S. Department of Housing and Urban Development, which is charged with enforcing the Act, has concurred. But, despite this consensus, the U.S. Supreme Court will decide in the coming weeks whether to require proof of a decision maker’s subjective discriminatory intent to prove a violation of the Act.

Requiring proof of intent would badly damage the Act’s effectiveness.  In the 21st century, people rarely announce their intention to discriminate.  Moreover, some of the most harmful fair housing violations involve the thoughtless perpetuation of past discrimination.  Consider for example, the many municipalities in which minority neighborhoods are geographically isolated from opportunities like quality schools, good jobs, and public transportation.  Land use decisions that deepen those patterns should go forward only if municipalities show that they advance important objectives, and absent less discriminatory alternatives.  Requiring proof of active discriminatory animus would remove that scrutiny and allow harmful practices to continue.

Other types of decisions can be equally harmful. In a recent fair housing case from Ohio, for example, a bank denied a pregnant woman a mortgage that she could afford because she planned to take paid maternity leave and would be away from work from several weeks. People with disabilities, who often lack a record of continuous employment despite having adequate resources, often face similar obstacles.

In a Louisiana case, a parish approved an ordinance shortly after Hurricane Katrina prohibiting property owners from renting to people who were not family members or related by blood. Since 93 percent of current homeowners were white, the provision would have excluded African Americans seeking to relocate when their homes were damaged by the storm.

A strong and effective Fair Housing Act is needed to ensure that thoughtless and unnecessary barriers like these do not block the path to opportunity.  If the Supreme Court fails to recognize that reality, it will fall to Congress and the President to restore the Act to its intended reach. 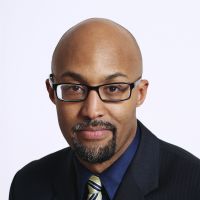 Alan Jenkins is the Executive Director and Co-Founder of The Opportunity Agenda. He tweets at @Opportunity1.

More in Discussion 13: The Future of the Fair Housing Act