Under One Roof: Building an Abolitionist Approach to Housing Justice 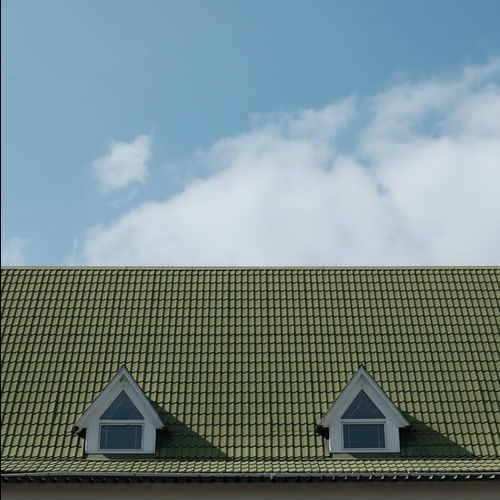 >> Read the concept paper: Under One Roof: Building an Abolitionist Approach to Housing Justice

On November 6th, the NYU Furman Center hosted a virtual event in two parts: "Under One Roof: Building an Abolitionist Approach to Housing Justice." The event consisted of two panels focused on abolitionist frameworks for achieving housing justice. For more details, including suggested readings, visit furmancenter.org/abolition.

Chris Shenton, 2020-21 Frances Moelis Fellow at the NYU Furman Center, introduced the panel conversation, highlighting the partnership between staff at the NYU Furman Center, NYU Law, and the Journal of Legislation and Public Policy. To frame the day’s conversations, he acknowledged the unfinished work of abolition, specifically characterizing housing policy’s legacy in the United States as one of divestment and discrimination, with injustices dating from chattel slavery to the present day.

After brief introductions, Sheryll Cashin started the conversation by invoking Angela Davis and W.E.B. Du Bois. She asked each speaker to share their perspective on what abolition means to them in the context of the housing policy field and where they see opportunities to address racial injustice.

Jacob Faber shared his work on lack of access to financial institutions in communities of color which has its origins in segregationist New Deal policies. The creation of the suburban homeownership dream, and subsequent redlining that kept Black American families from attaining it, are major factors in the persistent racial wealth gap. Home ownership investment increased overall from 44% in 1930 to over 60% in 1970—but fewer than 1% of mortgages were granted to Black households. Geographical distribution of opportunity continues to drive inequality—from access to mortgage lending to the ability to open a checking account. America is the only country among peer nations to fund schools primarily at the local level. These factors together drive racial inequity. Put simply, Faber stated, “Abolition means breaking the link between geography and life outcomes.”

Hilary Malson framed abolition in the concept of “freedom dreams,” stating, “It requires visioning beyond what is already present.” She put today’s housing justice movement into historical context, referring to Du Bois’s theory of the general strike as the first realization of abolitionist-democracy. The abolition of slavery did not lead to freedom—it led to American Reconstruction, a period during which white lawmakers failed to deliver on promises to enfranchise Black Americans with access to land. Jim Crow laws and heavy divestment are directly linked to today’s housing injustices. She drew parallels in the community land trust model of collective ownership to the history of tenant sharecroppers after the abolition of slavery. When asked about the future of abolitionist movements, Malson remarked that “the abolitionist future is already present in the sites of struggle.”

Rasheedah Phillips shared her perspective on abolition as “forward- and backward-looking simultaneously—seeking to correct and repair the past, as well as seeking to create the future.” Through the lens of her work at Community Legal Services of Philadelphia, she connected the historic roots of over-policing communities of color to the homelessness crisis in the city. She discussed the OccupyPHA movement—a response to forced evictions by a private police force with no accountability to the city police department or HUD. In Philadelphia, unhoused populations occupied land owned by the city housing authority. Through the creation of a nonprofit, OccupyPHA presents a new model that disrupts the traditional landlord/tenant relationship.

To close the discussion, the panel answered audience questions about how to take an abolitionist lens to public housing without furthering the politics of retrenchment and disinvestment, consideration of the Fair Housing Act, and discussed reasons for optimism and pessimism in light of the current electoral landscape.

Krystle Okafor, Moelis Urban Law and Public Affairs Fellow at NYU Law, opened the second panel discussion with her perspective as a co-author of the concept paper released in conjunction with the symposium. She highlighted this second panel as an opportunity to apply an abolitionist lens to housing field practice.

Justin Steil began the discussion with an overview of W.E.B. Du Bois’s concept of abolition democracy, whose ideas are in resurgence in the context of criminal law and the penal system. He argues that Du Bois was also deeply concerned about issues of land, housing and education when he wrote Black Reconstruction around 1935. Grounding the conversation in the significance of this link between abolition and housing, Steil introduced each panel speaker.

Monica Bell spoke about the need for an interdisciplinary approach to housing justice. She explored the difference between de jure and de facto abolition. Although the Civil Rights movement produced many legal victories, history has shown that de jure freedom has not led to racial equality. She emphasized the need for structural change that includes recognition of the power of tenant communities and reconsiders the relationship that housing has with the private sector. In her own work, she aims to highlight the pervasiveness of legal estrangement and exclusion in communities of color.

Amanda Misiko Andere highlighted a crucial challenge in the housing community that she experiences in her own work in the fight against homelessness. When working with unhoused populations, the immediacy of getting individuals housed takes precedence. But to truly abolish homelessness, the field must use a restorative justice lens and consider the trauma and conditions that brought individuals into homelessness.

Positioning the conversation in broader context, Tara Raghuveer invoked her own grandfather’s letters about the freedom dream based on his activism in Mysore, India. She underscored that inequity in housing is not new: the issue is generations-old and international. In her work in tenant-organizing, she felt a revolutionary hope at the initial response to the pandemic with the call for cancellation of rents and mortgages.

Barika Williams argued that there must be a comprehensive look at housing as a field in this moment. Where policy changes in the past have secured specific protections or rights, there must be attention to the bigger picture. Incrementalism has limited housing policy in many ways. While many organizations are fighting to protect individual families from eviction during the pandemic, there is much work to be done to defend against injustice broadly.

Before shifting to audience questions, Steil asked the panelists where they find hope and inspiration today. Their answers included: “the streets are talking louder than the gatekeepers”; optimism about the solidarity in the fight against pandemic evictions; strength from the ancestors and for the future; and the fact that conversations that re-envision the field are being centered, including by institutions like the NYU Furman Center and JLPP.

Sophie House, the Jonathan Mechanic/Fried, Frank, Shriver & Jacobson Fellow at the NYU Furman Center, closed the day’s conversations. She spoke about the impetus to co-author the concept paper following the summer’s racial justice demonstrations and thanked all featured speakers for sharing their insights and experiences in the application of an abolitionist lens to housing policy. House challenged the audience to reconsider the work of the housing policy field to-date, and, in particular, to consider how current systems are complicit in racial injustice and to be willing to learn from abolitionist leaders and movements.

>> Read the concept paper: Under One Roof: Building an Abolitionist Approach to Housing Justice