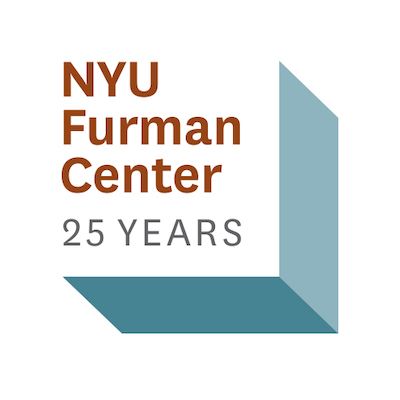 In late September, we analyzed the magnitude of a potential deluge of eviction filings caused by pandemic-related income losses. Although the “tsunami” has thankfully not yet materialized and the volume of filings and evictions remains significantly below previous year levels, New York City housing courts are once again accepting filings, scheduling hearings, allowing parties to default, and executing warrants of eviction. New eviction filings were accepted by the court starting on June 20, though hearings remained suspended until August 13 for cases filed before the pandemic, and until October 12 for cases filed on June 20 or later. Hearings remain mostly virtual to avoid crowded courts. The court’s moratorium on executing warrants of eviction ended on October 1 and the courts started permitting the execution of certain warrants on October 12. Most recently, on November 17 the Chief Administrative Judge reversed his previous guidance and allowed courts to issue default judgments, meaning courts can once again rule against tenants if they do not appear.

Though some tenant protection programs are in effect, they do not apply to all tenants (unlike the prior universal eviction moratoria):

If a tenant does not document and prove their eligibility for one of these protections in housing court, they can be evicted.

A case first shows up in the data* when a landlord files with the court. Prior to filing, the landlord must give notice to the tenant, but the number of pre-filing notices issued is not recorded. Since reopening for filings on June 20, there have been 28,490 private eviction filings through November 29 (compared to a three-year average of 68,622 over the same period). Breaking this total out by week, the decline in filings reported in our last post flattened out for September and October, but began a steeper decline in November, similar to seasonal patterns observed in prior years.

The spatial distribution of filings is similar to our last post with Corona (Queens, ZIP Code 11368) remaining the area with the highest filing rate. However, the newer filings are more distributed across the city with at least one filing in almost every ZIP Code. With this increase, filing rates in certain ZIP Codes in the Bronx and on Staten Island are also approaching the previously outlying filing rate of Corona.

Finally, we found that the median amount sought in non-payment filings has remained almost twice the median sought in an average year. It remains unclear from the data whether this increase is due to larger rental arrears that accumulated during the shutdown, tenants’ with higher rents receiving eviction filings, or landlords’ delaying filing for cases with lower amounts sought.

With all eviction cases moving forward, we can now track case progression beyond the initial filing. Though every action in court is recorded in the data, it is not always clear what the outcome of an action substantively means for the progression of the case towards eviction. For example, if a landlord and tenant reach an agreement, the outcome recorded in the data does not specify whether the tenant is able to remain in the unit, or for how long. Thus, the clearest indicator of a pending forced move or eviction to track is a judgment in favor of the landlord (called a “judgment with possession”).

Since cases began progressing on August 13, the court has decided 274 cases in favor of landlords: 154 were holdover cases and 120 were non-payment cases. All but two of the cases were filed before the pandemic and about 75% were filed before 2020. These judgments could lead to warrants of eviction, though 121 of the judgments included a delay in execution until at least 2021. Spatially, the judgments are concentrated in central Brooklyn, which is not surprising since the Brooklyn housing court was the first to start hearing eviction cases.

After receiving a judgment from the court, a landlord must request a City Marshal to execute the warrant of eviction. City Marshals were authorized to execute warrants of eviction (if none of the protections apply) starting on October 12. As of November 29, there have been 38 requests: 16 for holdover cases and 22 for non-payment cases. All of the cases were filed before the pandemic and around 70% were filed before 2020. Unsurprisingly, given the distribution of judgments with possession, Central Brooklyn is where most of the requests are being made. Tenants can still prevent eviction after a Marshal is requested, but these 38 cases are currently the closest to eviction.

As of December 1, there have been two confirmed residential evictions. Neither execution appears in the OCA data, and only one is reported in the eviction dataset on NYC Open Data. Details on the two cases leading to executed warrants are limited until the OCA data is updated, but we know that at least one took place in Brooklyn.

While evictions remain below typical levels, changes in the law and the operating procedure of housing court may be delaying evictions as opposed to preventing them. Similarly, many of the remaining tenant protection programs are currently only in place for the remainder of the year. Without extensions of protections or additional pandemic relief to offset financial hardship, we are still at risk of an eviction spike in 2021.

For future eviction filing updates delivered directly to your inbox, sign up for the Furman Center's Data Updates list. 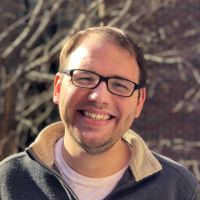 Ryan Brenner is the Research Analyst at the NYU Furman Center. Prior to joining the Furman Center, Ryan worked as a service provider in San Francisco’s homeless shelters and supportive housing developments. He received a B.S. in Conservation Biology from Colorado State University, J.D. from Michigan State University, and M.S. in Public Policy from NYU Wagner. Ryan is interested in using data to improve urban infrastructure and policy for sustainable development.