This is the first in a series of Furman Center analyses focused on housing challenges and opportunities in small and mid-sized cities across the country. If you work in a city of less than 500,000 and would like assistance with housing data or policy questions, please contact our research team at [email protected] to discuss how we can help.

Over a quarter of Americans live in small and mid-sized cities, (defined as those with a population of 50,000 to 500,000), and that proportion is growing. While housing policy discussions often focus on the nation’s largest cities, small and mid-sized cities also face many housing challenges and may face added constraints in developing policy responses, such as limited financial resources and staff capacity. Small and mid-size cities are also less likely to be principal cities, and therefore may be more dependent on the economic success and political dynamics of large, neighboring cities.

In this post, we examine the population and housing characteristics in small and mid-sized cities in order to better understand their potentially unique needs and solutions. We focus on key indicators used to assess local housing needs and guide housing policy strategies and compare them across small, small-mid, mid-sized, and large cities. For these four groups of cities, we examine average population changes, rent levels and rent burdens by income, racial gaps in homeownership, and principal city/suburban rent differences.

We utilize the U.S. Census Bureau’s classification to identify the “principal”—or “core”—cities. The Census Bureau classifies a city as “principal” if it is the largest city in a metropolitan or micropolitan area or if it meets specific requirements regarding population size and employment. We consider the remaining places as suburbs.1 This approach categorizes all large cities as well as some small, small-mid, and mid-sized cities as principal.

Our results show that small and mid-sized cities often diverge from large urban centers across a wide swath of housing metrics.

A descriptive look at demographic and housing characteristics highlights key differences across city size categories. Small, small-mid, and mid-sized cities have lower shares of the population that are Asian, Black, and Hispanic. While shares of the population below 18 and 65 or older are fairly similar across the groups, large cities have higher poverty rates and lower homeownership rates. Vacancy rates are slightly lower in small and small-mid-sized cities, but the share of households that are rent burdened and severely rent burdened (spending at least 30% or 50% of their income on rent, respectively) is fairly similar across the groups. Among the four groups of cities, mid-sized cities have the lowest weighted median household income while large cities have the highest weighted median gross rent. Large cities have a lower share of single-family units in their housing stock, as well as a lower share of single-family homes that are rentals. Slightly more than half of small cities in the sample are principal cities, compared with 63 percent of small-mid cities, 77 percent of mid-sized cities, and all large cities.

About a quarter of the total population of the United States lives in cities of between 50,000 and 500,000 residents. Over a third of those cities saw population growth of more than 25 percent in the last two decades.

In 2019, small, small-mid, and mid-sized cities were collectively home to 26.5 percent of the population, up from 25.2 percent in 2000. During this same time period, the national share living in large cities fell slightly from 13.5 percent to 13.2 percent in 2019. At the median, small cities grew at a slightly slower rate over the period than their larger counterparts, with small cities experiencing a median population growth rate of 15.1 percent, compared with 18.0 percent for small-mid, 18.2 percent for mid-sized, and 20.8 percent for large cities (Table 2). However, at the mean, population levels in small, small-mid, and mid-sized cities grew by over 30 percent, driven by a subset of smaller cities that experienced significant population growth over the period. This is particularly evident in small cities, where there is a long right distribution tail in the population growth histogram (Figure 1). Notably, 39 small cities (7.8% of total) more than doubled in size over the period. This growth is due to cities gaining new residents as well as expanding their boundaries.

On average, renters living in cities across size categories experienced significant increases in rent over the past two decades (Figure 2). Between 2000 and 2019, renters in large cities saw the greatest percent growth in normalized mean gross rent (29.8%), followed by small-mid (24.3%), mid (23.6%), and small cities (21.0%).

More than 4 out of 5 renter households with incomes less than $35,000 are rental cost burdened across city size categories.

Housing affordability is a critical issue for residents and policymakers, one which has only become more important given the economic impacts of the COVID-19 crisis. Rent burden provides a straightforward measure of housing affordability. Unsurprisingly, lower income households experience higher rent burdens, regardless of city size (Figure 3). Among households with income less than $20,000 and between $20,000 and $34,999, rental cost burden rates are above 80 percent across city size categories. Among higher income renter households, however, large cities have slightly higher cost burden rates than smaller cities.

The homeownership gap between white and Black households is 7.6 percentage points greater in small cities compared to large cities.

Suburbs are home to a combined population of 30 million. These suburbs tend to have higher median rents than principal cities regardless of size category (Table 3). Notably, mid-sized suburbs have the highest weighted median rent regardless of city size and urbanity ($1,402), while principal mid-sized cities have the lowest ($1,101). Among principal cities, weighted median gross rents are highest in large cities ($1,271).

Despite differences in rent levels, people living in cities of all sizes and categories face housing affordability challenges. Close to half of renter households in all city categories are rent burdened, and at least a quarter of renter households are severely rent burdened. Within size categories, units are more likely to be owner-occupied in suburbs. Similarly, compared to principal cities of a similar size, a greater share of housing units in suburbs are single-family homes and—with the exception of small cities—a higher share of the rental housing stock is single-family, too. Vacancy rates in all principal city size categories are close to 10 percent, close to 4 percent higher than in suburbs of a similar size.

Within city size categories, a greater share of suburban households are Asian and Hispanic, and a greater share of households in principal cities are Black and white. While mid-sized and small-mid-sized suburbs have the highest share of population under 18 (close to 25%), small cities house the greatest share of residents 65 years or older (15.2% in small principal cities and 13.9% in small suburbs). Principal cities have higher poverty rates than any suburban size category, and small suburbs have the lowest poverty rate and highest weighted median household income of any city category (11.1% and $76,039, respectively).

While large cities may typically attract more policy attention for their housing issues, our analysis shows small and mid-sized cities share similar challenges. We show that rent growth has been widespread across the nation’s cities over the last two decades. Controlling for inflation, median rent growth across city size categories exceeds 20 percent. Additionally, although average rents are lower in smaller cities when compared to their larger counterparts, the rates of housing cost burden for low and moderate income households are nearly identical. This reinforces the importance of developing affordability solutions in small and mid-sized cities, given the large numbers of Americans who live in these localities and who are at risk for housing instability. Developing affordability solutions is even more critical due to the emerging housing crisis from the economic fallout of COVID-19.

While we find commonalities related to housing affordability, our analysis also identifies some additional considerations for small and mid-sized cities to examine in their housing policy. For example, while homeownership rates are highest in smaller cities, the Black-white gap in homeownership is also greater than in larger cities. Localities should examine this issue more closely and consider what local, state, or regional factors may be contributing to this disparity. This will be particularly important to address as cities develop solutions to protect homeowners and address housing inequality in the current economic environment.

This analysis provides a snapshot of the housing landscape in small and mid-sized cities, highlighting important challenges and opportunities for policymakers to consider for policy interventions. As the nation works towards developing an economic and housing recovery amidst the COVID-19 pandemic, it is critical that smaller cities receive equal focus and support.

To take a closer look at the data for our analysis, access the code on Github.

Data compilation and analysis for this post was performed by Alana Pogostin. 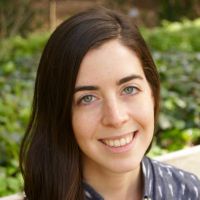 Hayley Raetz is the Policy and Planning Manager at the NYU Furman Center. She previously worked as a research associate and graduate student researcher at the Terner Center for Housing Innovation at UC Berkeley. Prior to that, she worked as a project manager and case manager for a community-based organization in the Bronx, where her work focused on eviction prevention, homelessness, and healthcare. She received her Master’s degree from the Goldman School of Public Policy at UC Berkeley, and her B.A. in Government and Spanish from Smith College.