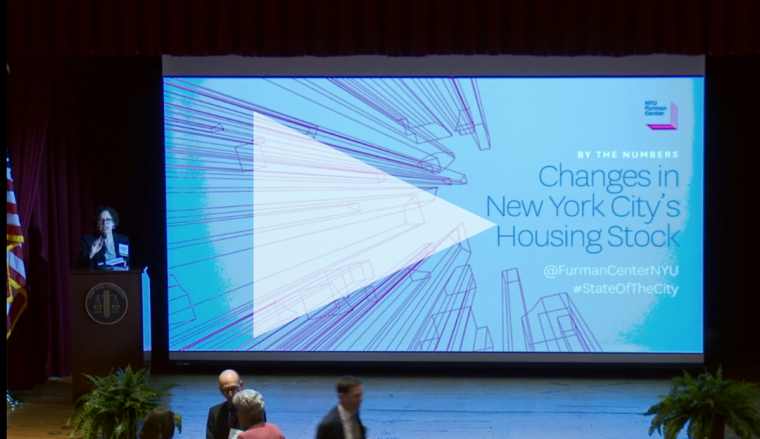 On May 24, 2018, the NYU Furman Center hosted an event to present key findings from a new report, Focus on Changes in New York City’s Housing Stock. The report describes the housing in the city today and how it has changed over time. It also examines factors that drive demand for housing, and indicators that measure whether supply is adequately moderating pressures on rents and housing prices that result from increases in demand. The analysis was released as part of the NYU Furman Center's annual State of New York City’s Housing and Neighborhoods in 2017 report.

Following the presentation, a panel discussed the report’s key findings and gave insight into how to solve some of the housing challenges highlighted in the report.