The State of New York City’s Subsidized Housing in 2017 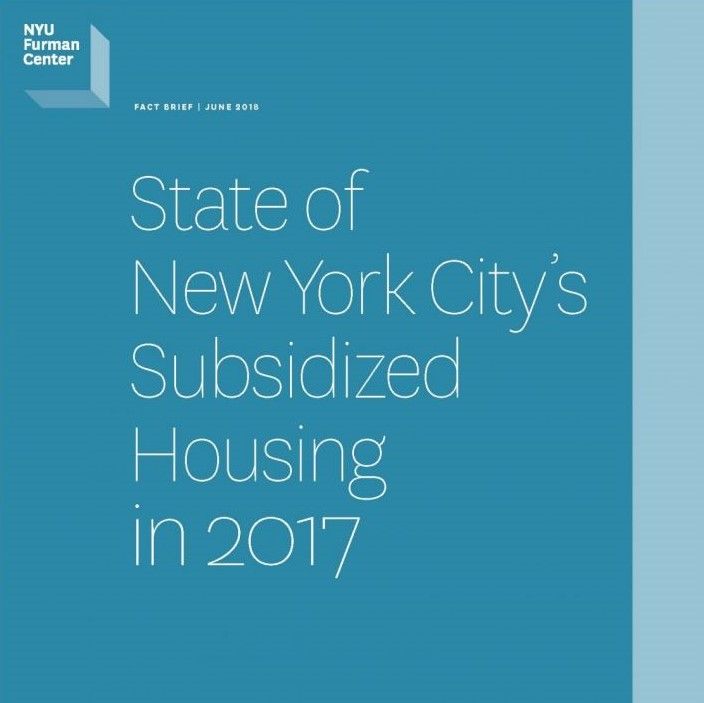 The NYU Furman Center released a new fact brief on the state of New York City’s subsidized housing. The brief reviews major programs used to develop and preserve affordable housing in the city, and provides the number and location of properties benefitting from a subsidy or incentive in 2017. It also discusses when affordability restrictions on some of those properties will expire unless renewed by the owners and the housing agencies. The NYU Furman Center also has updated the Center’s Subsidized Housing Database (SHD), available on CoreData.nyc.

“We are pleased to provide this updated data on the city’s subsidized housing to help inform public discussion about the need to preserve affordable housing in New York City, and about the priorities for preservation,” Vicki Been, Faculty Director of the NYU Furman Center, noted.

CoreData.nyc updates and expands NYU Furman Center’s Subsidized Housing Information Project (SHIP), which launched in 2011. As with SHIP, CoreData.nyc allows users to search for properties currently receiving subsidies in the city and to identify properties at risk of exiting from affordability restrictions. It also includes neighborhood-level information on housing markets, housing affordability, land use, demographics, and neighborhood conditions.