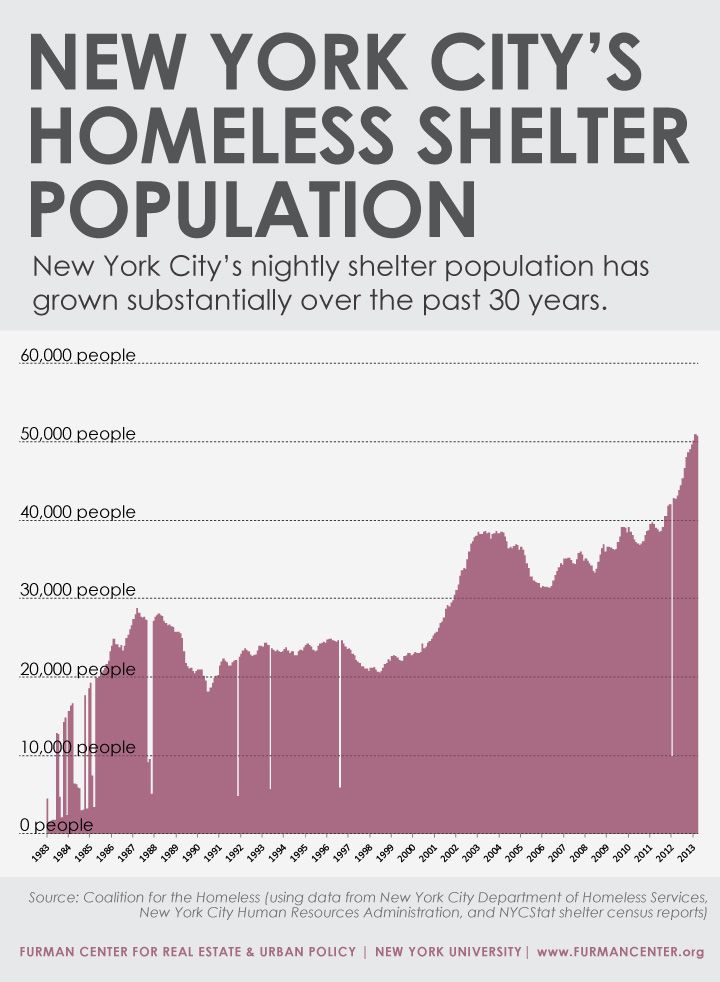 New York City's sheltered population has changed over the past 30 years.

Given the rise in NYC's homeless population, and the city's lack of affordable housing, should the next mayor allow homeless families to move to the top of the waiting list for housing vouchers or public housing? See our #NYChousing Priority for Homeless Families fact brief for more.

For more, see our series: #NYChousing | 10 Issues for NYC's Next Mayor.