U.S. Congress, New York State, and New York City policymakers are in the process of developing a financial package with programs that will provide emergency housing assistance to address the impacts of the COVID-19 crisis on housing stability and the housing market. To help inform these efforts we’ve outlined the following key information about New York City and New York State households and provides context for New York’s unique housing market.

Even before the crisis, the pre-existing needs in NYC were substantial. Many households in New York City were already at risk of housing instability. 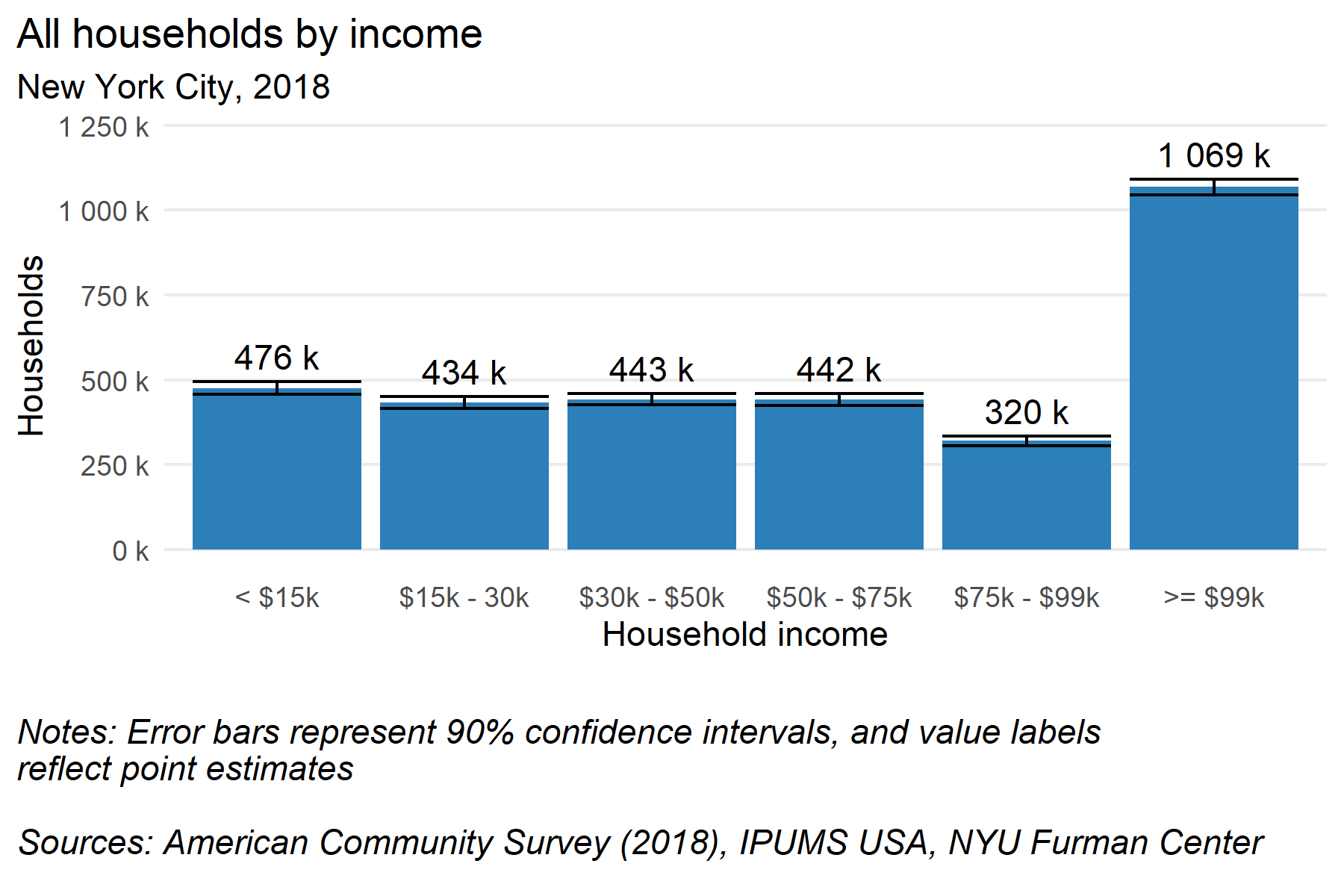 Lower income renters that pay a majority of their income toward rent are particularly vulnerable to housing instability.

In New York City the percentages were similar for low-income households, however, households with moderate incomes (up to $50,000 annual income) were more likely to be severely rent burdened. Over 25 percent of New York City renter households with earnings between $30,000 and $50,000 were severely rent burdened in 2018. Households paying so much of their income towards rent are at particular risk of housing instability due to the expected wage shock. 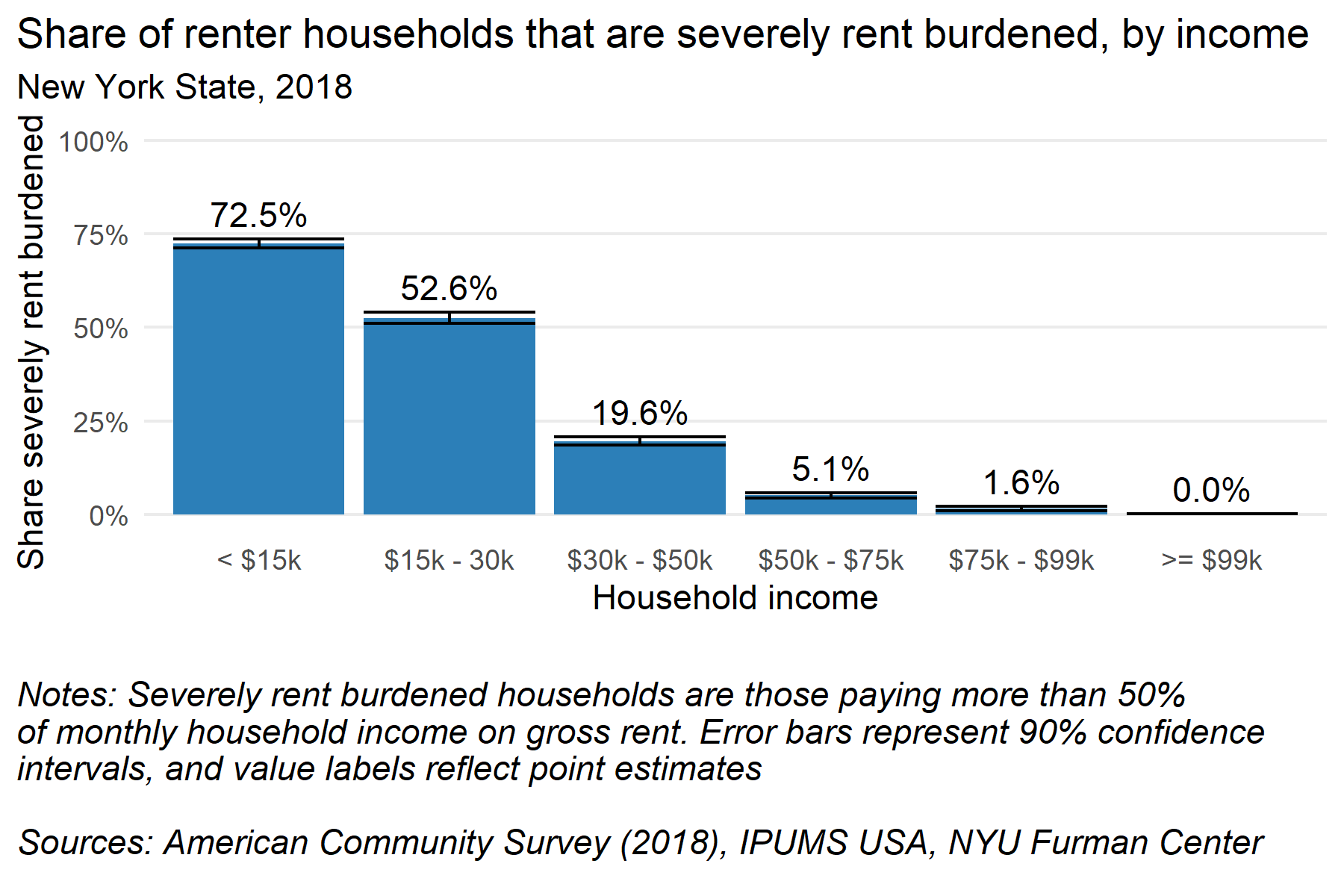 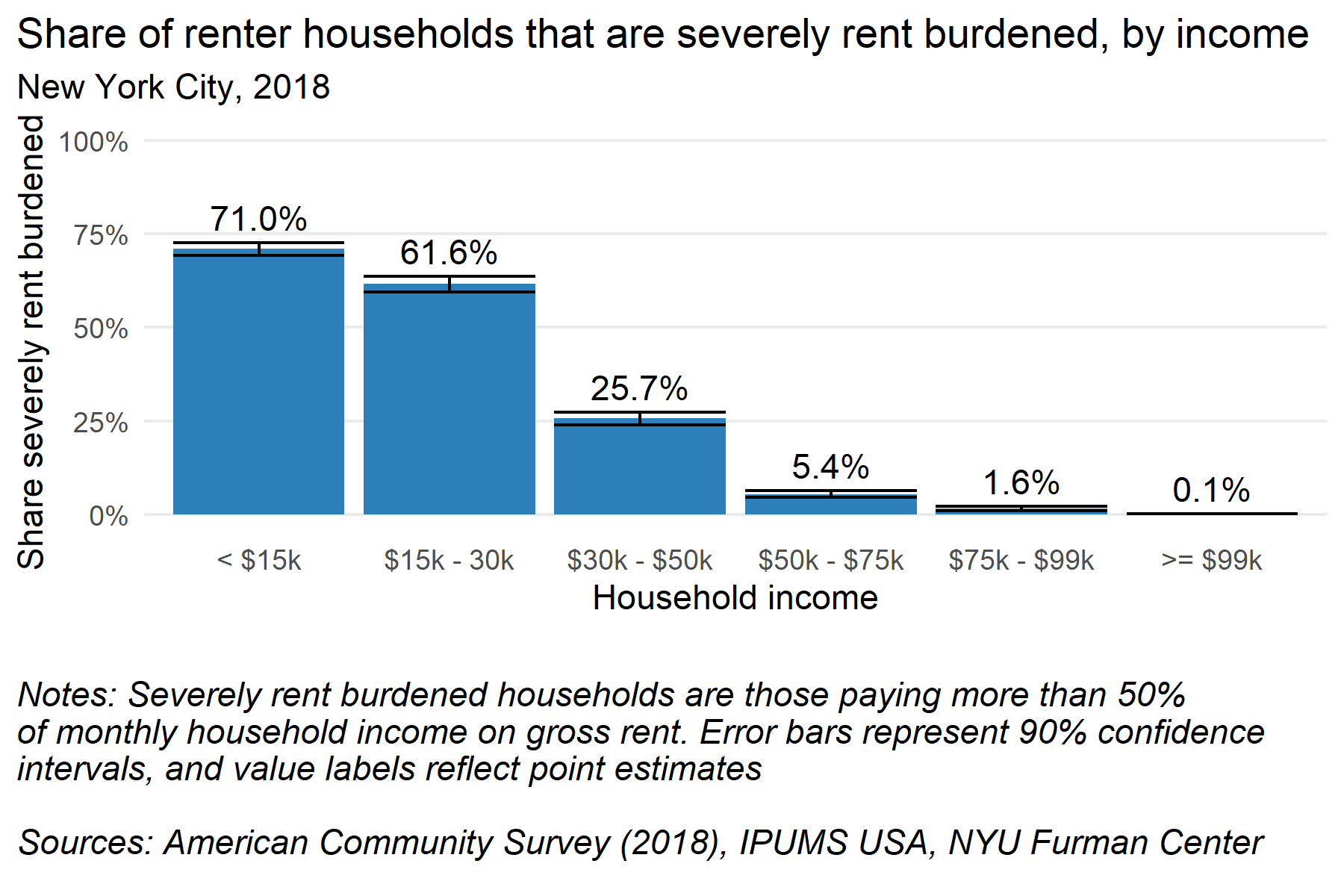 Over the past year, an average of 59,046 New Yorkers stayed in the New York City homeless shelter system each night.

These figures come from DHS operated shelter data from April 1st, 2019 – March 17th, 2020 collected from NYC Open Data (it does not include private shelter operator data). To calculate the monthly averages, we averaged (arithmetic mean) the daily reports for each month. The yearly average is the mean of the monthly averages (not the mean of each individual day within our target timeframe).

Household data contains the variables regarding households (families with children and adult families) and single adults within the shelter system.

As COVID-19 continues to spread, a much broader range of households may experience health and/or economic challenges that can put them at risk of housing instability than those historically considered vulnerable. Policymakers should anticipate that the crisis may impact households who were previously secure, and build in flexibility to serve all populations who are impacted.

New York City and New York State renters have a wide range of incomes - policymakers could target different forms of renter assistance to a broader range of households. 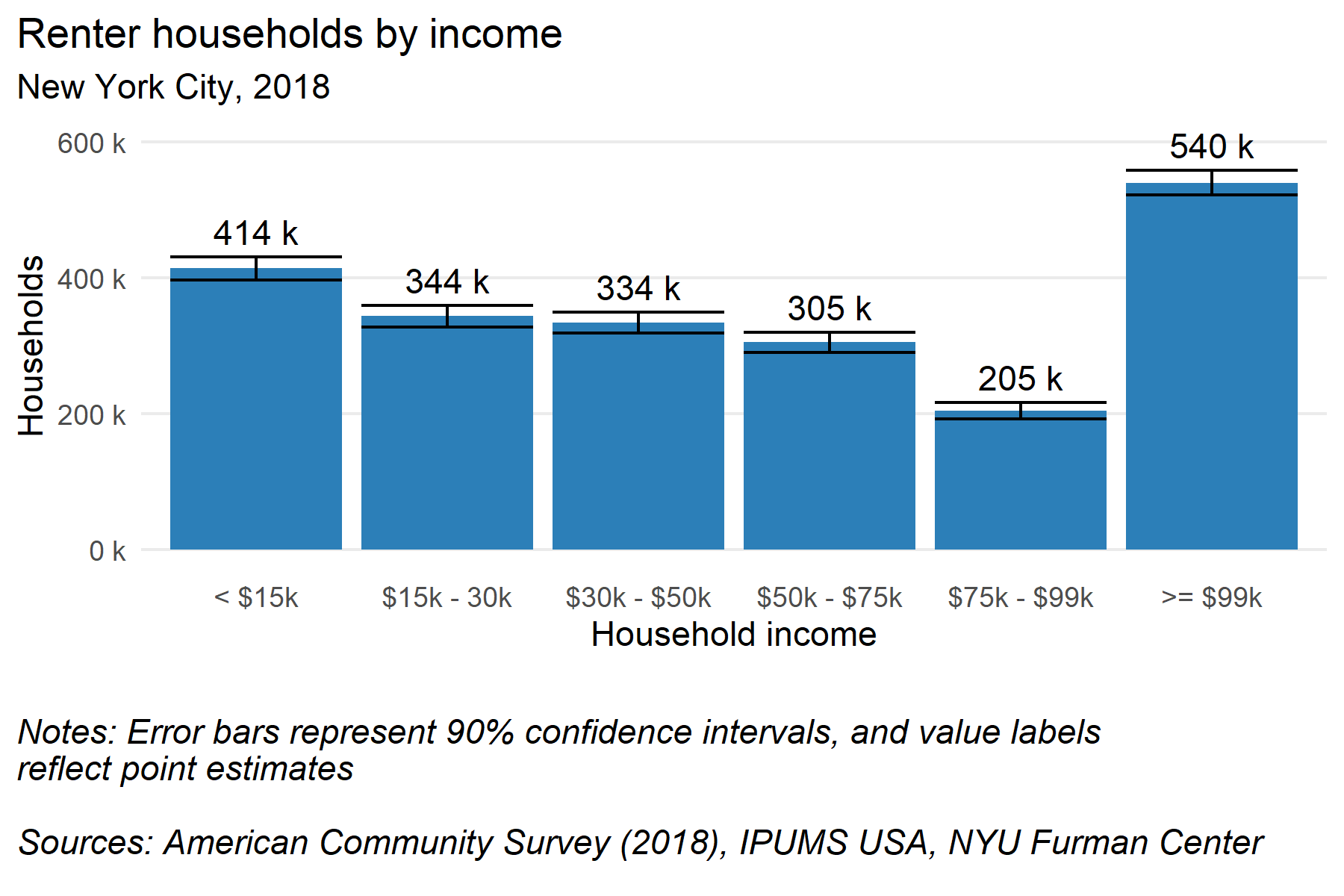 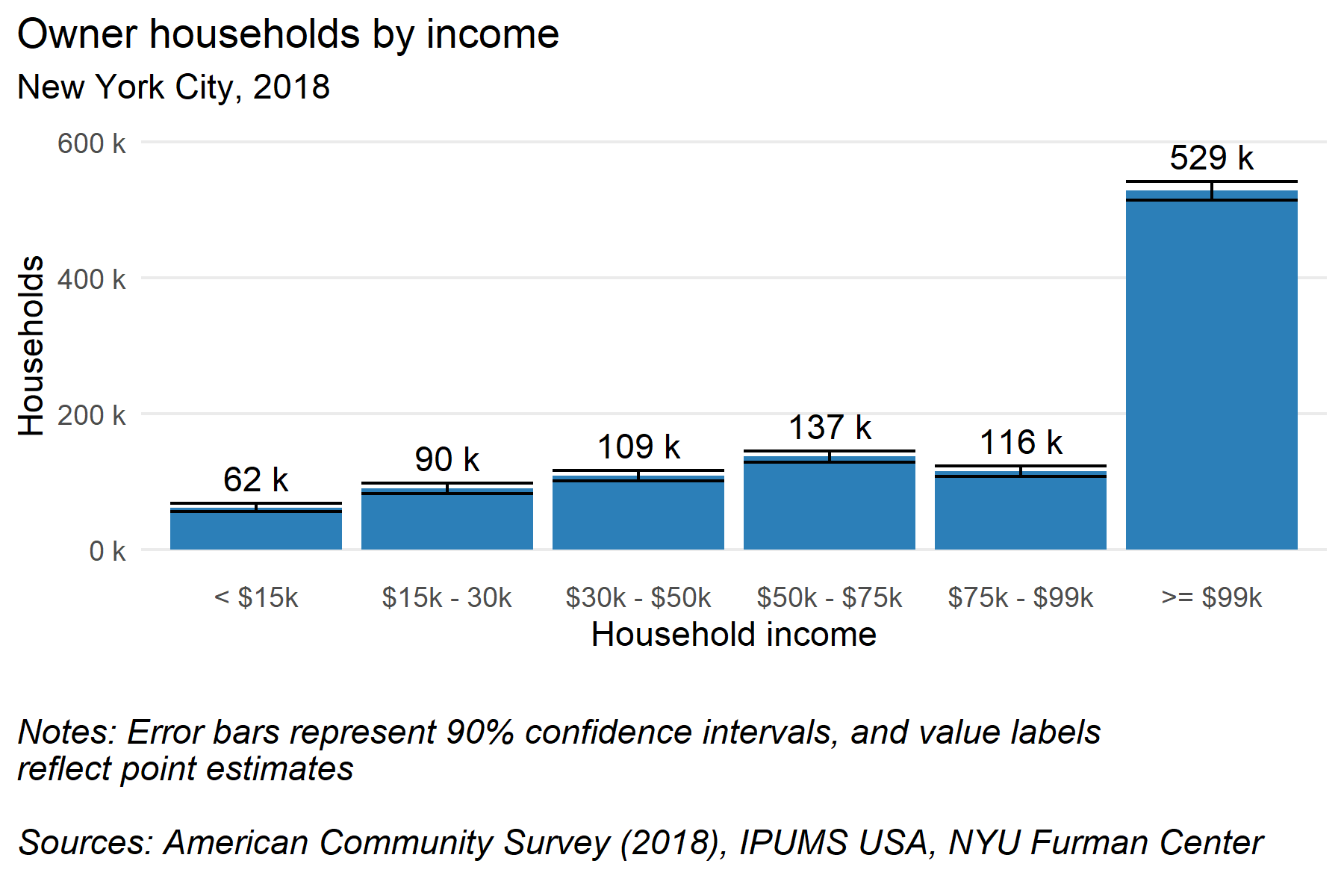 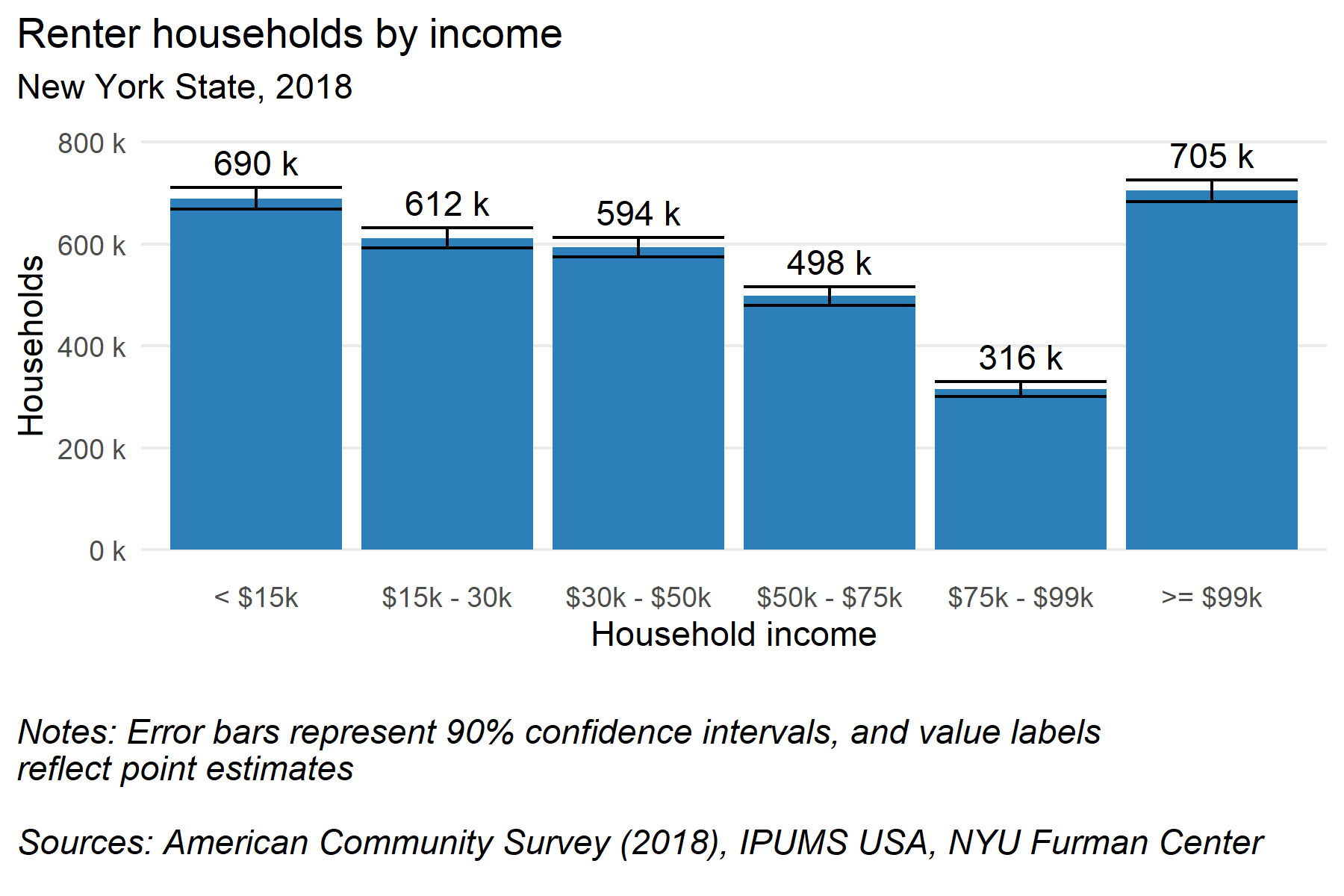 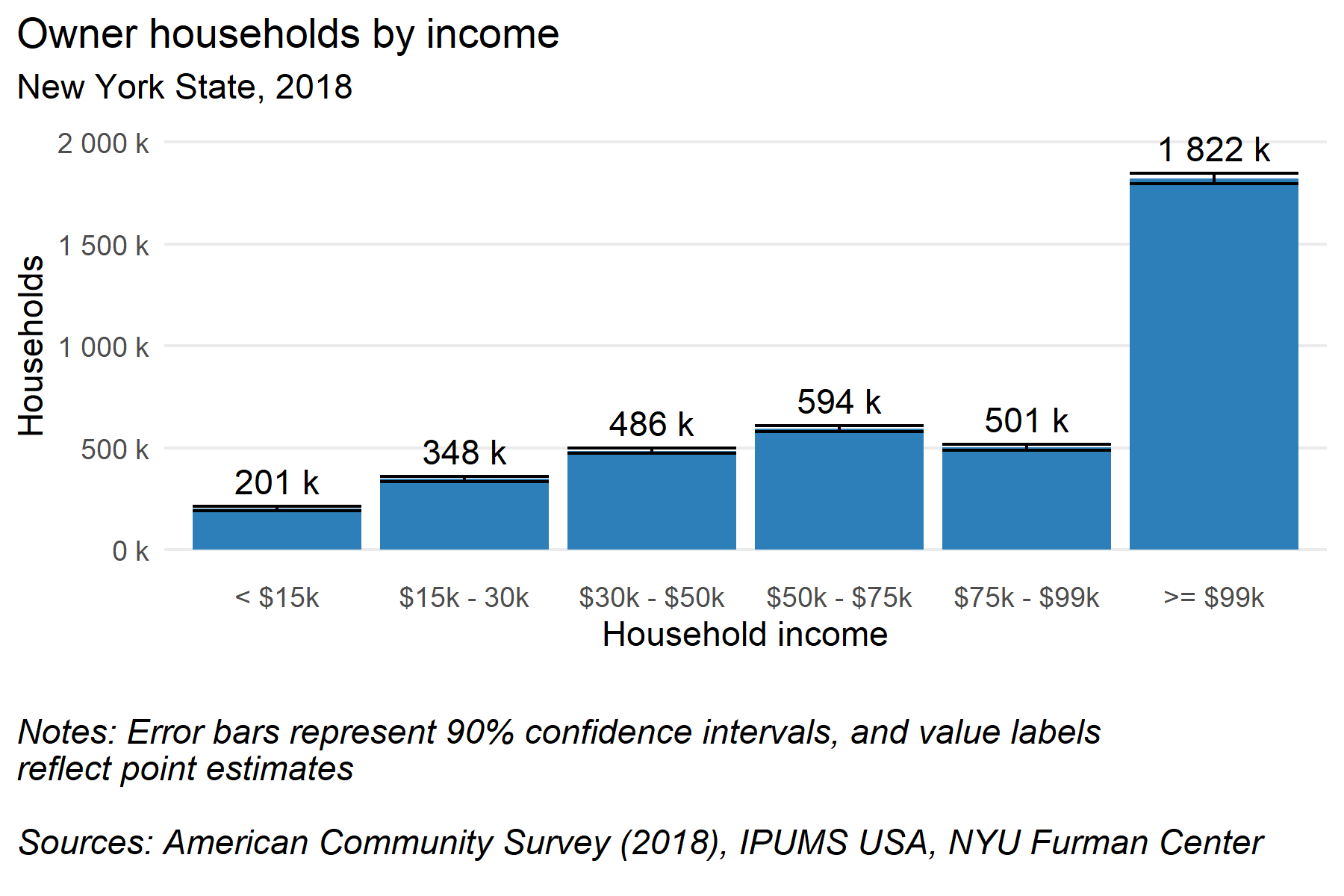 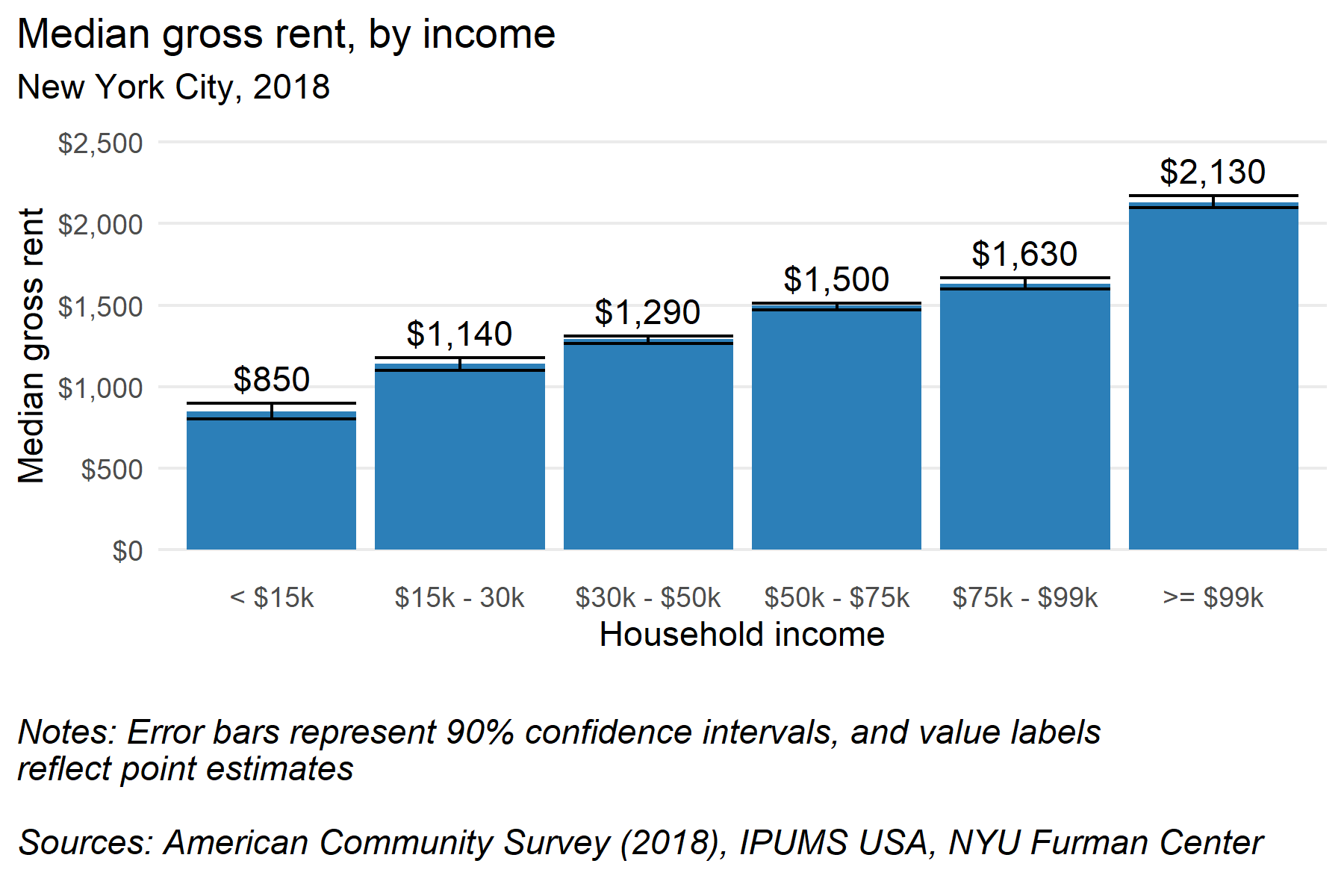 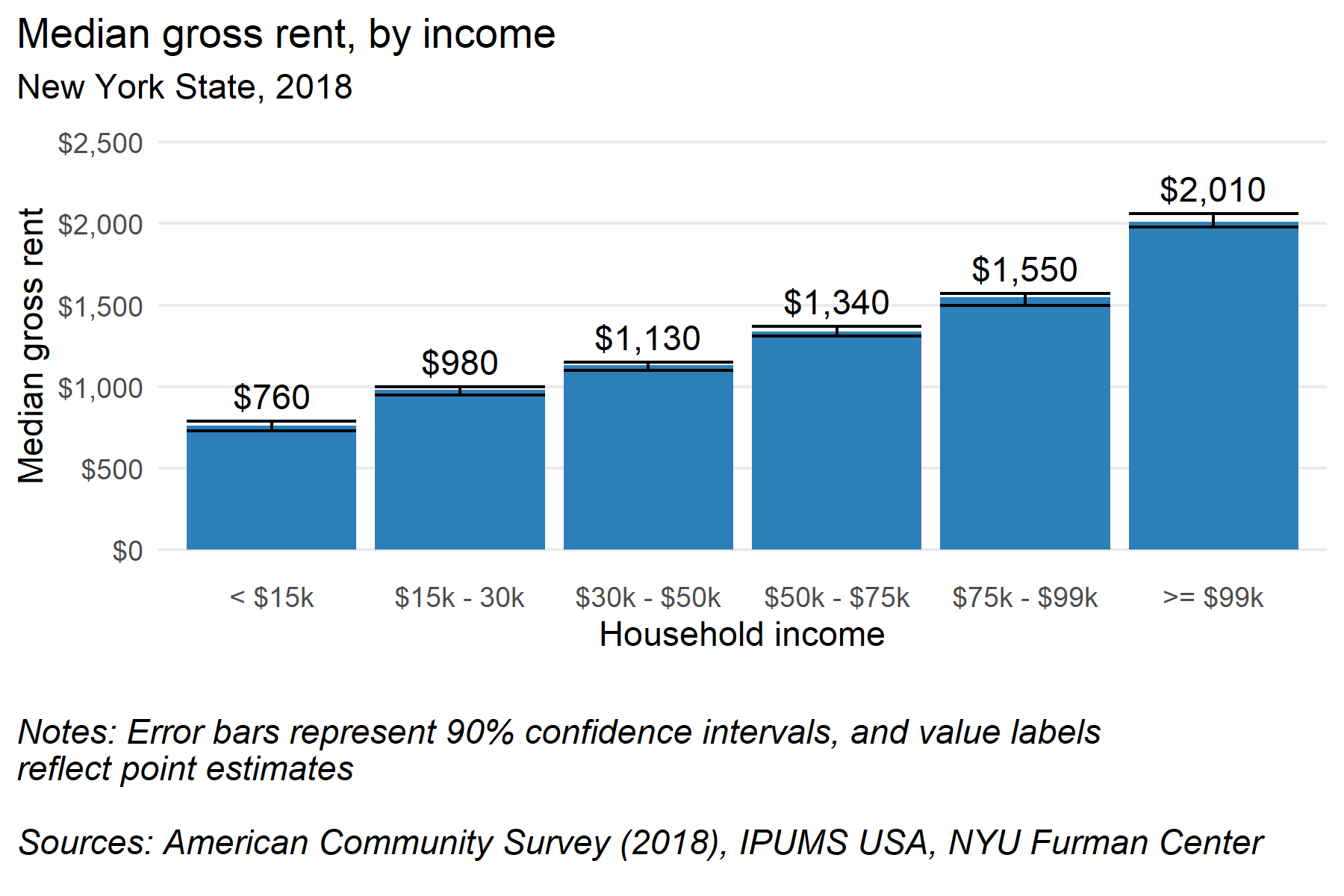