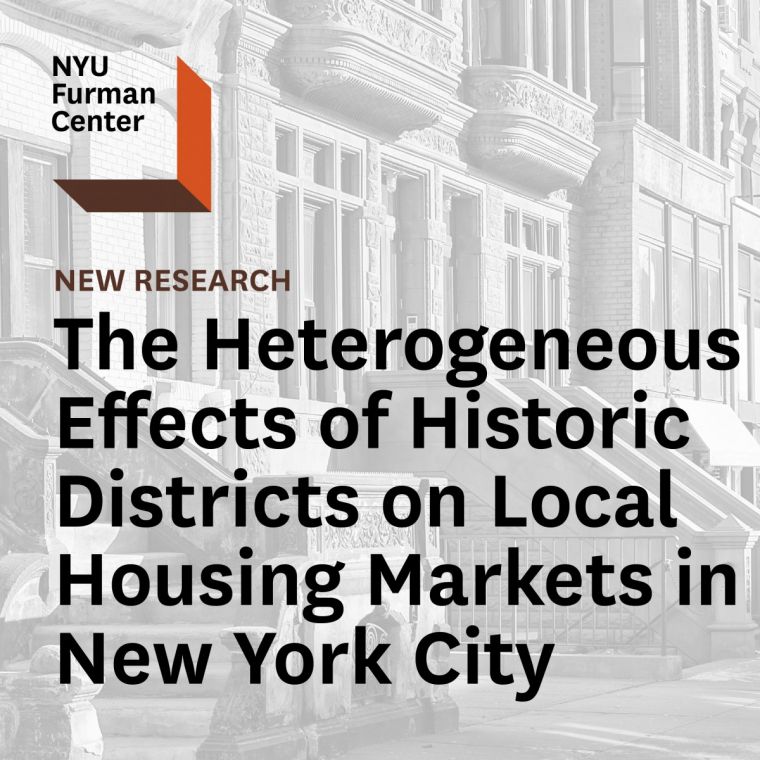 A NYU Furman Center report released this week by the National Bureau of Economic Research explores the effect that historic district designation has on housing prices in New York City neighborhoods.

Historic districting has long been a controversial practice, with strong advocates on both sides of the issue. New Furman Center research offers insight into one aspect of the on-going debate—the impact of districting on property values.

The report, Preserving History or Hindering Growth?  The Heterogeneous Effects of Historic Districts on Local Housing Markets in New York City (PDF), considers how designation of historic districts affects property values both within district boundaries and in the buffer areas just outside district boundaries and explores how these effects vary across neighborhoods. 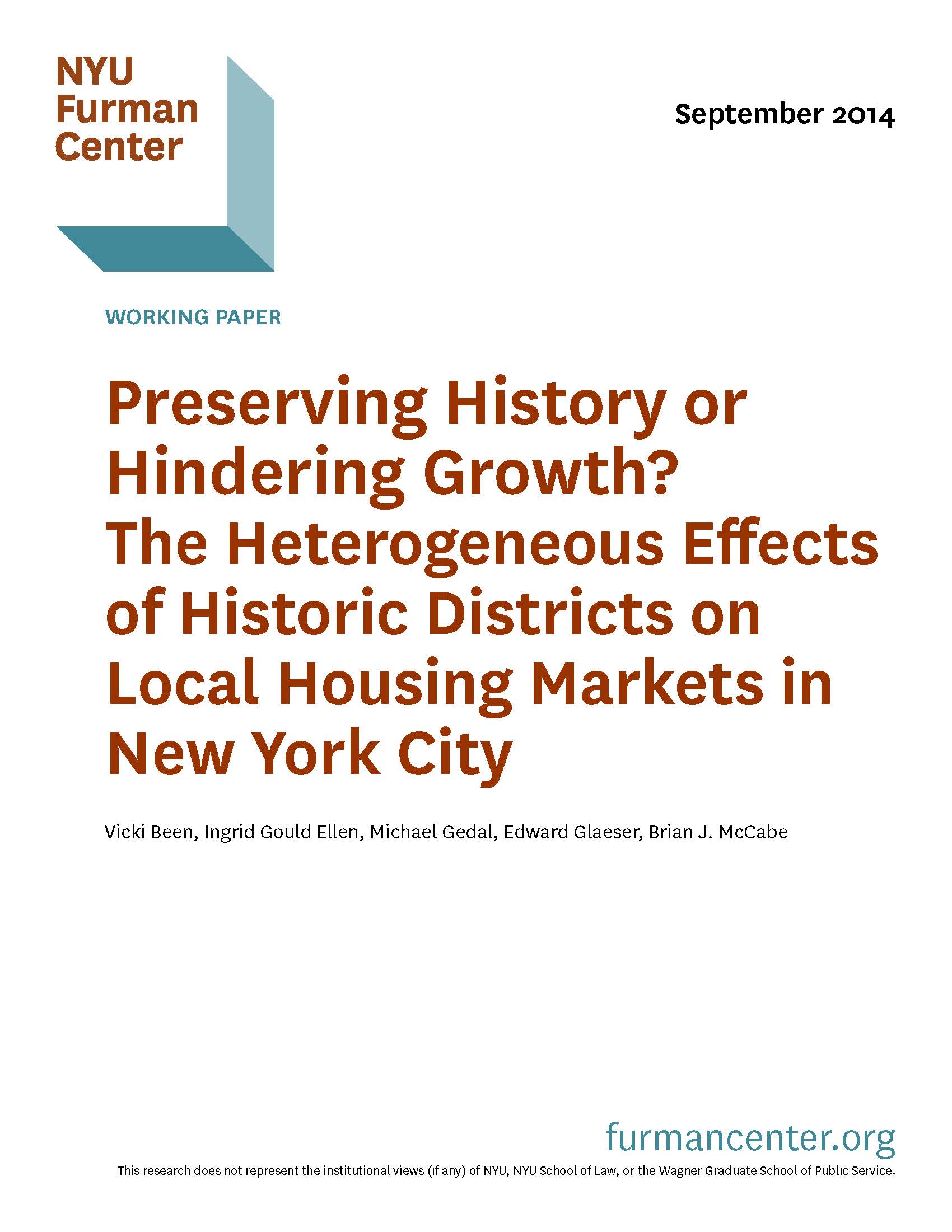 designation relative to properties further from the district. This finding is consistent with the authors’ theory because properties in this buffer area experience much of the benefits of districting but none of the restrictions on development.  The study also finds that on average citywide homes within a district grow relatively more valuable compared to similar properties outside the district after designation.

Notably, however, a different pattern emerges when the analysis is restricted to Manhattan, which is home to 60 percent of New York City’s 111 historic districts. The study finds that properties inside historic districts in Manhattan experience no greater gain in values than comparable properties in surrounding neighborhoods. “Historic districts confer benefits and costs to property owners, and the costs will be higher in neighborhoods where the development rights that owners lose are more valuable,” explained Ingrid Gould Ellen, Faculty Director at the NYU Furman Center and co-author of the paper. “So, we would expect to see property values increase less—and potentially even decrease—from historic districting in parts of the city with greater allowable density and more valuable residential space, like Manhattan.”

“The paper provides new empirical evidence about how historic districts shape residential property values in different neighborhoods,” said Ellen. “But a full assessment of historic districts would also include benefits of preservation to city residents and others more broadly as well as the costs of any increase in housing prices citywide that may result from the restriction on supply.”