In the Path of the Storm 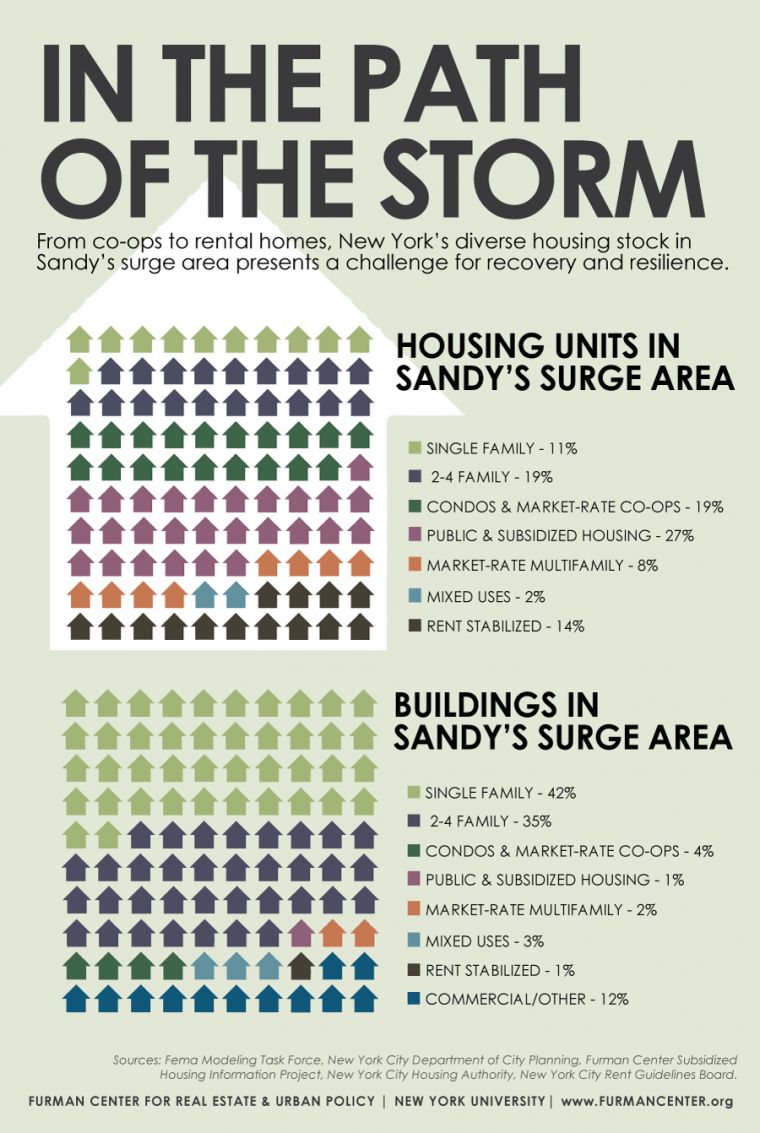 The storm surge from Sandy covered 16.6 percent of the land in NYC and nearly nine percent of the total housing units in the city. One year after Superstorm Sandy, New York City continues to confront the challenges of fostering resiliency in a dense urban area. Elevating multifamily or attached homes, for example, presents special difficulties, as does the need to move mechanical equipment into space often now devoted to affordable units.

At first glance, it may seem that single-family and two- to four-family home occupants bore the brunt of the Sandy’s impacts in NYC, with these buildings making up 77 percent of all buildings in Sandy’s surge area. Considering the number of housing units in each of the buildings in the surge area, however, paints a very different picture. Of the 302,000 housing units in the Sandy surge area, 70 percent are located in multifamily properties with more than four units.

With many government recovery programs targeted towards single-family homes, the diverse housing stock in New York and similar cities presents challenges for storm response and recovery. For more, see our report, Sandy’s Effects on Housing in New York City and our recent piece in Atlantic Cities.