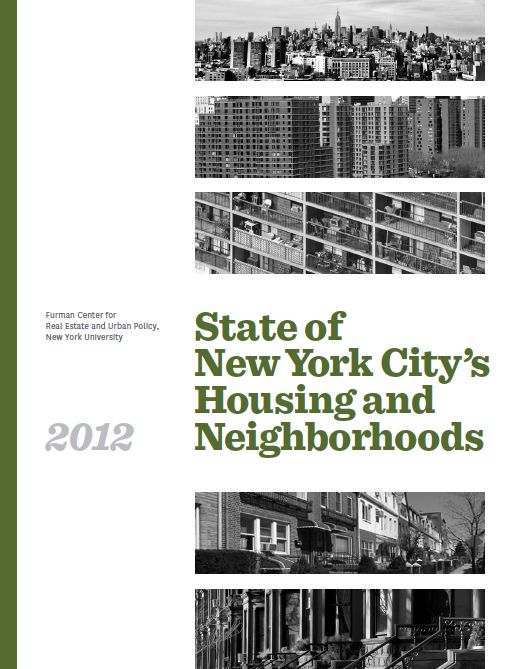 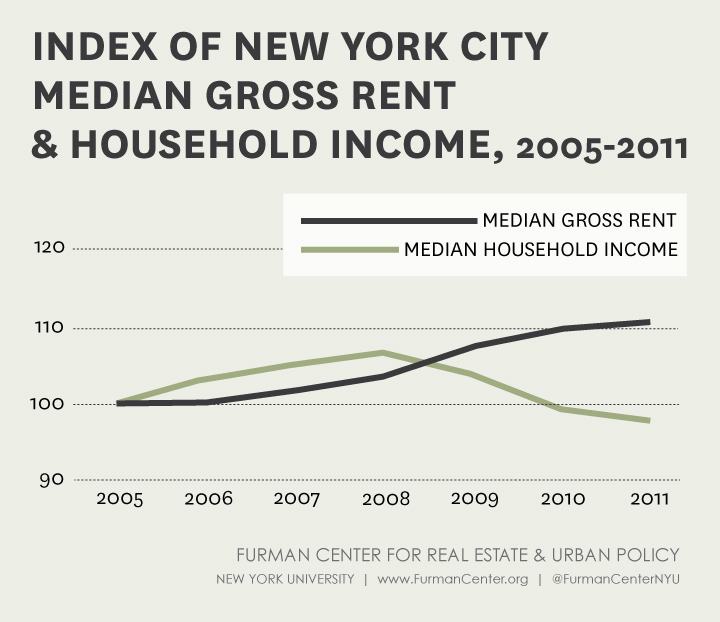 The State of New York City’s Housing and Neighborhoods 2012 includes comprehensive data on housing, land use, demographics, and quality of life indicators for each borough and the city’s 59 community districts. The 2012 report also provides analysis on how New York City is performing in the aftermath of the housing crash and recession, as well data comparing New York City and the next four largest U.S. cities—Chicago, Houston, Los Angeles, and Philadelphia.

The State of New York City’s Housing and Neighborhoods has been released annually by New York University’s Furman Center for Real Estate and Urban Policy. Now in its 12th year, it continues to collect and analyze a wide range of data describing the city and its residents to serve as a resource for policymakers, researchers, and city residents.

See the report or view the press release.