Michael Allen calls for a sustained “ground game” in which advocates across the country “mobilize and create their own enforcement strategies” to leverage HUD’s new rule on Affirmatively Furthering Fair Housing (AFFH). His own actions have led the way in showing what that ground game can look like. Those interested in racial equity in housing owe a debt of gratitude to Allen and his firm for the work they did in producing the Westchester County settlement. Jurisdictions that conspire through a combination of land use controls and investment decisions to exclude affordable housing and thereby exclude the populations dependent on that housing should, as Allen argues, find themselves in jeopardy of losing federal funding.

I, too, would like to see the fair housing movement incorporate more grassroots activism. It is important, however, to choose the right targets. Fair housing advocacy is best directed against intransigent communities that continue to exclude affordable housing or people of color, and pressing for greater housing opportunities where they do not currently exist.

Fair housing goals are ill-served by instead challenging central city revitalization efforts and community development activities. Some of Allen’s own advocacy has made this mistake, including his complaints against the cities of Minneapolis and Saint Paul (see, e.g., Metropolitan Interfaith Coalition on Affordable Housing (MICAH) v. City of Minneapolis, and MICAH v. City of St. Paul). Efforts that attempt to reduce the public resources going to poor and predominantly minority neighborhoods are counterproductive. Even if those challenges are successful on their own merits, they do nothing to get housing built in exclusionary communities where it is needed. Denying affordable housing in neighborhoods that are deemed to have “too much” of it already in no way compels exclusionary communities to change their practices. Some may think that they can find support for such an approach in HUD’s recent AFFH rule or in the Supreme Court’s recent decision in Texas Department of Housing and Community Affairs v. The Inclusive Communities Project, Inc, 576 U.S. __ (2015). But both of these acknowledge the legitimate place of community development initiatives that direct investment to low-income neighborhoods and to communities of color.

Segregation by income in this country is greatest at the high end of the income distribution, and racial isolation is greatest among whites. The grassroots activism Allen urges should be the sustained advocacy necessary to create opportunities for affordable housing in high-income, predominantly white exclusionary communities. Let’s hope that is where the movement focuses. 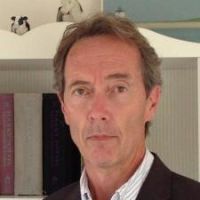 Edward Goetz is a Professor in the Humphrey School of Public Affairs and Director of the Center for Urban and Regional Affairs at the University of Minnesota (@curaumn).