Professor Cashin has done a magnificent and timely public service by offering a cogent critique of affirmative action as traditionally practiced in U.S. higher education and advancing a clever, provocative alternative that is not based on race but place characteristics of applicants.  I fundamentally agree with the motivation for her critique and the logic of her proposed solution.  Unfortunately, I do not believe that her proposal would do much about the fundamental sources of economic inequality across racial lines, which are the inadequacies of the primary and secondary school systems that most Latino and African American students attend.

“Affirmative action” defined as giving positive weight to a student’s non-white racial status as a consideration for admission to a selective institution of higher education is, as Prof. Cashin’s claims, a blunt instrument for remedying the ills promulgated by the racist structures of American political economy and the generations of private and public discriminatory acts that reinforced it.  Though I decry the spate of recent Supreme Court decisions that further restrict the consideration of race in admissions, I can accept Prof. Cashin’s assertion that affirmative action has become an effective “wedge issue” that is being used effectively by conservative forces to frustrate attempts to enact a wider range of redistributive social policies.

I also agree that if selective universities were to substitute for race the attributes of applicants’ place (school and/or neighborhood with concentrations of poor households, e.g.) that racial minorities would likely disproportionately benefit.  There is a massive and growing body of literature that place-based characteristics (school and public service quality, institutional infrastructure, environmental quality, exposure to violence, peer and role models) are increasingly shaping the opportunities for our children and youth.  Sadly, Latino and African American youngsters disproportionately are exposed to the worst geographic environments in all the aforementioned domains.  To acknowledge in the university admission process the achievements made by students struggling against such constraining places is indeed appropriate and fair.

I could quibble with the likelihood that selective universities will follow Prof. Cashin’s advice by substituting admission standards based on place and “soft” attributes of applicants for quantifiable measures of student body “quality” (such as standardized test scores) because of the American fetish with measurable rankings.  But that would detract from the core of my concern: misdiagnosis.  Implicit in Prof. Cashin’s argument is the notion that the central problem of racial disparity to be overcome is that selective universities are no longer going to offer as many admission slots to Latino and African American applicants if they cannot consider race in the process.  This problem is not trivial, but it pales in comparison to what is much more fundamental: the inability of primary and secondary schools to prepare the majority of Latino and African American students for productive roles in the modern economy and to succeed in post-secondary education.  Put differently, the segregated, poverty-concentrated and typically under-resourced public schools that most students of color attend prepare them poorly to attend, thrive in and graduate from any university, let alone selective ones.

Let me illustrate with the case of my own employer, Wayne State University, located in Detroit.  For decades the only requirement for entrance was a diploma from an accredited Michigan high school.  It was essentially an “open university:” non-racial affirmative action on steroids.  The result was a tremendously racially diverse undergraduate student body.  Unfortunately, it was also a tremendously diverse student body in its ability to do college-level work.  Not surprisingly, the failure rate among our Latino and African American students was epidemic and their rate of graduating within five years was scandalously anemic.  Admitting marginally qualified applicants may make sense from the perspective of marketing the university as an “opportunity institution,” but it does a financial and psychological disservice to those it sets up for failure.

Prof. Cashin offers persuasive arguments for maintaining minority students’ access to selective universities through their adoption of place-based admission criteria.  Unfortunately, the more fundamental shortcomings of the American educational system via-a-vis the vast bulk of Latino and African American students impinge at the primary and secondary school levels.  Tinkering with the bases for affirmative action at selective universities will do nothing to address these basic problems 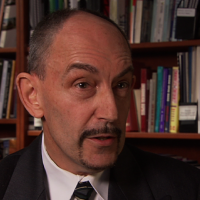 George Galster is the Clarence Hilberry Professor of Urban Affairs at the Department of Geography and Urban Planning, Wayne State University and the author of "Driving Detroit."